In the field of signals intelligence and codebreaking Poland, despite being a small state, distinguished itself by being the first country to solve messages enciphered with the German military’s Enigma machine.

However the Poles did not have similar successes in the field of crypto-security. Their diplomatic, intelligence and resistance movement codes were regularly read by the Germans prior and during WWII.

An interesting case is the solution of the main Polish diplomatic code by the codebreakers of the German High Command’s deciphering department – OKW/Chi, during the 1930’s.


Details on the Polish code are available from TICOM report DF-187G, pages 11-19. This report was written by Wilhelm Fenner, head of the cryptanalysis department of OKW/Chi.
According to Fenner the Polish code used since the 1920’s was 4-figure. Through repetitions in the code values the Germans deduced that this code was enciphered with a simple substitution of the digits. Obviously this system offered limited security. Simply by comparing each day’s most frequent code groups it was easy to figure out the daily substitution. 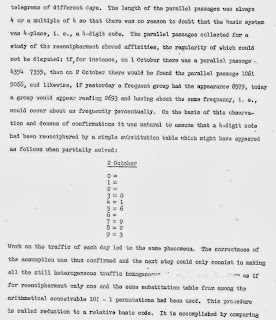 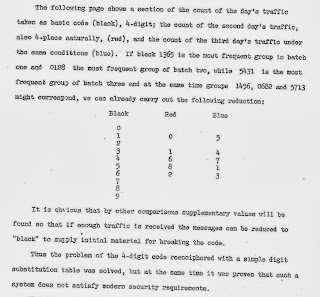 Another serious mistake made by the Poles was that the substitution table for the month was not created randomly but instead had systematic features that helped the Germans in recreating them. Later on the substitution system was replaced with a more secure additive system. Again however the Poles made the mistake of taking half measures. The additive sequences used to encipher the 4-figure code were too short, and they were used for long period of time. This led to messages being enciphered with the same sequences and these ‘depths’ could be exploited by OKW/Chi. 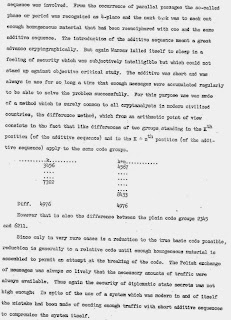 Only during the late 1930’s was the security of this system upgraded by using long additive sequences and having different enciphering tables for incoming and outgoing traffic. Of course one can argue that by then it was too late to make a difference. 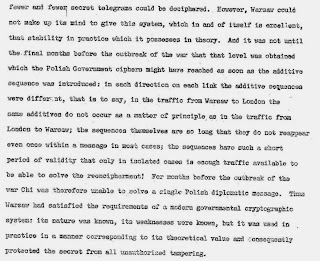 During the war the Poles continued to use additive sequences but these were read by the Germans. This however doesn’t mean that these systems could be exploited at will by them. Instead it was necessary to intercept as much material as possible and to use special cryptanalytic equipment. 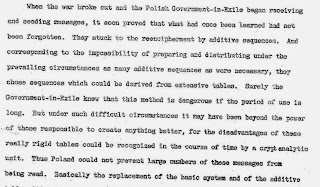