I added the following information in The Irish Government Telegraph Code: 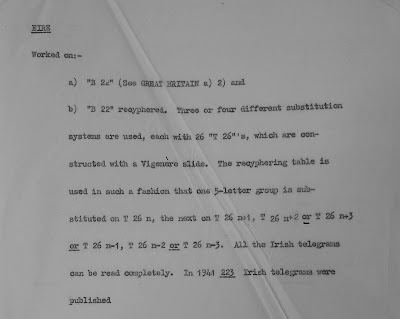 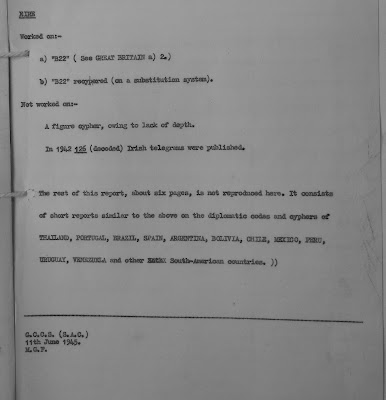 My friend Frode Weierud has started adding material in his site CryptoCellar Tales. Frode is an expert on WWII crypto history and few people know more on the subject. Let’s hope that he continues to write about these cases.
Posted by Christos T. at 12:47 AM No comments: 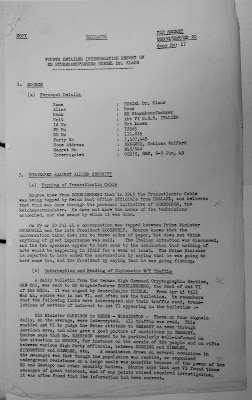 Presentation on solution of historical ciphers

Here is a recent presentation on new methods of solution of historical cipher systems by mr George Lasry.

Well that was fast…

One of the most interesting aspects of Cold War intelligence history is whether the spies recruited by the Western intelligence agencies (mainly CIA and MI6) were supplying real information or whether they were double agents. In his recent article ‘Doubles Troubles: The CIA and Double Agents during the Cold War’, Benjamin B. Fischer (former Chief Historian of the Central Intelligence Agency) makes the case that in Cuba, East Germany and the USSR practically all the CIA agents were in reality under the control of the enemy security services.

‘During the Cold War the Central Intelligence Agency (CIA) bucked the law of averages by recruiting double agents on an industrial scale; it was hoodwinked not a few but many times. The result was a massive but largely ignored intelligence failure. The facts are available from official sources.’

I thought that the article was very interesting and that’s why I linked to it back in January. The article also mentioned Adolf Tolkachev, the so called Billion Dollar Spy. Fischer said:

‘The CIA touts Adolf Tolkachev as its ‘‘billion-dollar spy’’ during the 1980s, asserting that the Soviet electronics researcher saved the Pentagon several times that amount in research and development (R&D) and production costs with purloined information on Soviet military radar and avionics. I believe, however, that Tolkachev was a double agent, in fact the precursor to the dangles who came after his 1985 arrest………..Tolkachev was not the only double on the CIA’s payroll. SE Division was handling another agent encrypted EASTBOUND, who also was selling information on military radars. Soviet and East German sources have confirmed that the anonymous agent was a double. I believe that Tolkachev and EASTBOUND were fraternal twins.’

This article which appeared in a journal with a limited readership seems to have attracted a lot of attention. The 'great' researchers of the National Security Archive have immediately followed up with the transcripts of a Politburo discussion on Tolkachev.

I don’t know why this organization was so interested in this case or how they were able to follow up Fischer’s article so quickly. Since they have such 'superior' investigative skills they could also look into the compromise of Allied codes and ciphers in WWII. That’s research that I’d like to see!
Posted by Christos T. at 7:25 AM No comments:

Email ThisBlogThis!Share to TwitterShare to FacebookShare to Pinterest
Labels: disinformation

Regarding German sigint activities during WWII, the search terms ‘Nachrichten Aufklärung’ and ‘horchtruppen’ bring up many interesting documents. For example: 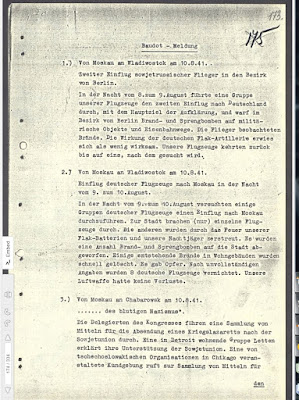 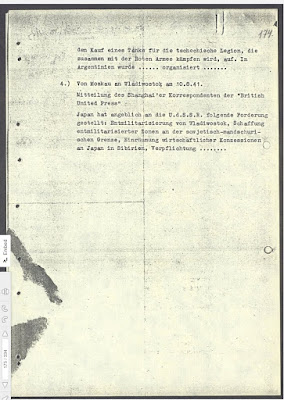 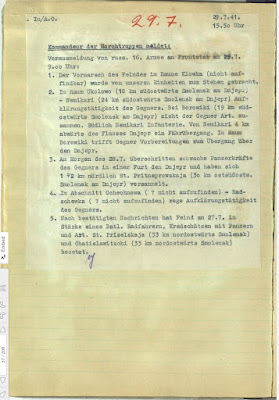 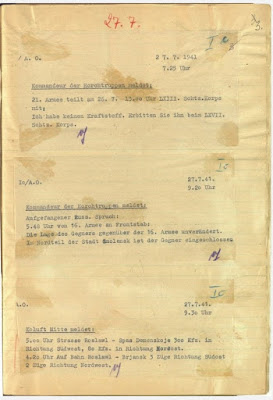 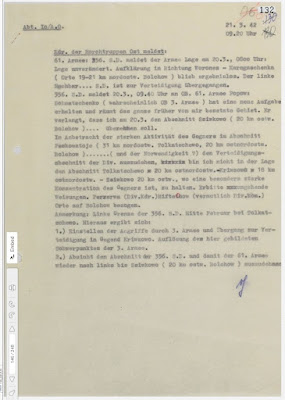 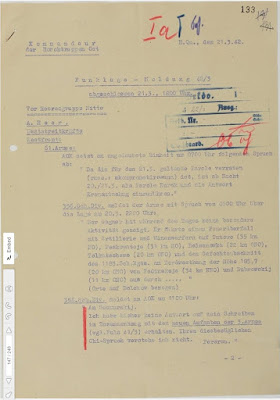 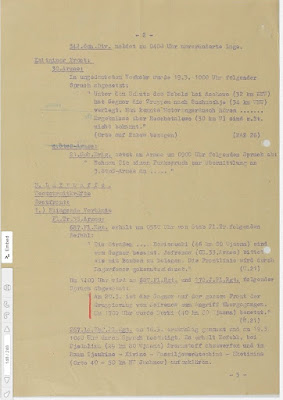 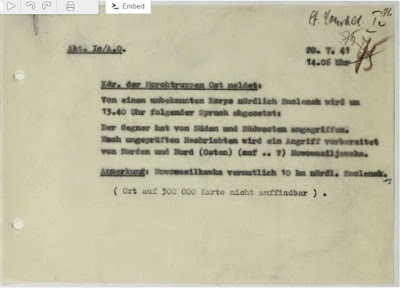 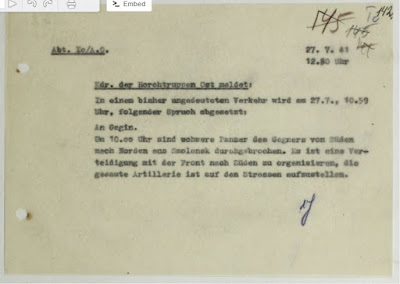 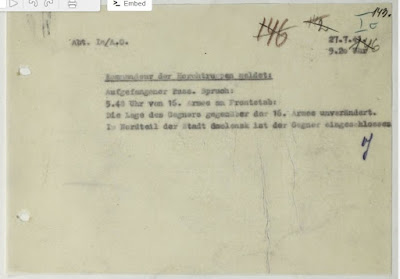 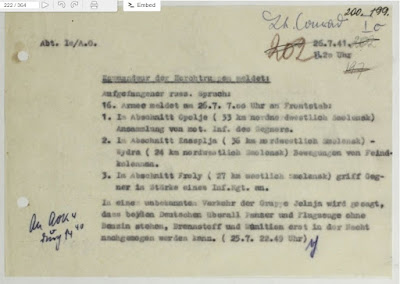 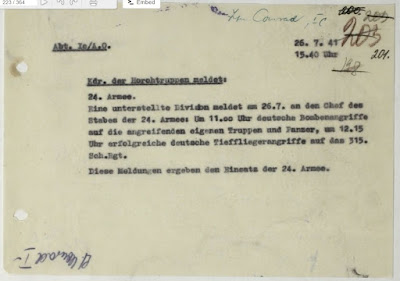 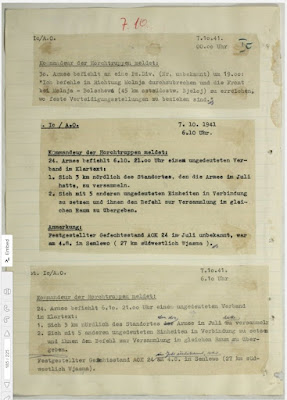 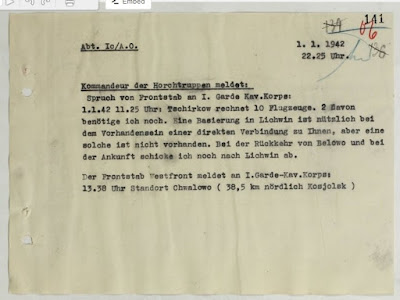 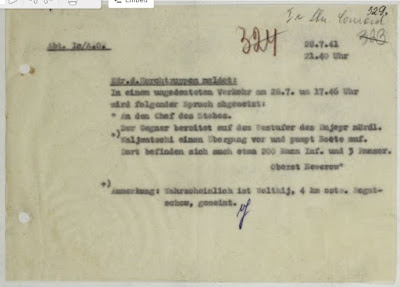 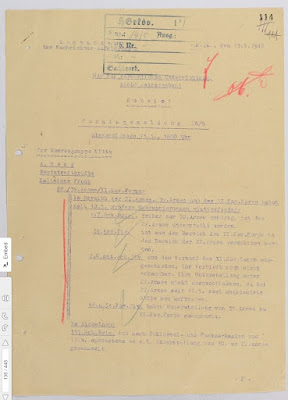 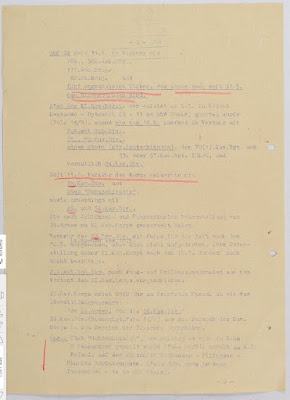 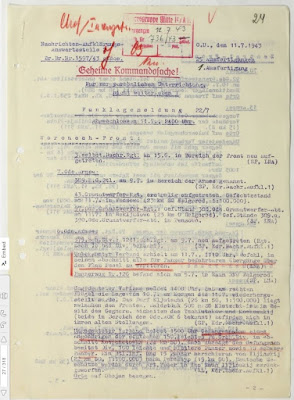 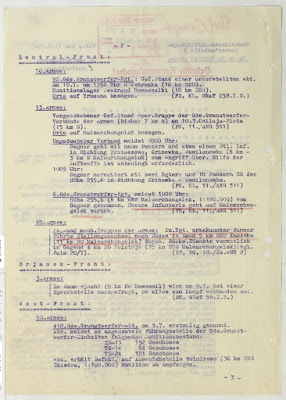 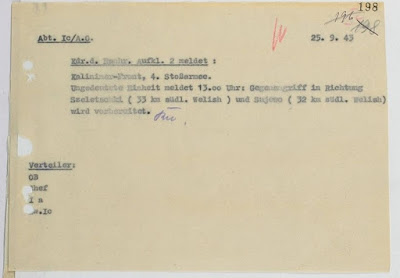 I will be adding some of this information in my essays.
Posted by Christos T. at 12:17 AM No comments: