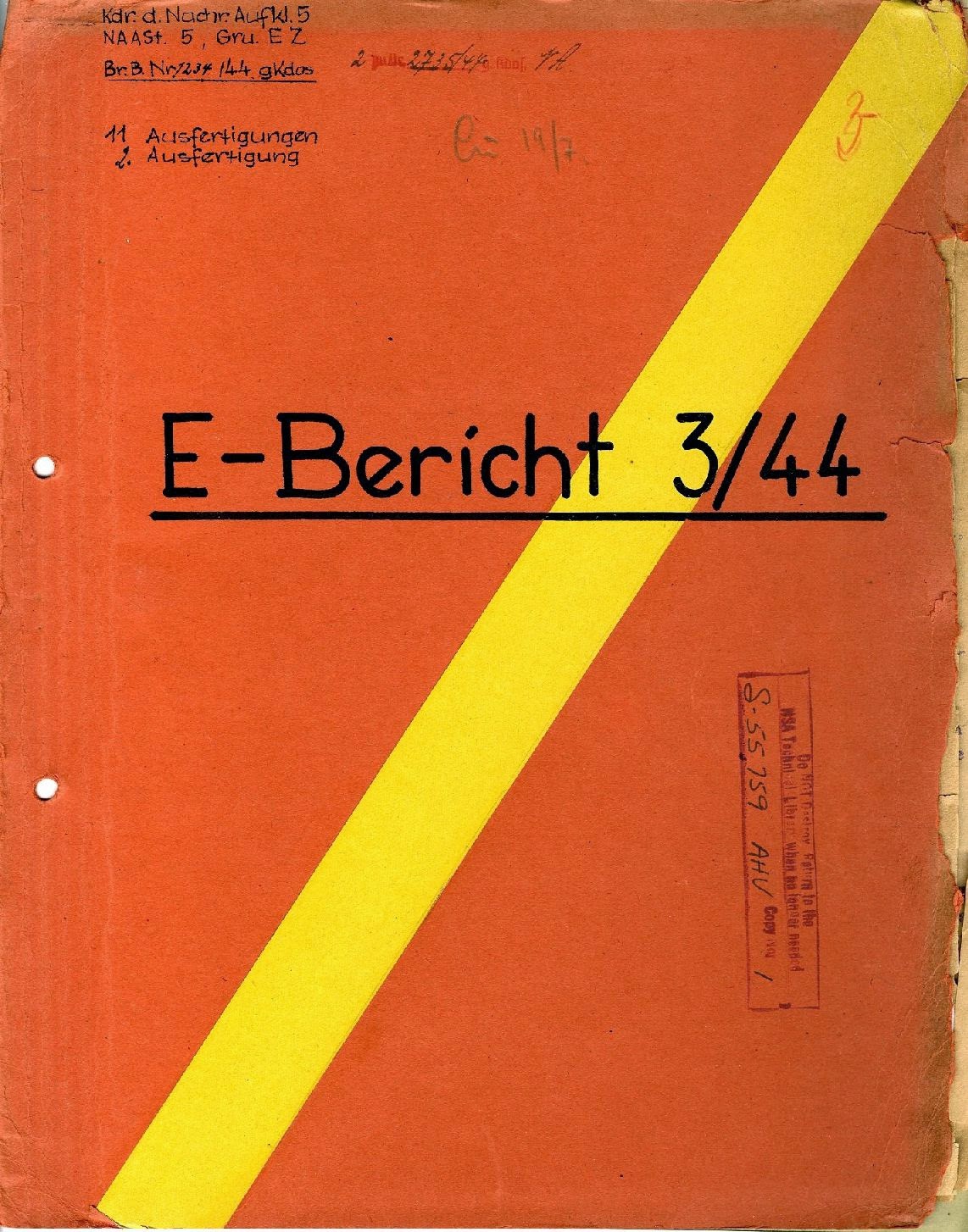 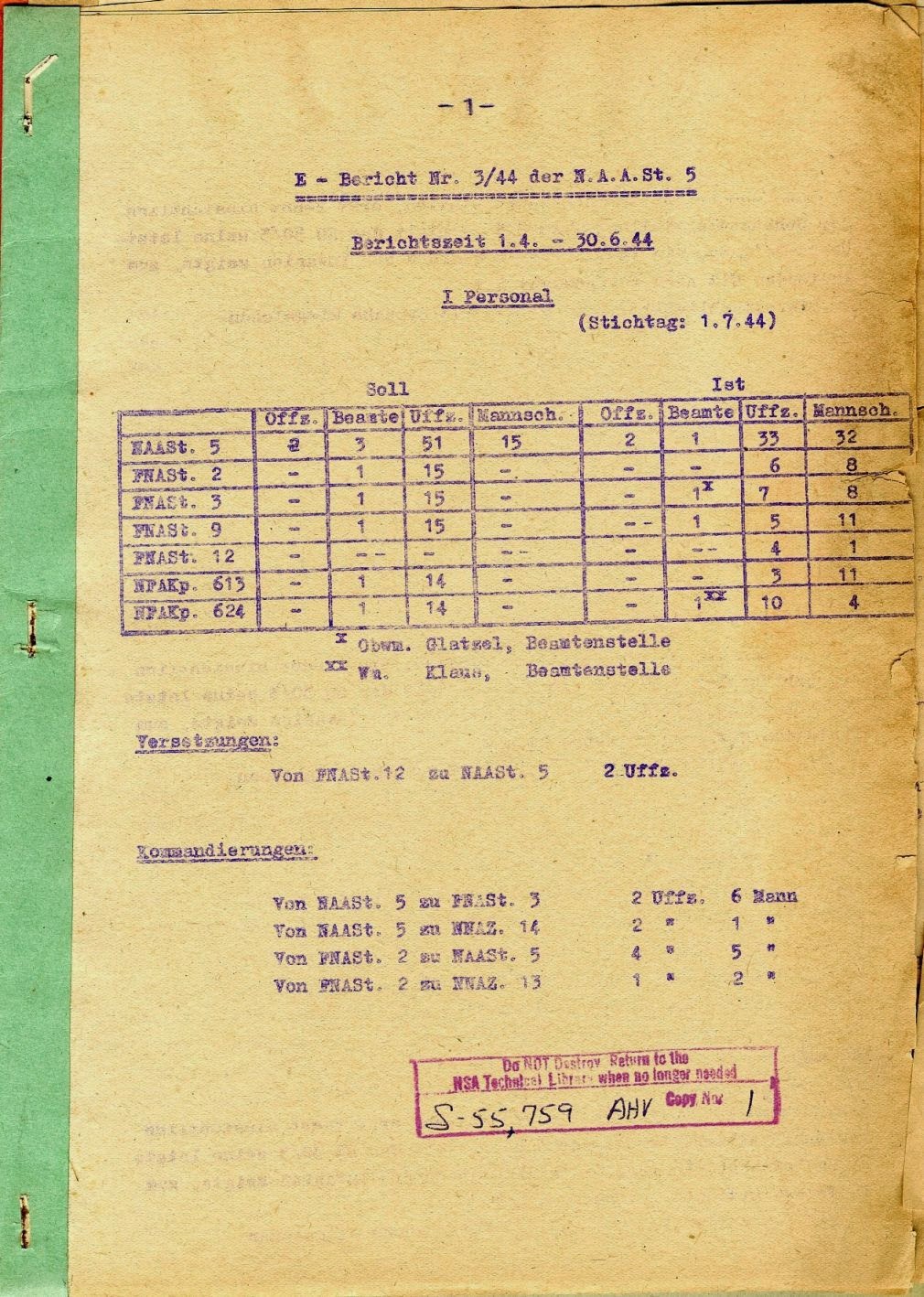 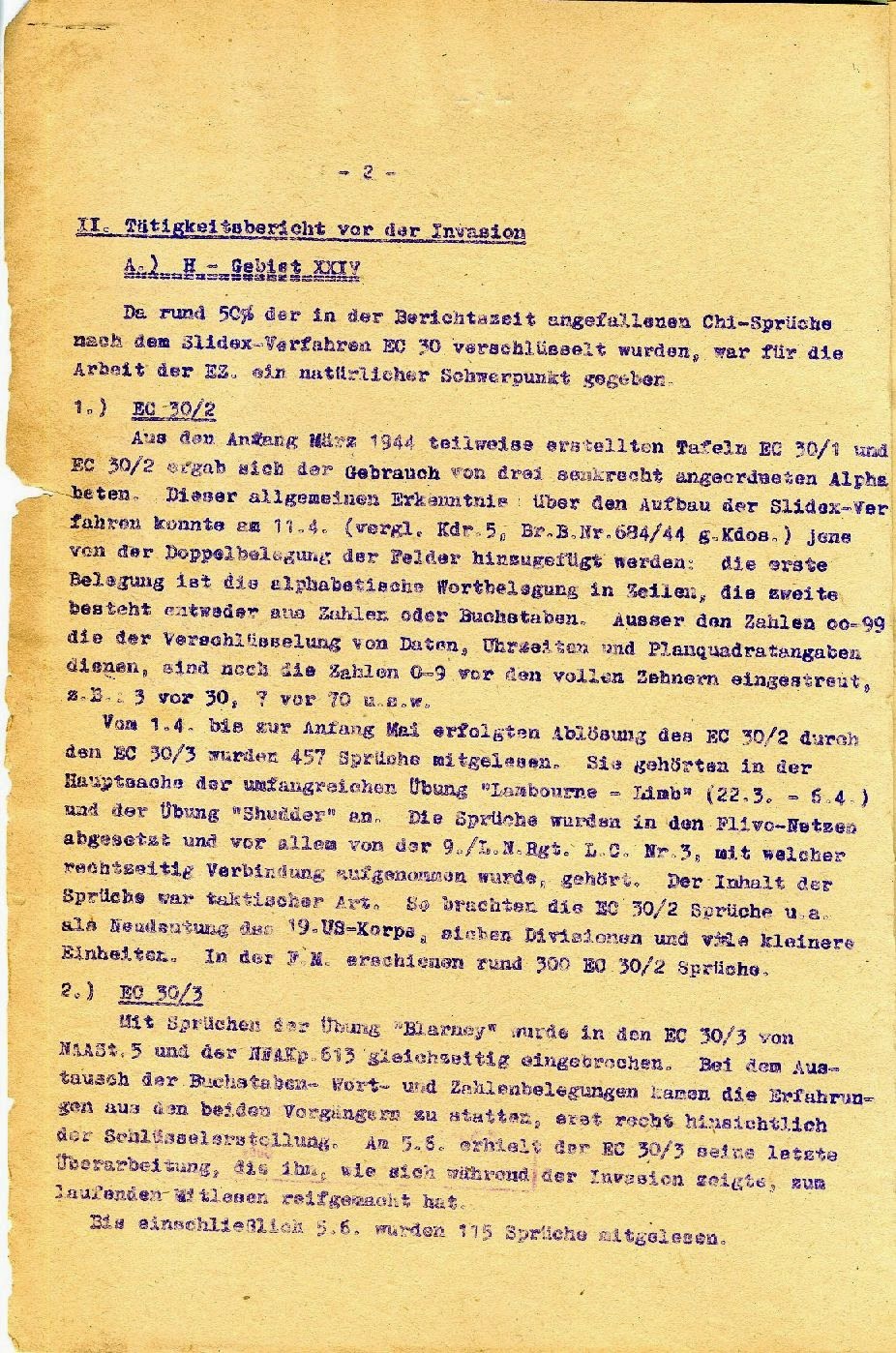 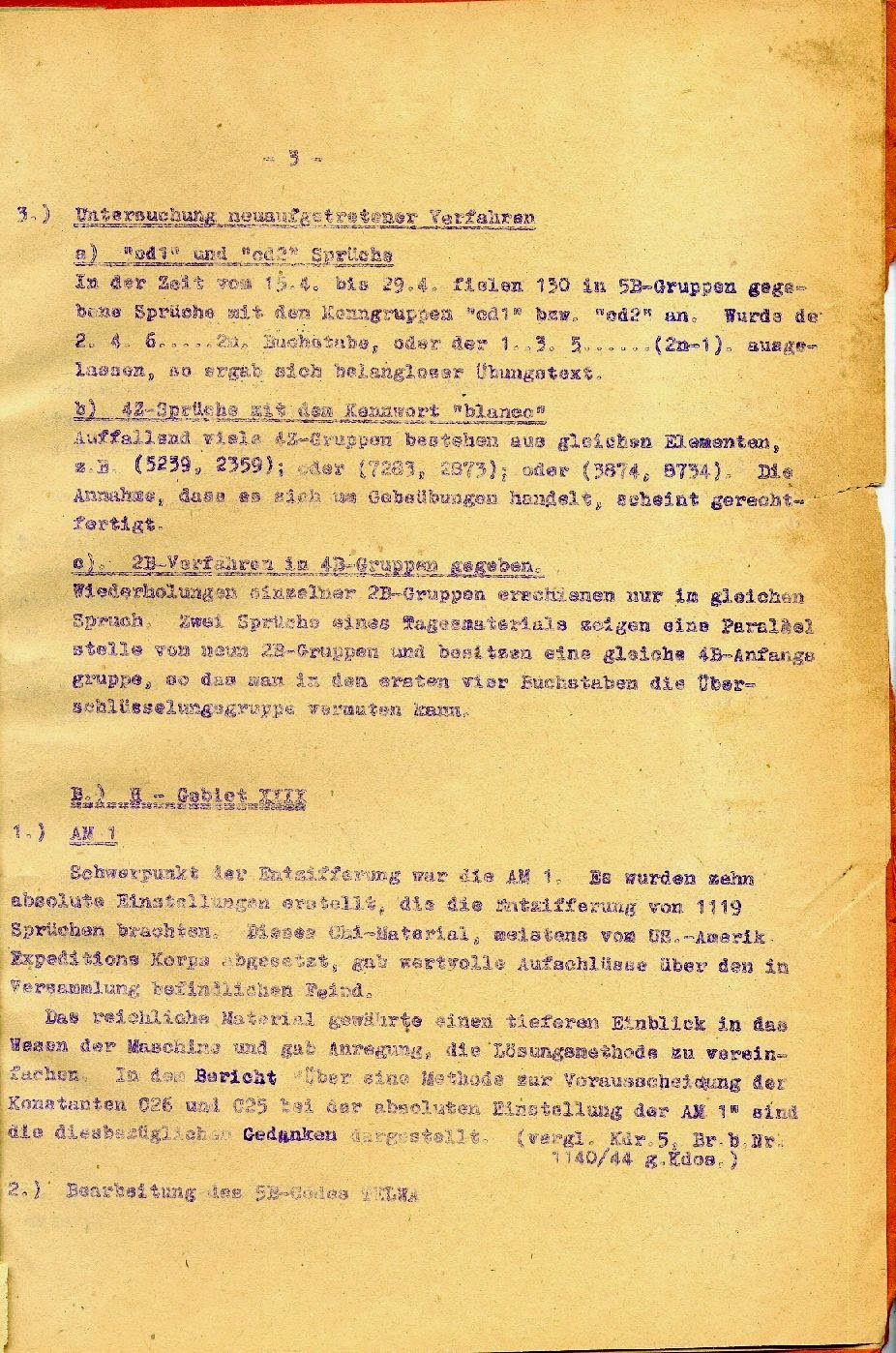 
In complicated cases like this one the only way to find more information is by checking all the available sources. During WWII there was an exchange of information between Germany, Finland and Japan on the State Department’s strip cipher. Some of these messages were intercepted and decoded by the Western Allies, so it is possible to track the progress of the Axis codebreakers through their decoded messages.
Read more »
Posted by Christos T. at 7:37 AM No comments:

Intelligence services collect information from various sources such as magazines, journals, newspapers, government reports, secret agents etc. However the most accurate source has always been the decoded traffic of a foreign state’s diplomatic and military networks. For this reason there has always been a close relationship between a country’s human intelligence and signal intelligence agencies.


During WWII the British foreign intelligence service benefitted from the successes of Bletchley Park versus Axis military, diplomatic and agents codes. Similarly the German foreign intelligence services received summary reports from the Signal Intelligence Agency of the Supreme Command of the Armed Forces - OKW/Chi (Oberkommando der Wehrmacht/Chiffrier Abteilung).
The Sicherheitsdienst was the security service of the SS and its foreign intelligence department Amt VI (headed by General Walter Schellenberg) had some notable successes during the war. According to Schellenberg and two high-ranking SD officials their agency received daily reports from OKW/Chi, containing important diplomatic messages from Bern, Ankara, Algiers, Moscow and other areas.


Since it seems that most of the OKW/Chi archives were destroyed or lost at the end of WWII these statements are important in evaluating the successes or failures of that organization.

1). General Schellenberg was interrogated postwar by the Allies and in ‘Report on interrogation of Walter Schellenberg 27 June- 12 July 1945’, p30 he said:

2). SS-Sturmbannführer Dr. Klaus Huegel was an important SD official with knowledge of German spy activities in Switzerland and Italy. In one of his postwar interrogations he mentioned that from April 1943 to March 1944 he had access to the daily reports sent from OKW/Chi to General Schellenberg. The reports often included US diplomatic messages from Bern, Switzerland, British messages from the Bern embassy, De Gaulle traffic from Algiers to Washington and messages from the Turkish ambassador in Moscow. 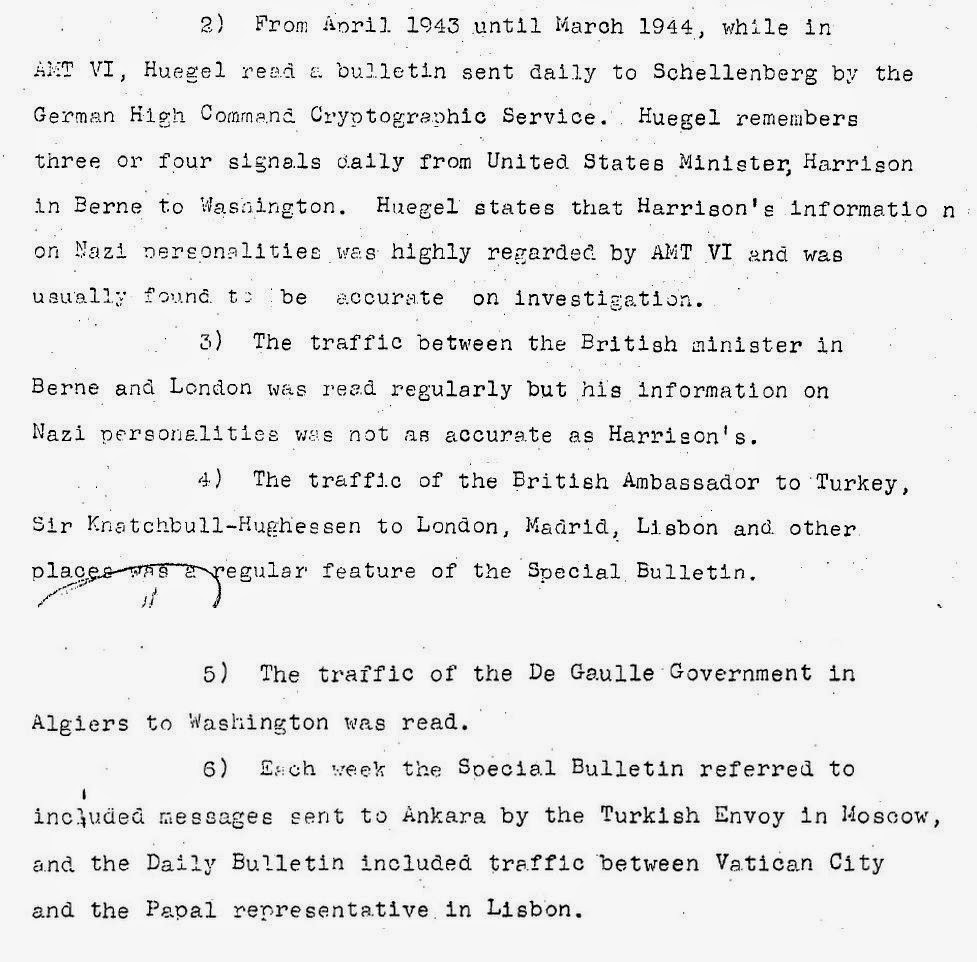 3). Giselher Wirsing was an accomplished author and journalist, who in 1944 joined the SD foreign intelligence department as an evaluator. Wirsing had come to the attention of General Schellenberg due to his clear headed analysis of the global political situation and of Germany’s poor outlook for the future. Under Schellenberg’s protection he wrote a series of objective reports (called Egmont berichte) showing that Germany was losing the war and thus a political solution would have to be found to avoid total defeat. While writing his reports Wirsing had access to the OKW/Chi summaries sent to the SD leadership. According to him the messages ‘did not reveal any startling news‘ but were useful in assessing  information from other sources. He remembered messages from the US, Japanese, Turkish and Bulgarian ambassadors in Moscow,  State Department messages to Paris, traffic from the US mission in the Balkans and messages from the Polish mission in Jerusalem to their London based goverment in exile. 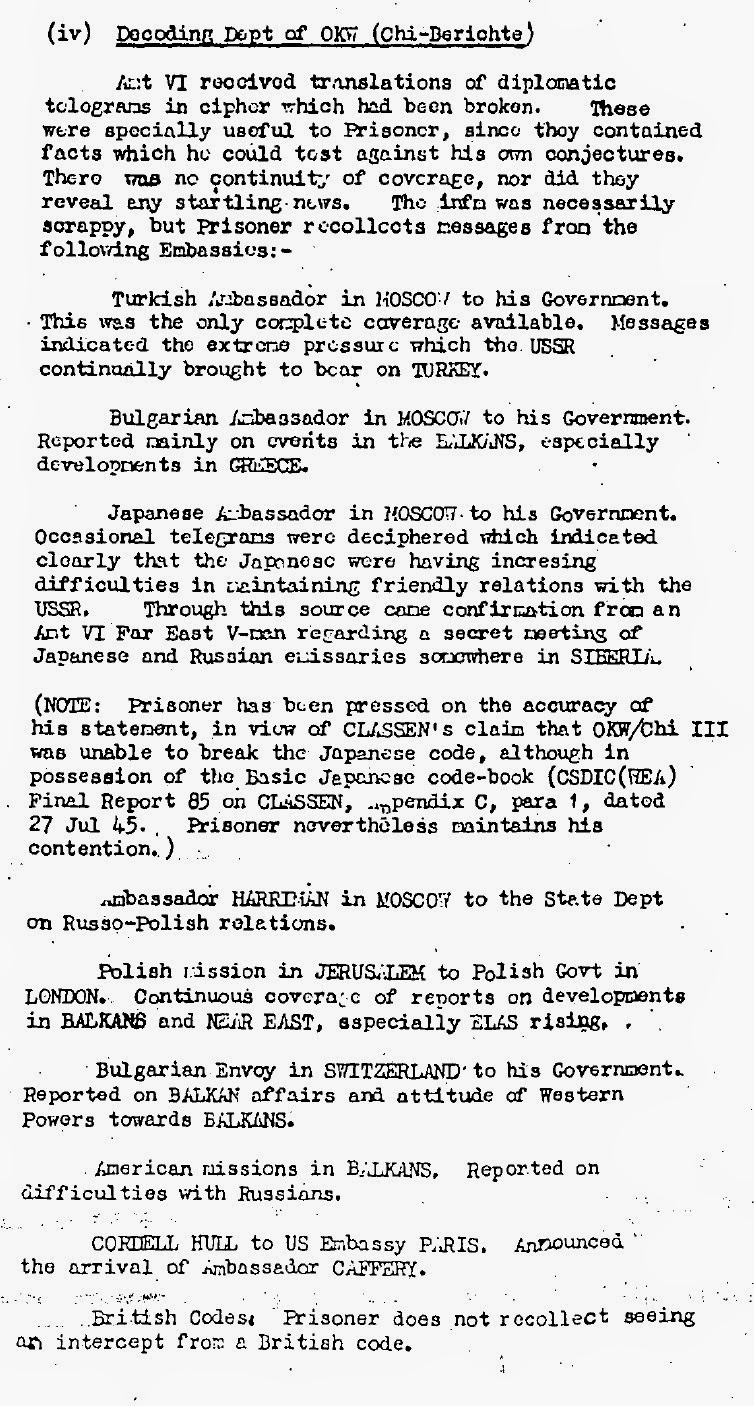 Sources: CIA FOIA reports HUEGEL, KLAUS No 22 and WIRSING, GISELHER No 16,
British national archives KV 2/95 ‘Walter Friedrich SCHELLENBERG: rose to be No. 2 in the S.D. and was close to Himmler’

In my essay German intelligence on operation Overlord the paragraph


Another German agent in Lisbon said in May 1944: ‘the plan of attack favored by the Allies was an assault on La Manche (Cherbourg) peninsula.’ [Source: ‘British intelligence in the Second world war’ vol3 part 2, p61]
is replaced with:


From Lisbon the agent Paul Fidrmuc sent a report correctly identifying the endangered area ‘the plan of attack favored by the Allies was an assault on La Manche (Cherbourg) peninsula’. According to his postwar interrogation he got this information from his agent ‘TOR’ in the UK. 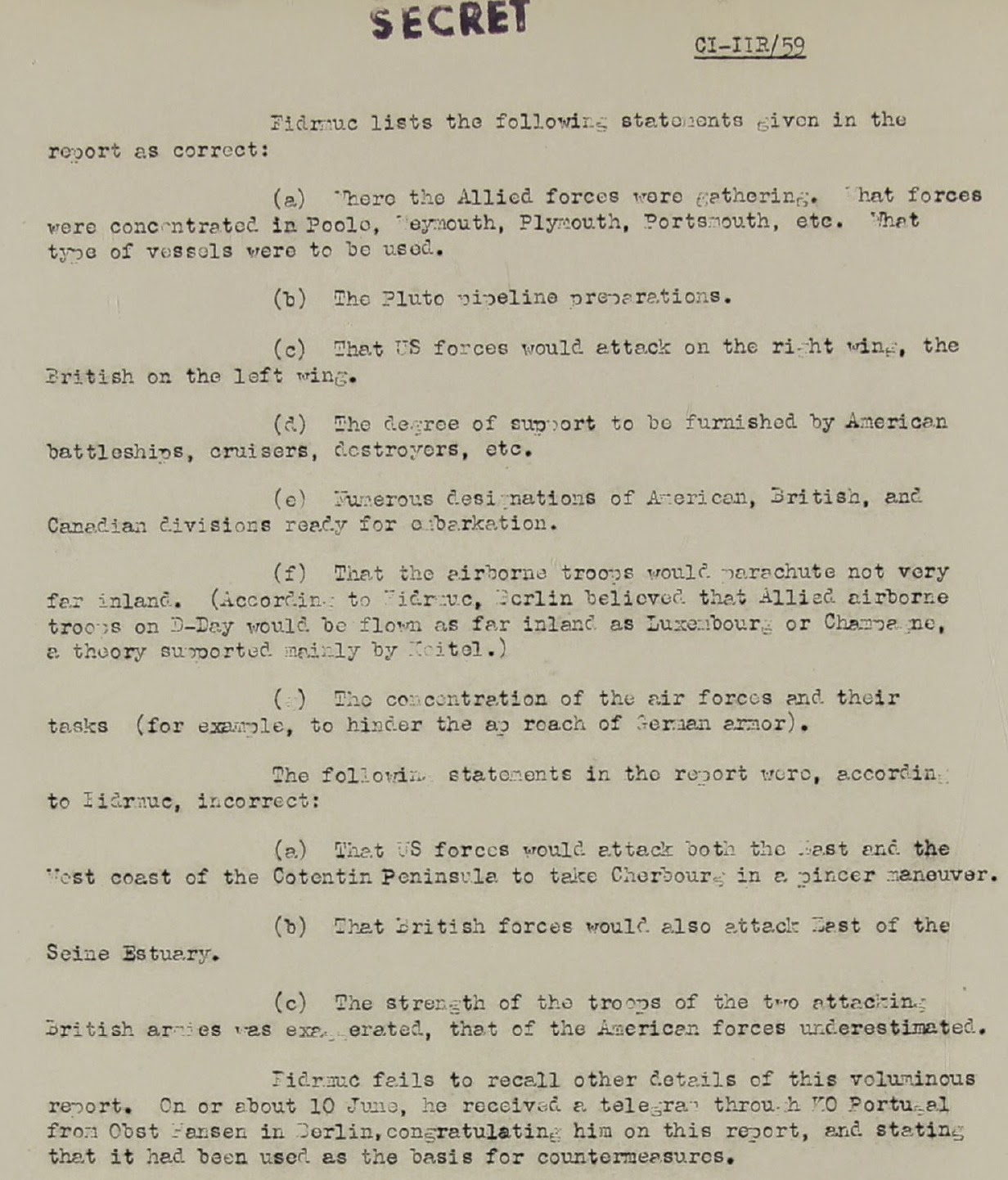 I’ve also located a very interesting report on tank warfare during the Korean War. There is information on the performance of the T-34 tank from US reports and N. Korean POW interrogations. It seems the T-34/85 had serious shortcomings in Korea…I’ll write more about this in the future.

If you like playing around with codes and ciphers the CryptoCrack program created by Phil Pilcrow might be worth checking out. It’s free and can be downloaded here.

In my essays Compromise of OWI - Office of War Information communications and Allen Dulles and the compromise of OSS codes in WWII i’ve looked into the compromise of OSS and OWI communications in WWII. Unfortunately it is very difficult to find detailed information on the cryptosystems used by these organizations in WWII but a report found in SRH-145 ‘Collection of memoranda on operations of SIS intercept activities and dissemination 1942-45’, dated 16 October 1943 says that they used cipher machines and hand systems (M-138 strip cipher and double transposition). 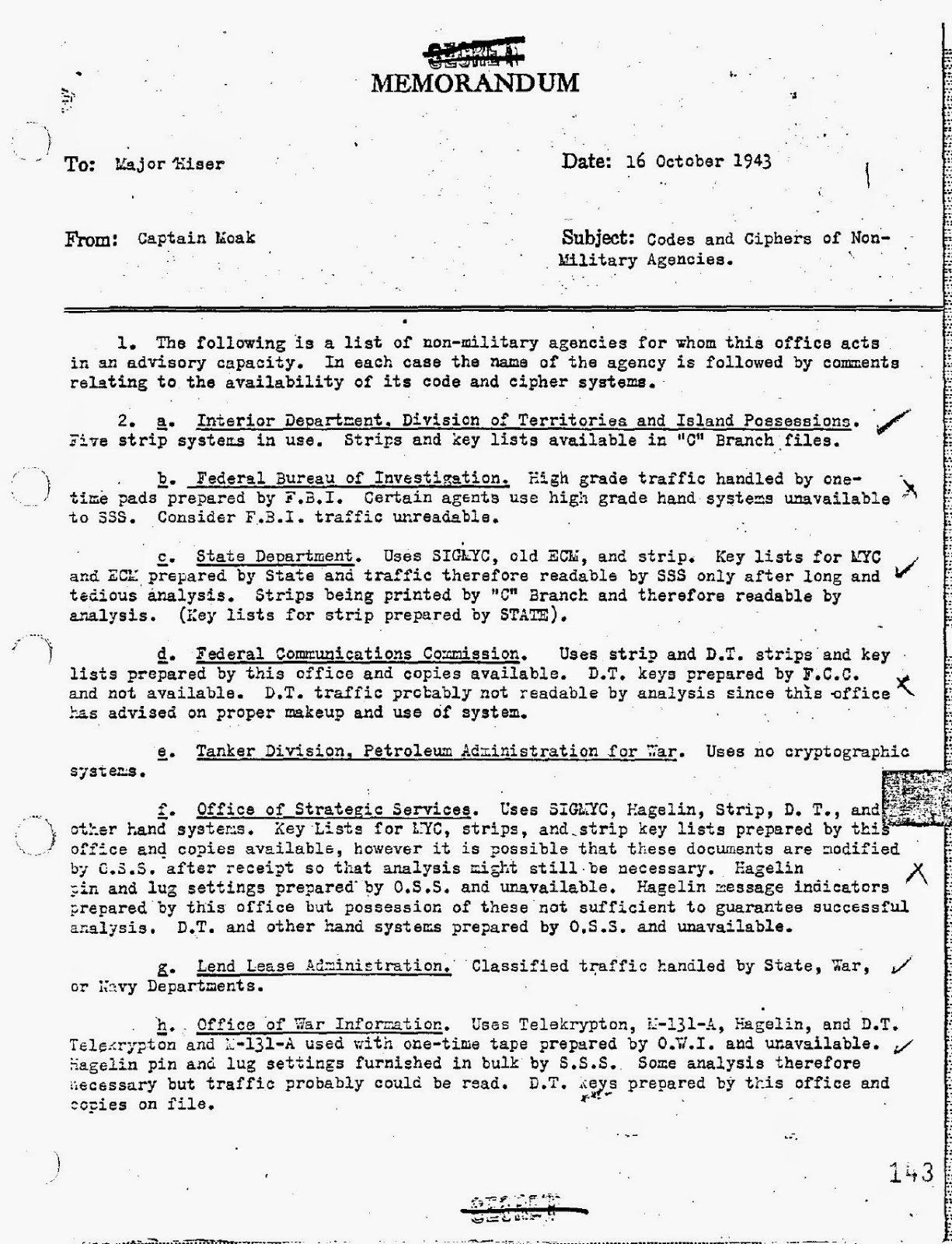 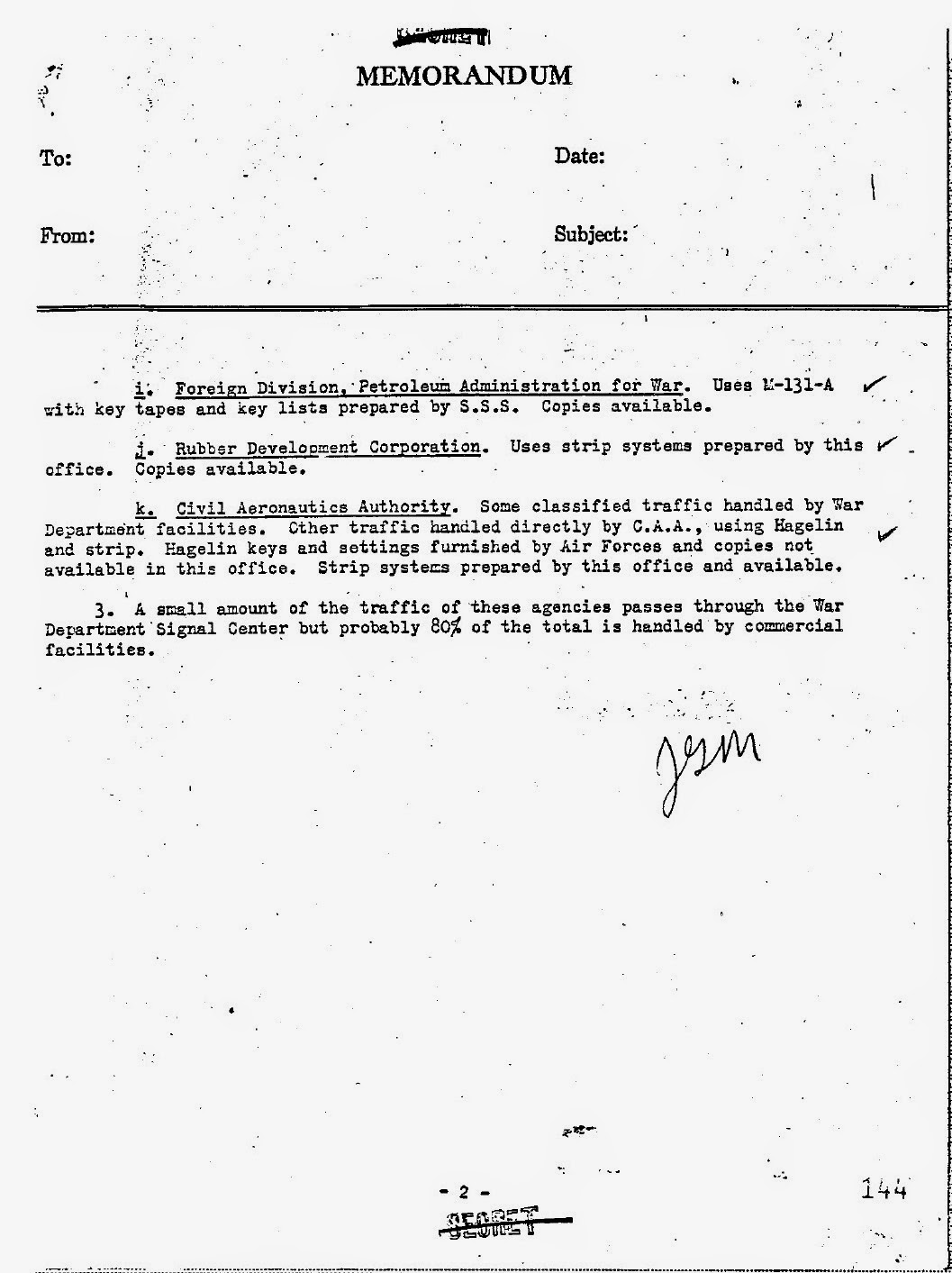 I’ve added this information in the aforementioned essays.
Acknowledgements: I have to thank Rene Stein of the National Cryptologic Museum for sending me SRH-145.
Posted by Christos T. at 11:46 AM No comments: