I added the following pic in Italian codebreakers of WWII.

Also in Japanese codebreakers of WWII I added ‘From 1943 onwards the Japanese could solve the Soviet diplomatic code used by the embassies in Seoul, Dairen, and Hakodate for communications with Moscow and Vladivostok’ under the ‘Japanese Army agency’ paragraph and deleted the similar part from the naval agency. The reports I have are from the Japanese army so it would seem that they were responsible for this success. 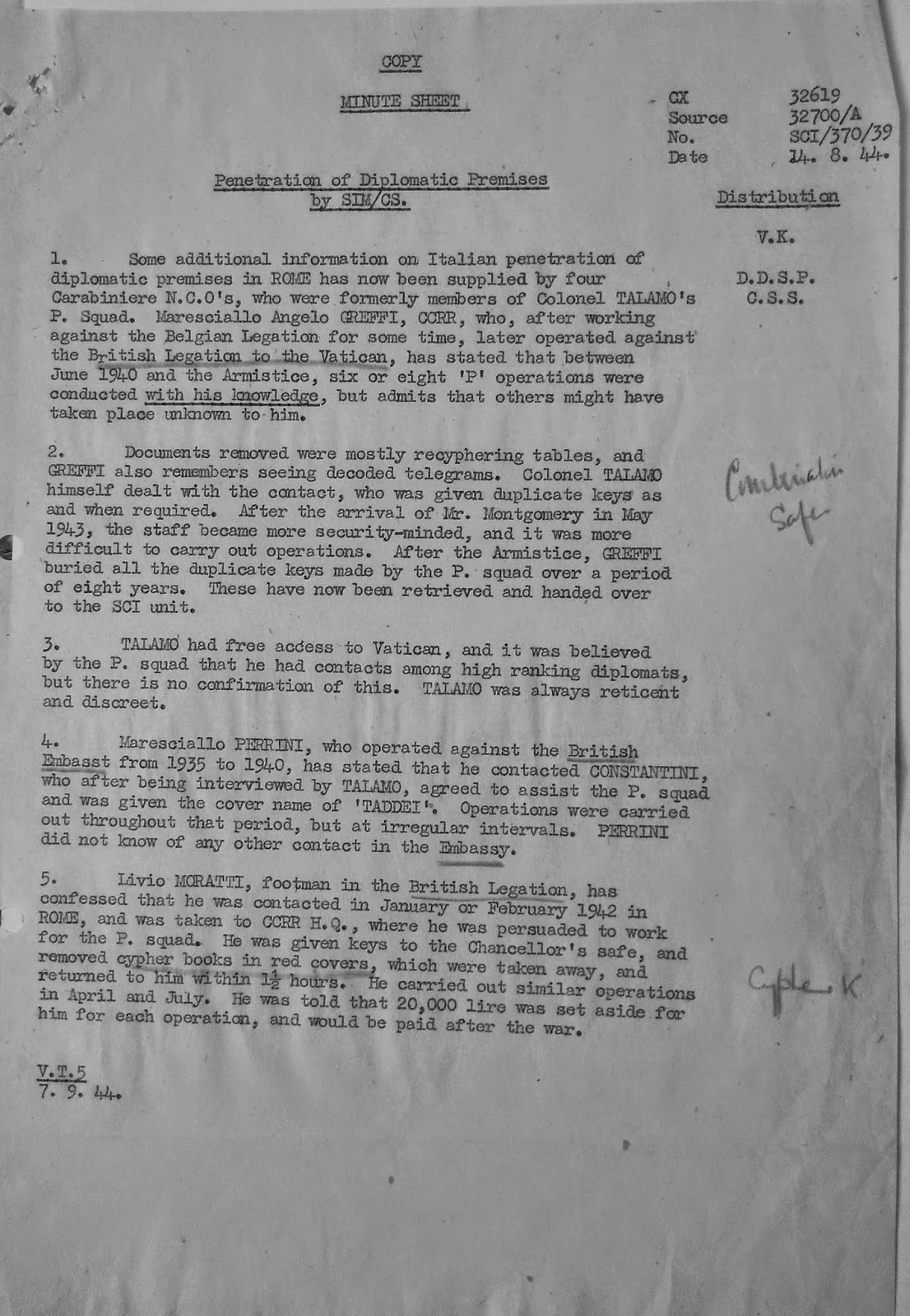 Lots of interesting stories in the news:


Analysis of NSA malware by Kaspersky Lab: ‘Equation Group: The Crown Creator of Cyber-Espionage’.
Compromise of Gemalto, the world’s largest SIM card manufacturer, by NSA and GCHQ: ‘The great SIM heist how spies stole the keys to the encryption castle’.


Al Jazeera publishes leaked spy cables from South Africa's State Security Agency (SSA) and its correspondence with ‘the US intelligence agency, the CIA, Britain's MI6, Israel's Mossad, Russia's FSB and Iran's operatives, as well as dozens of other services from Asia to the Middle East and Africa’.
Interesting stuff! 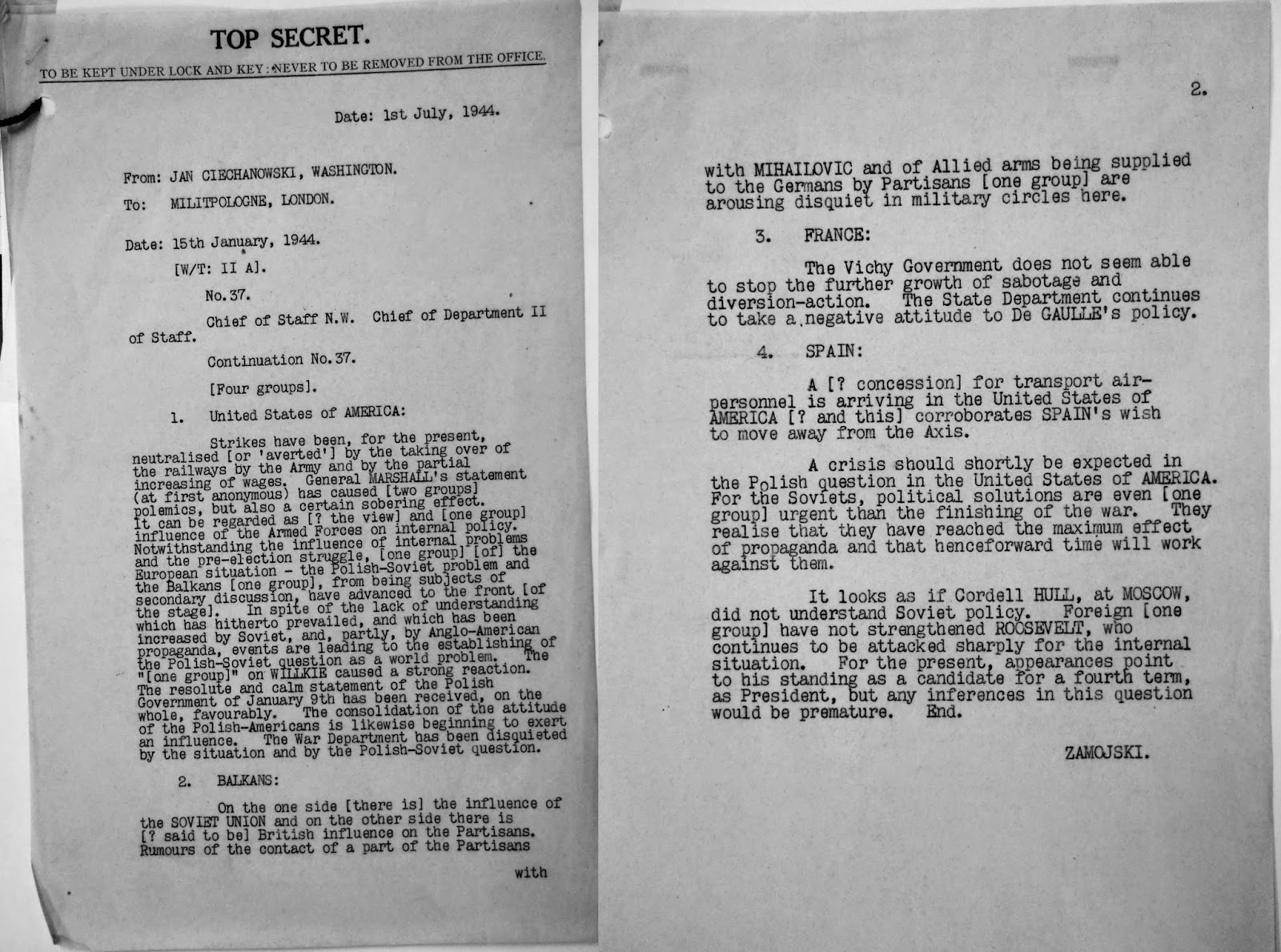 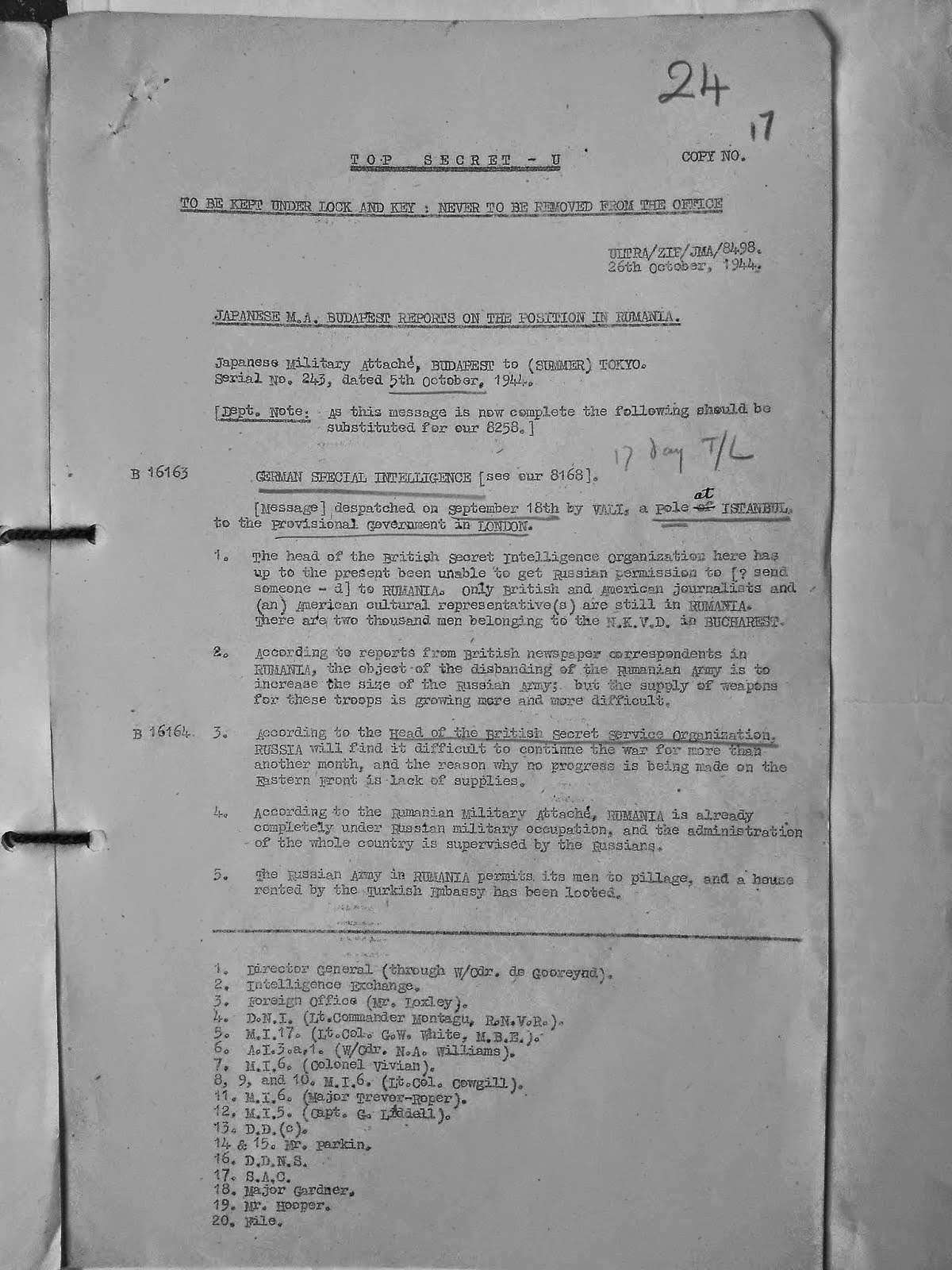 More information on the codebreakers of the Italian Navy

I’ve added a lot of information from the report ‘Italian Communications Intelligence Organization’-Report by Admiral Maugeri with U.S. Navy Introduction in Italian codebreakers of WWII.

1). In US military attaché codes of WWII I added information from the 1974 interview of Frank Rowlett.

2). In German intelligence on operation Overlord I added information from the postwar interrogation of General Walter Warlimont, deputy chief of the Armed Forces Operations Staff.
Posted by Christos T. at 2:34 AM 2 comments:

Mega update of the A-3 essay