The Finnish cryptologic service in WWII

Finland was part of the Russian Empire in the period 1809-1917. In December 1917 the Finnish declaration of independence led to a civil war between the Reds (supported by the Russian Soviet Republic) and the Whites (supported by Germany). In 1918 the anti communist forces won and Finland became an independent country. 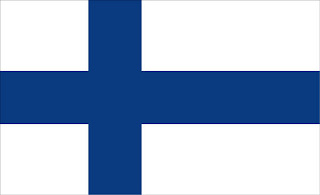 From then on the Finns had to defend their freedom from the newly established Soviet Union. The need to keep an eye on their powerful neighbor forced them to show special interest in radio interception and cryptanalysis.


The Finnish radio intelligence service was built up mainly thanks to the efforts of Reino Hallamaa. Its beginnings date back to 1919 when the Army’s sole radio battalion occupied a former Russian radio station in Suursaari and started intercepting Soviet naval traffic.
The results impressed Hallamaa’s superiors and by 1927 he was given authority to establish a signal intelligence agency. The signal organization was subordinated to the General Staff Intelligence department - Tiedustelujaosto under colonel Paasonen. The signals department was Viestitiedustelutoimisto 2, headed by Hallamaa . There were separate sections for interception, cryptanalysis and evaluation. The Intercept section was the RTK - Radiotiedustelukeskus.


The new department was built up quickly and by 1930 was operating efficiently. During the 1930’s the Finns cooperated closely with the Germans, Estonians, Poles and Swedes in the field of cryptanalysis.
The first test for the new organization came in 1939 when Soviet troops invaded Finland. During the Winter War the Finnish codebreakers proved their worth by solving several Soviet military codes. Through their efforts the movements of Soviet divisions and their supply situation could be followed. This allowed the Army to quickly counter enemy moves.


The codes of several countries were read including the Soviet Union, USA, Britain, Yugoslavia, Rumania, Portugal, France, Turkey, Brazil and the Vatican.
The main emphasis was on Soviet military and NKVD codes and on the US diplomatic strip cipher. In both areas the Finnish codebreakers were very successful.


The top level 5-figure code was also read with considerable success in 1941 and 1942. This was achieved thanks to exchange of information between the Finns and the Japanese.
Soviet naval codes were read, including a double-enciphered one.


NKVD codes used by the Leningrad control station were solved. In this field there was cooperation with the German Army’s codebreakers.
USA


The major Finnish success was with the US State Department’s M-138-A strip cipher. This was a high level system using 30 letter strips (chosen out of 50) in order to encipher plaintext. The strips were inserted into a metal frame and arranged so that the message was spelled vertically in the first column. Then another column was chosen which provided the ciphertext. 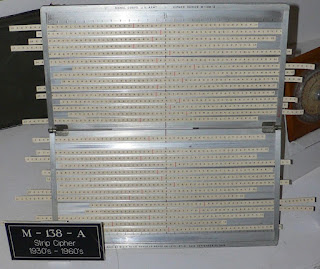 It seems that their solution of this system depended on German help. According to several sources they received US strips and enciphering instructions (almost certainly of Japanese origin) from the Germans in 1942.


Thanks to the M-138 success the messages of US embassies in Helsinki, Moscow, Kuibyshev, Madrid, Berne, Cairo, Tehran, Lisbon, Vatican, Ankara and Rio de Janeiro were read.
The low level Gray and Brown codes were also read.


Turkey
Turkish diplomatic codes (4-figure) were extensively read. Turkish traffic was important because as a neutral power Turkey had embassies in both Allied and Axis countries.


Britain
The British Government Telegraph Code was acquired from the Germans. In addition an enciphered code was solved by the Finns.


Yugoslavia
The codes of the Yugoslav partisans (Tito and Mihailovich) were read. They gave insights on the military and political situation in Yugoslavia.


In 1939/40 the British came to an agreement with the Finnish radio service. They would supply them with equipment and funds in exchange for their intercepted traffic and their cryptanalytic solutions.
Cooperation with Germany


The Finns exchanged results with several German agencies.
Contact with OKW/Chi was established in 1927. Originally the focus was only on Soviet codes. During the war there was also cooperation on the US diplomatic strip cipher. Fenner, head of the cryptanalysis department of OKW/Chi said in a postwar interrogation that in 1943 or 1944 two of his analysts (Schulz and Franz) went to Finland to ‘clarify the solution of the American strip system’.


The Luftwaffe’s signal intelligence agency cooperated with the Finns on traffic analysis and evaluation but not on cryptanalysis. A detachment worked with them at Mikkeli and Sortavala.
The Army’s signal intelligence agency exchanged traffic and results on Soviet military and NKVD codes. Unit NAA 11 (Nachrichten Aufklärung Abteilung) operating in Finland received material from the Finns. The Army’s cryptanalytic centre in the East HLS Ost also shared results.  According to postwar reports Enigma machines with specially wired wheels were used for communication between the Finnish agency and the Army’s central cryptanalytic department in Germany.


The Navy’s signal intelligence agency received naval intercepts from the Finns as they had better reception of Baltic traffic.
Cooperation with Japan


Major Eiichi Hirose was sent to Finland to exchange results with their codebreakers. Also General Makoto Onodera who was military attaché in Stockholm financed the Finnish crypto service in exchange for copies of their work.
The Finnish solutions of Soviet and US codes were passed on to the Japanese. The Allies learned of this arrangement from reading Japanese messages. For example: 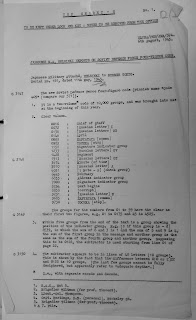 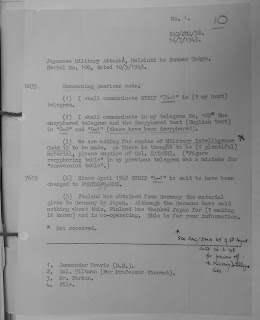 Cooperation with Sweden
From 1939 onwards relations between the Finns and the Swedish signals intelligence service - FRA (Försvarets Radioanstalt) were very close. Both countries exchanged results on several foreign crypto-systems. The Swedish mathematician Arne Beurling visited Finland to work with their cryptanalysts.


Cooperation with Hungary
The Hungarians supplied the Finnish cryptologic service with intercepts. They also gave the Brazilian code to the Finns.


Cooperation with Poland
In the prewar period a Finnish cryptanalyst was sent to the Polish cryptologic service and in exchange the Poles were given solved Soviet naval codes.


Cooperation with Estonia
The Estonian intelligence service under Captain Kalmus cooperated with the Finns in the 1930’s.


In September 1944 Finland signed an armistice with the Soviet Union. Paassonen and Hallamaa anticipated this move and fearing a Soviet take-over of the country had taken measures to relocate the radio service to Sweden. This operation was called Stella Polaris (Polar Star).
In late September roughly 700 people, comprising members of the intelligence services and their families were transported by ship to Sweden. The Finns had come to an agreement with the Swedish intelligence service that their people would be allowed to stay and in return the Swedes would get the Finnish crypto archives and their radio equipment.


At the same time Hallamaa gathered funds for the Stella Polaris group by selling the solved codes in the Finnish archives to the Americans, British and Japanese.
The Stella Polaris operation was dependent on secrecy. However the open market for Soviet codes made the Swedish government uneasy. In the end most of the Finnish personnel chose to return to Finland, since the feared Soviet takeover did not materialize. Hallamaa went to France and then Spain where he spent the rest of his life.


Conclusion
Finland was able to win its independence in 1918 but in order to remain a free country it had to be constantly watchful of Soviet activities.


The radio intelligence service was small but well organized and capable of solving the codes of its main adversary. Thanks to its operations the small Finnish army was able to inflict heavy losses on the Soviet troops during the Winter War.
In the period 1941-44 the Finns solved not only Soviet codes but also the systems of several other countries. Their solution of the State Department’s high level system gave them insights into global US policy.


These successes couldn’t alter the direction of the war but still the superior performance of the Finnish codebreakers was recognized by both friend and foe. The Germans considered their personnel outstanding and the Americans did not expect that they could have solved their high level strip cipher.
In sheer cryptanalytic ability the Finns ranked among the best in WWII.