Traffic of other US government agencies

Apart from purely diplomatic traffic the Axis powers were also able to read some of the messages of other organizations that were occasionally enciphered with State Department systems. I’ve covered the compromise of the communications of the Office of Strategic Services, the Office of War Information and the Military Intelligence Service but these were not the only agencies affected.

According to US reports from 1943 and 1944 (1), separate M-138-A alphabet strips were used by the State Department for messages of the Foreign Economic Administration, War Shipping Administration, Office of Lend-Lease Administration and the War Refugee Board. 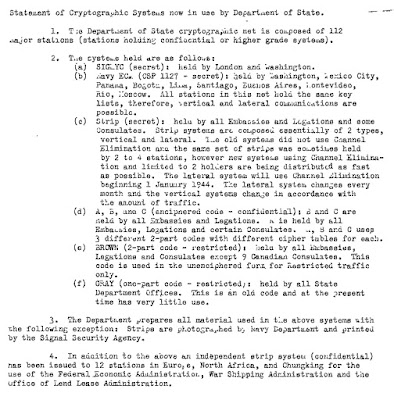 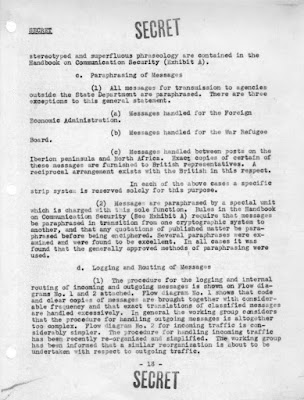 The State Department files on the Strip Cipher (2) show that a set of strips titled 00-1 (and key table C) was introduced in late 1943 for enciphering the confidential traffic of other US government agencies. In January 1944 the sets 00-2 and 00-3 were sent to the embassies in Algiers (Free French), Turkey, Egypt, UK, Calcutta, Portugal, Spain, India, Sweden, Iran, Iraq, Beirut. 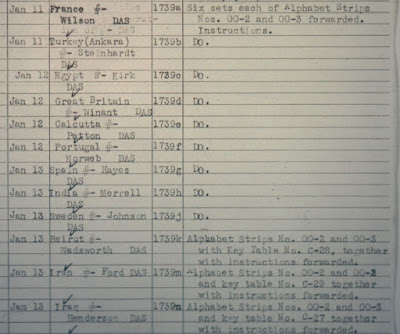 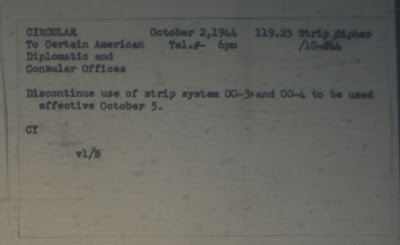 Was the traffic of these organizations also compromised? It seems so, as some German decodes of State Department traffic contain information on economic matters and Lend Lease shipments (3) and the book ‘Hitler, the Allies, and the Jews’ mentions several War Refugee Board telegrams that were decoded by the Germans (4).

Unfortunately we will have to wait for the release of more classified reports, from the NSA and the State Department, in order to assess the full extent of this compromise.

(3). For example in Decoded US diplomatic messages from 1944 and German special intelligence, the M-138 strip cipher and unrest in India