One of the systems employed by the German forces for their telephone/teletype communications was the drehkreuz lines. When used together with frequency carrier equipment they carried a large number of voice and teletype channels. 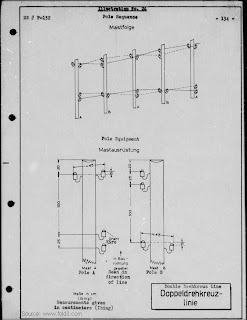 However in the Eastern front there was a serious problem for German wire communications. The Soviet partisan movement attacked the telephone poles daily, especially in the area of Army Group Centre.
In order to protect their communications the Germans used strong points , pursuit detachments and  telephone poles filled with explosives. Once someone tried to cut them down the explosives went off. 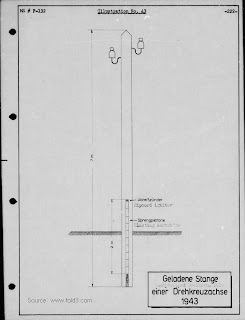 The last measure  had the expected result but only for a while. The partisans overcame the problem by forcing villagers who lived nearby to cut the poles.
Source: Foreign Military studies : P-132  ’’Signals Communications in the East – German experiences in Russia’’ – 1954  ,p219-20 (available in the fold3 site)