An interesting event is described in Ticom D-60 which contains private papers of Dr Erich Huettenhain chief cryptanalyst of OKW/Chi.
In January 1943 the Italian Navy demonstrated a cipher teleprinter to German military authorities in Rome.This machine had seven  wheels.Five enciphered the respective Baudot impulses and the other two acted as the drive for the rest.
The Germans had a crypto-expert among the crowd but did not inform their Italian allies of this.Their conclusion was that the teleprinter was not up to the standards required by the German armed forces.It could be solved with a message of 6.000 characters or several adding up to 10.000. 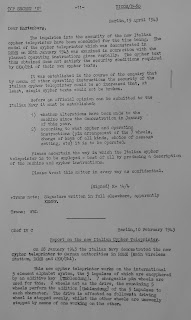 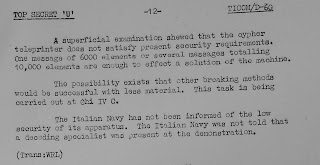 Was the teleprinter actually used in the field ? The only other reference I have is from ‘’Colossus: the secrets of Bletchley Park's codebreaking computers’’  p472 :
Much less is known about the practical use of a cipher teleprinter machine built by the Olivetti company (Italian patent 387 482, 30 January 1941). This had five cipher wheels and two motor wheels, producing only a weak irregularity.