Operation Overlord and the secret messages of the BBC

During WWII resistance movements in German occupied Europe were organized and supported by the British intelligence services SIS and SOE. Messages to their agents in Europe were sometimes transmitted through the radio program of the British Broadcasting Corporation. Agents were told to listen to the BBC at a specific time and wait for a prearranged message whose meaning would be known only to them.


The German intelligence agencies however knew of this arrangement and through their agents in the Resistance were able to learn of the meaning of some of these messages. In the run up to the Normandy invasion, the Germans were able to deduce from the BBC‘s messages that the Allied invasion was imminent and that the Resistance had been given orders to attack the German forces in France. 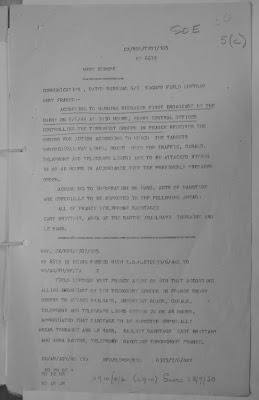