In complicated cases like this one the only way to find more information is by checking all the available sources. During WWII there was an exchange of information between Germany, Finland and Japan on the State Department’s strip cipher. Some of these messages were intercepted and decoded by the Western Allies, so it is possible to track the progress of the Axis codebreakers through their decoded messages.

For example a message sent from the Japanese military attaché in Helsinki, Finland to Tokyo, Japan in January 1943 lists the alphabet strip solved by the Finnish codebreakers in the previous year (1). 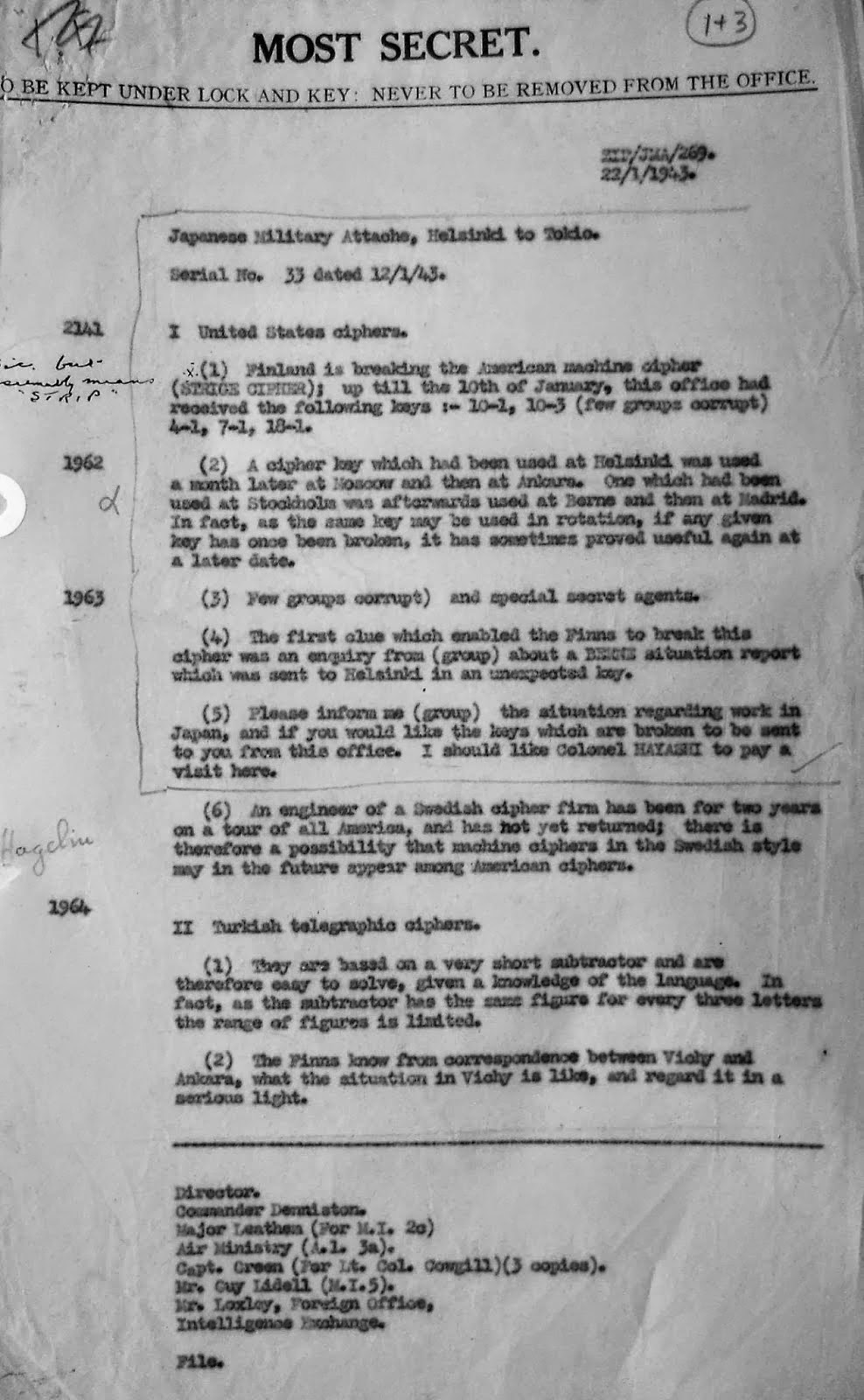 Similar messages were decoded by the Allies in the period 1943-45. The cryptosystem used, during that period, by Japanese attaches for transmitting information on Allied codes and ciphers was called JAT. This was a digraphic-tetragraphic letter code used together with a book containing random 4-figure groups and a Gronsfeld type square with 10 substitution alphabets (2). First the message was encoded using the letter code and then a starting point was selected in the random number book (which contained 500 pages with 100 4-digit groups in each page). The numerical sequence was written underneath the encoded text and each letter was coupled with the underlying digit and then substituted using the Gronsfeld square. The receiving party would check the indicator of the message in order to identify the starting point of the ‘key’ in the 4-figure book and follow the same instructions to decipher and decode the message. 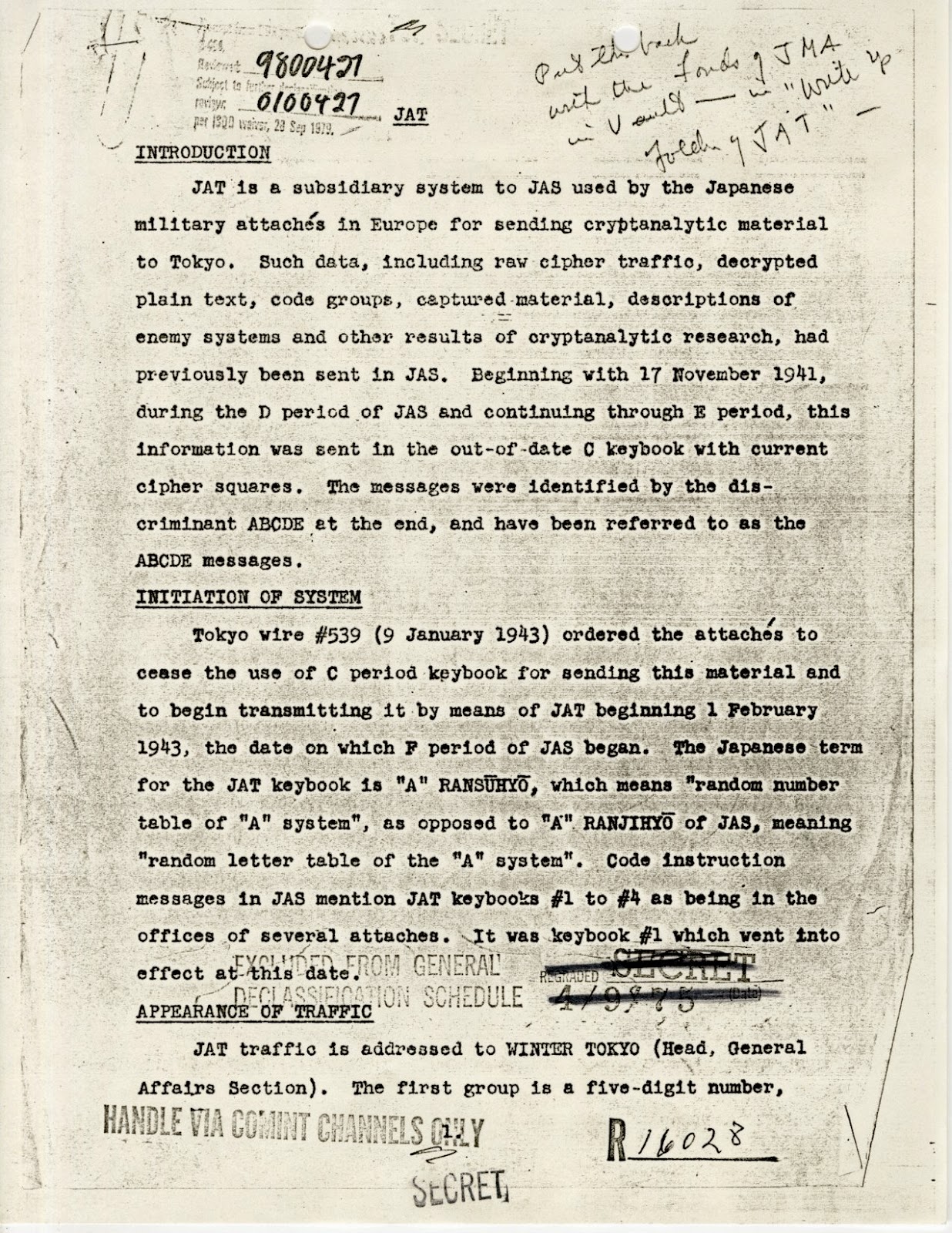 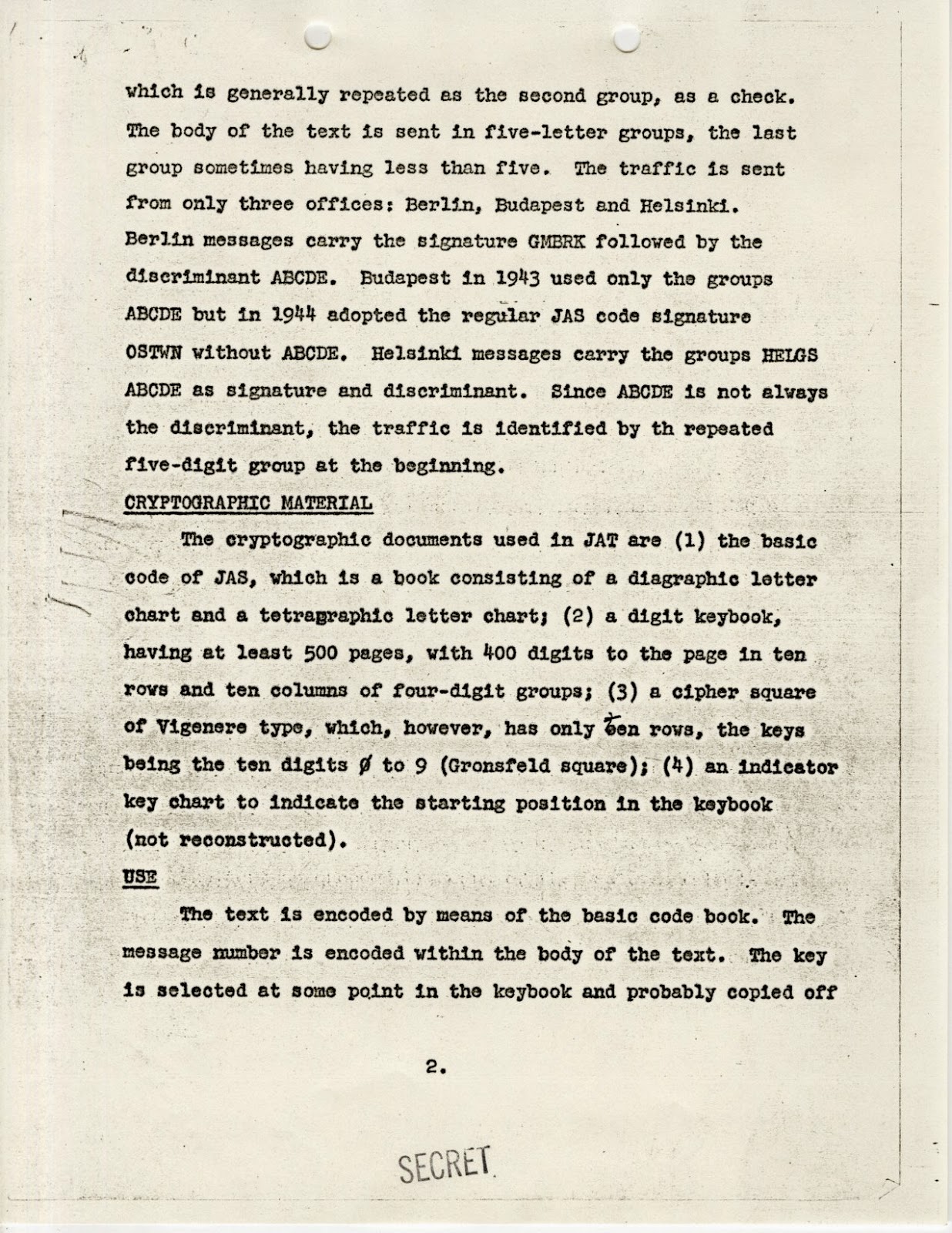 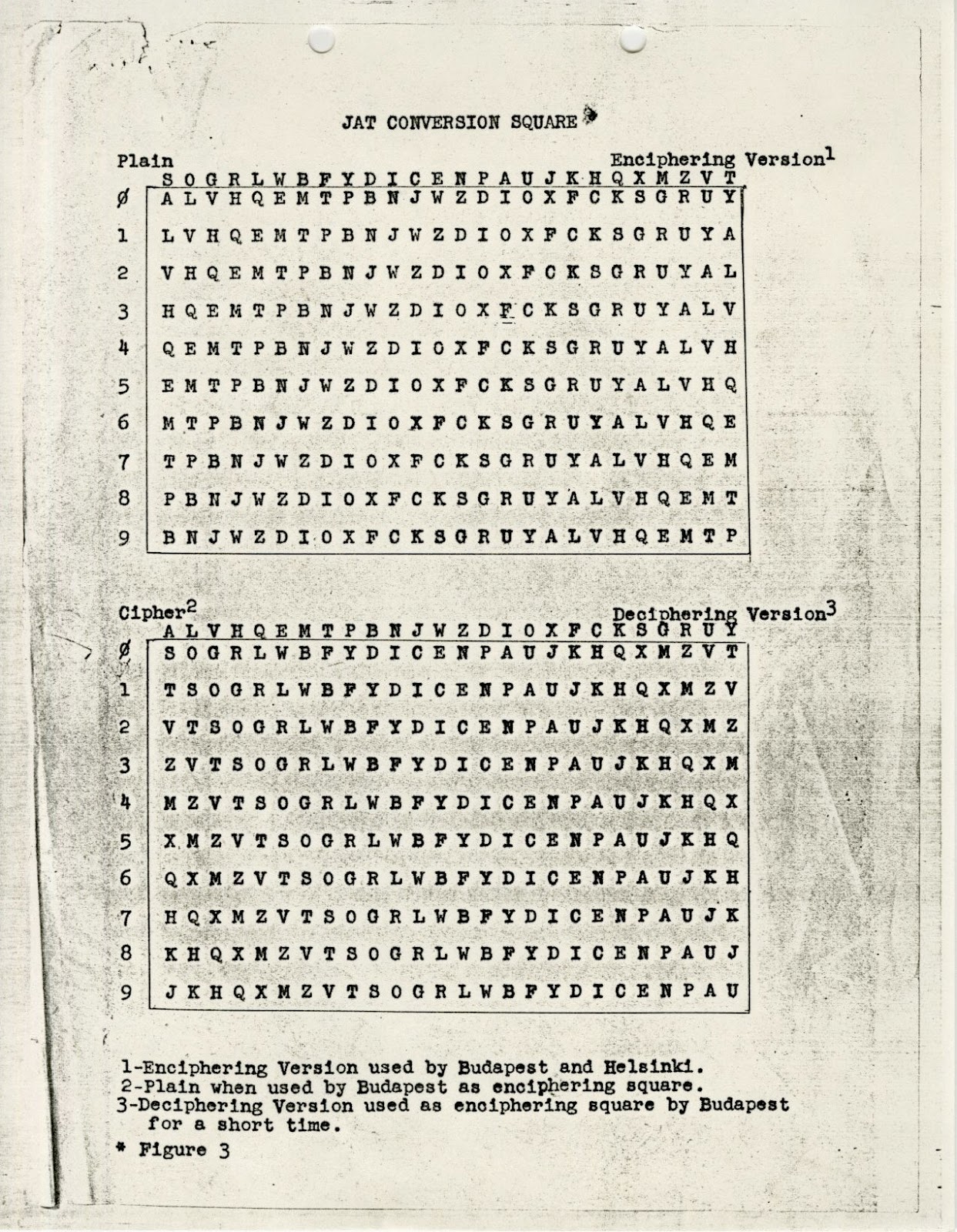 This complicated system was not easy to solve and required extensive research on behalf of the Allied codebreakers. Breaks in the system were possible by taking advantage of the stereotyped form of the reports, the limitations of the Gronsfeld square and by using the Allied cipher material as a ‘crib’ (suspected plaintext in the ciphertext). When the Japanese announced in a message that specific Allied codes would be transmitted in the next ones it was often possible to locate the compromised system and use it to break the Japanese code. For example: 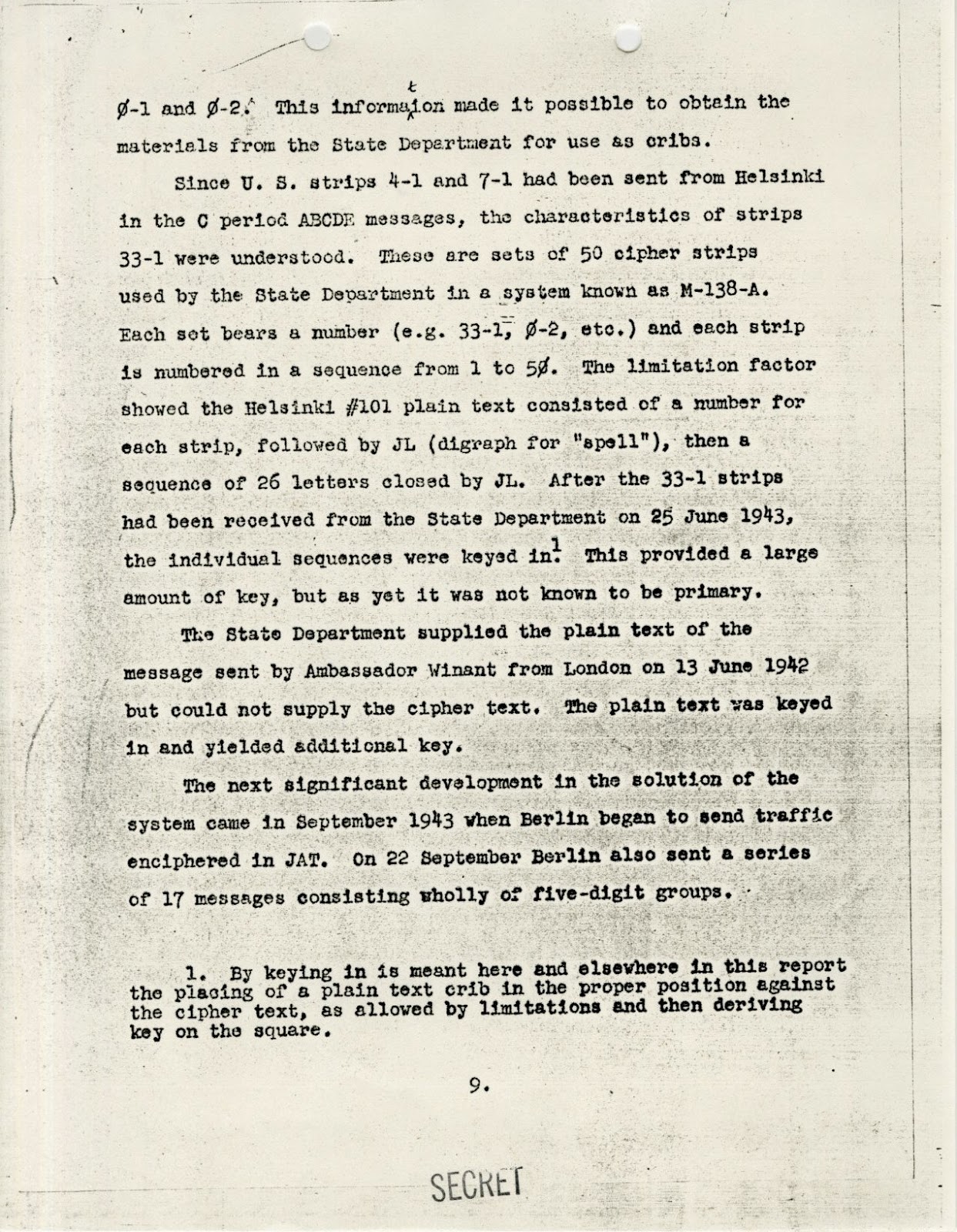 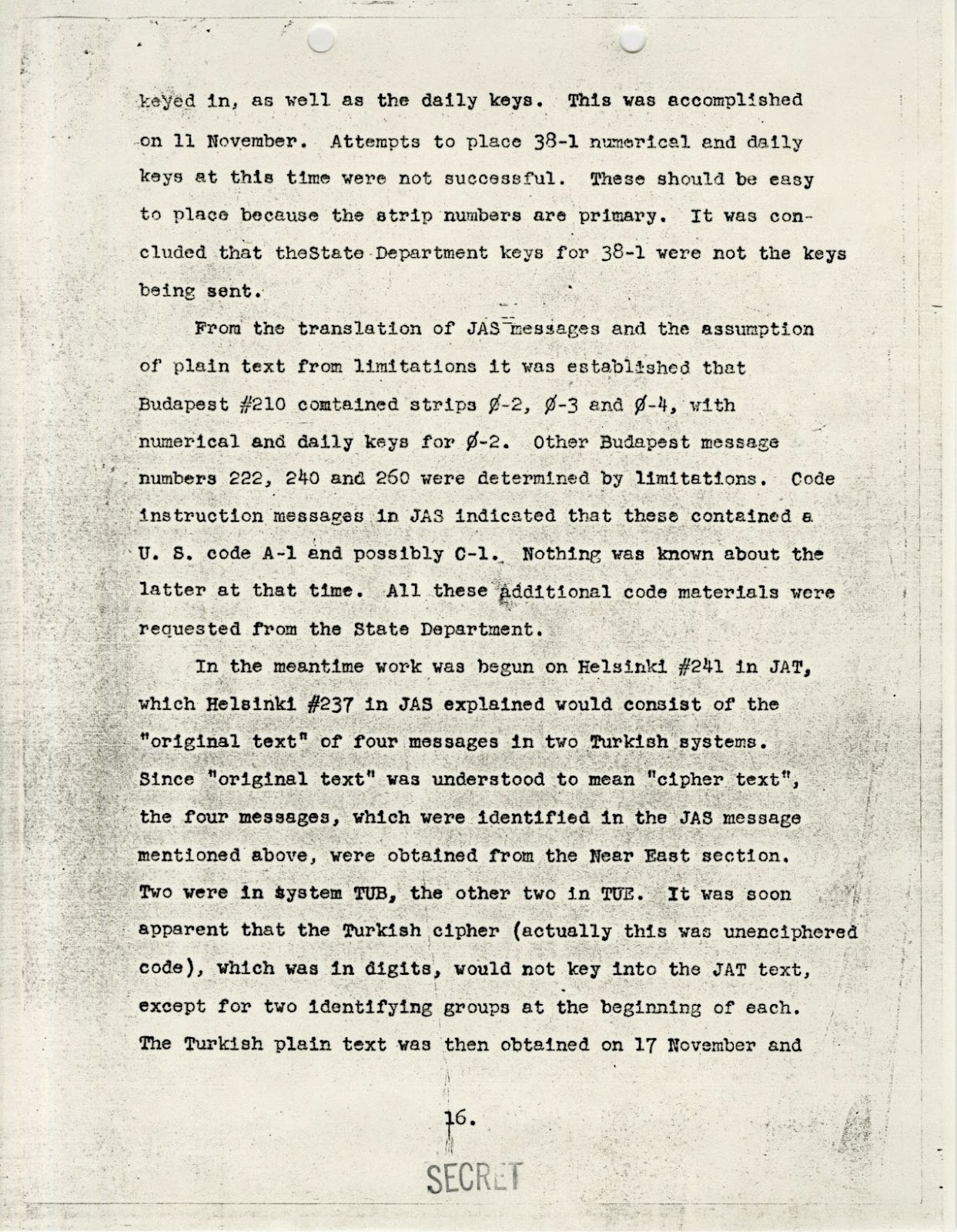 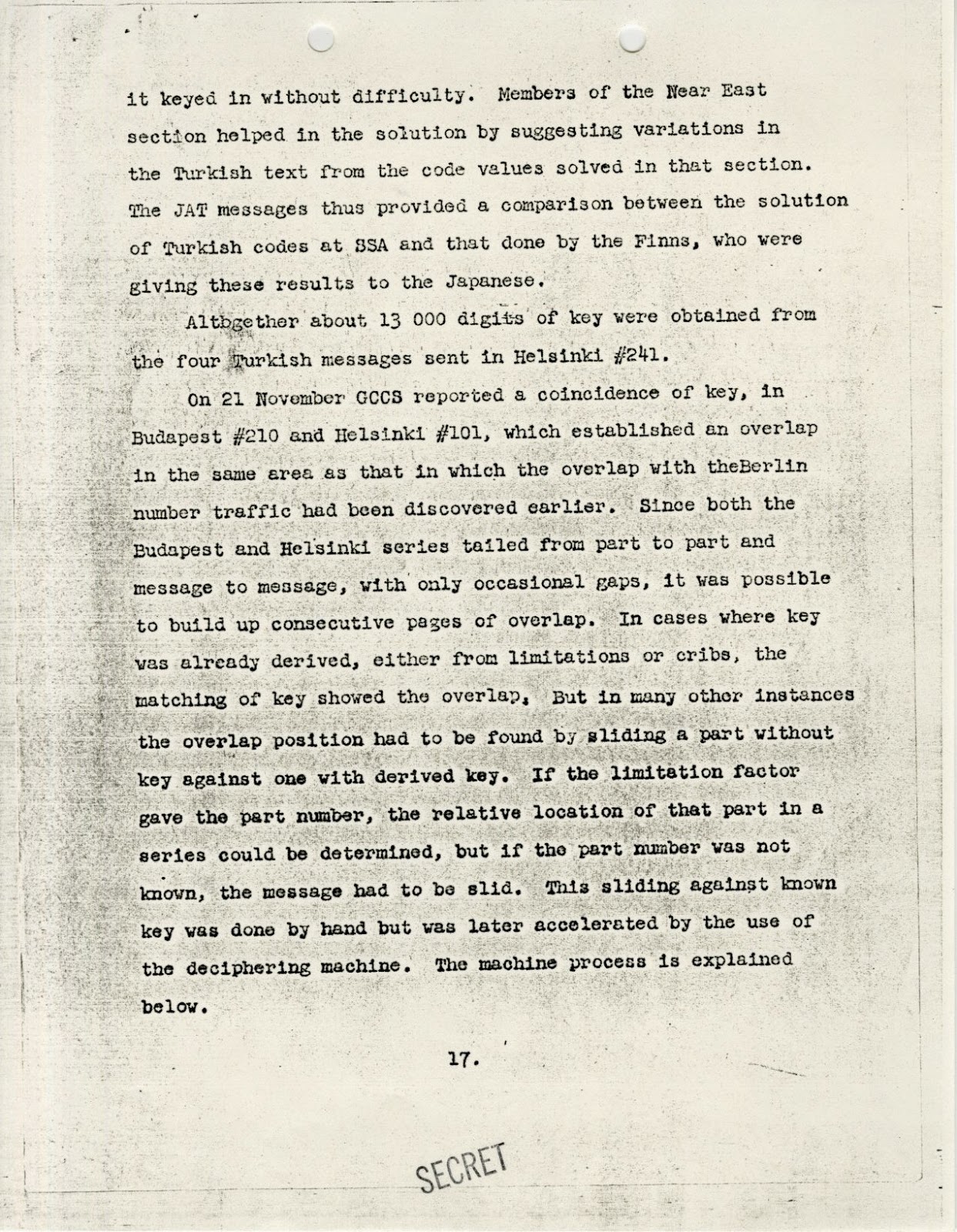 The exchange of Allied cipher material between Japan and Germany started in 1941 but did not lead to close cooperation between the two countries since the Germans distrusted the Japanese and in addition there were many difficulties in transmitting information from Europe to Japan. It seems that in 1944 the German leadership decided to share more information with the Japanese representatives and the Signal Intelligence Agency of the Supreme Command of the Armed Forces - OKW/Chi (Oberkommando der Wehrmacht/Chiffrier Abteilung) gave them decoded Polish and US messages (3). 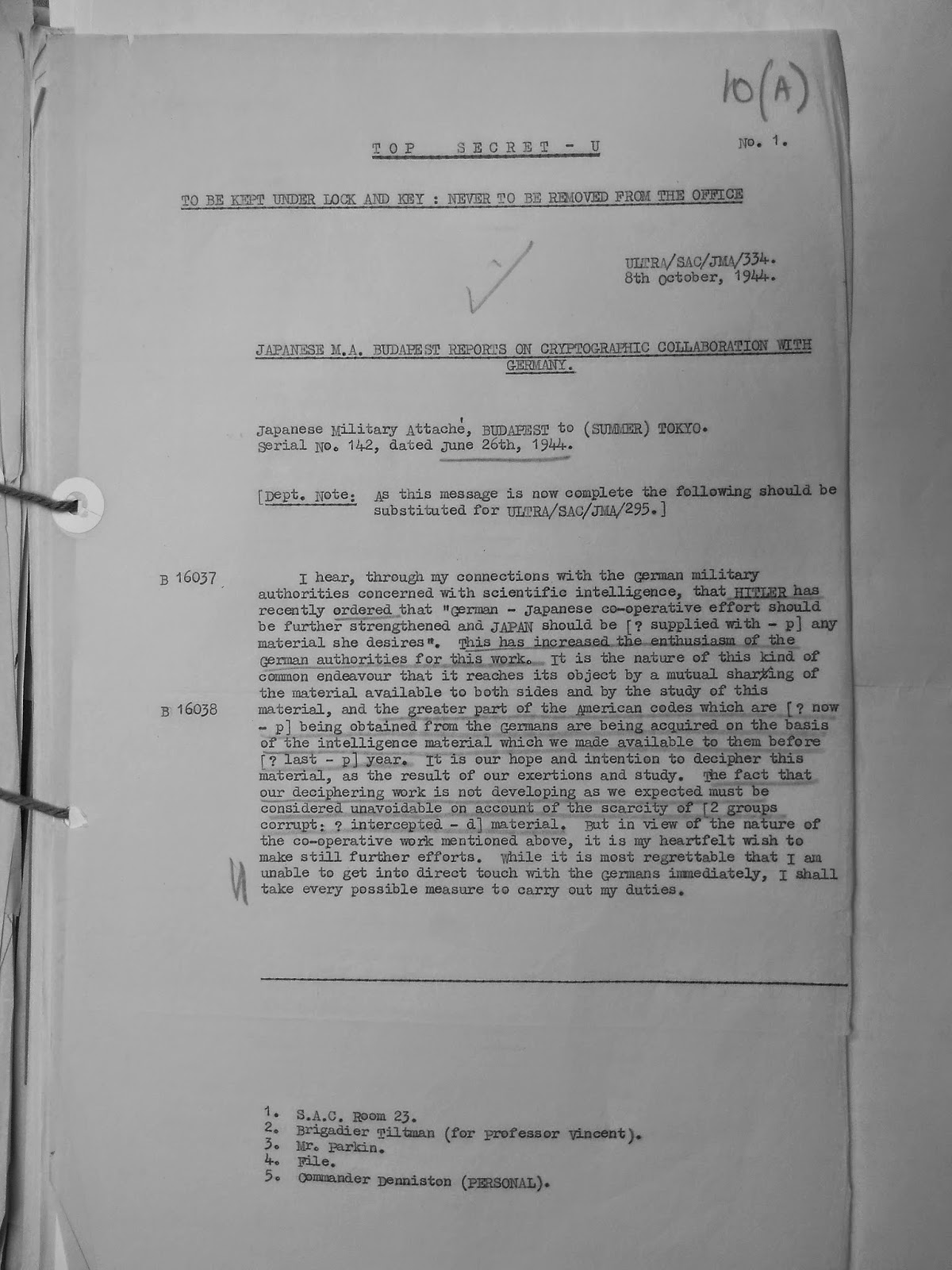 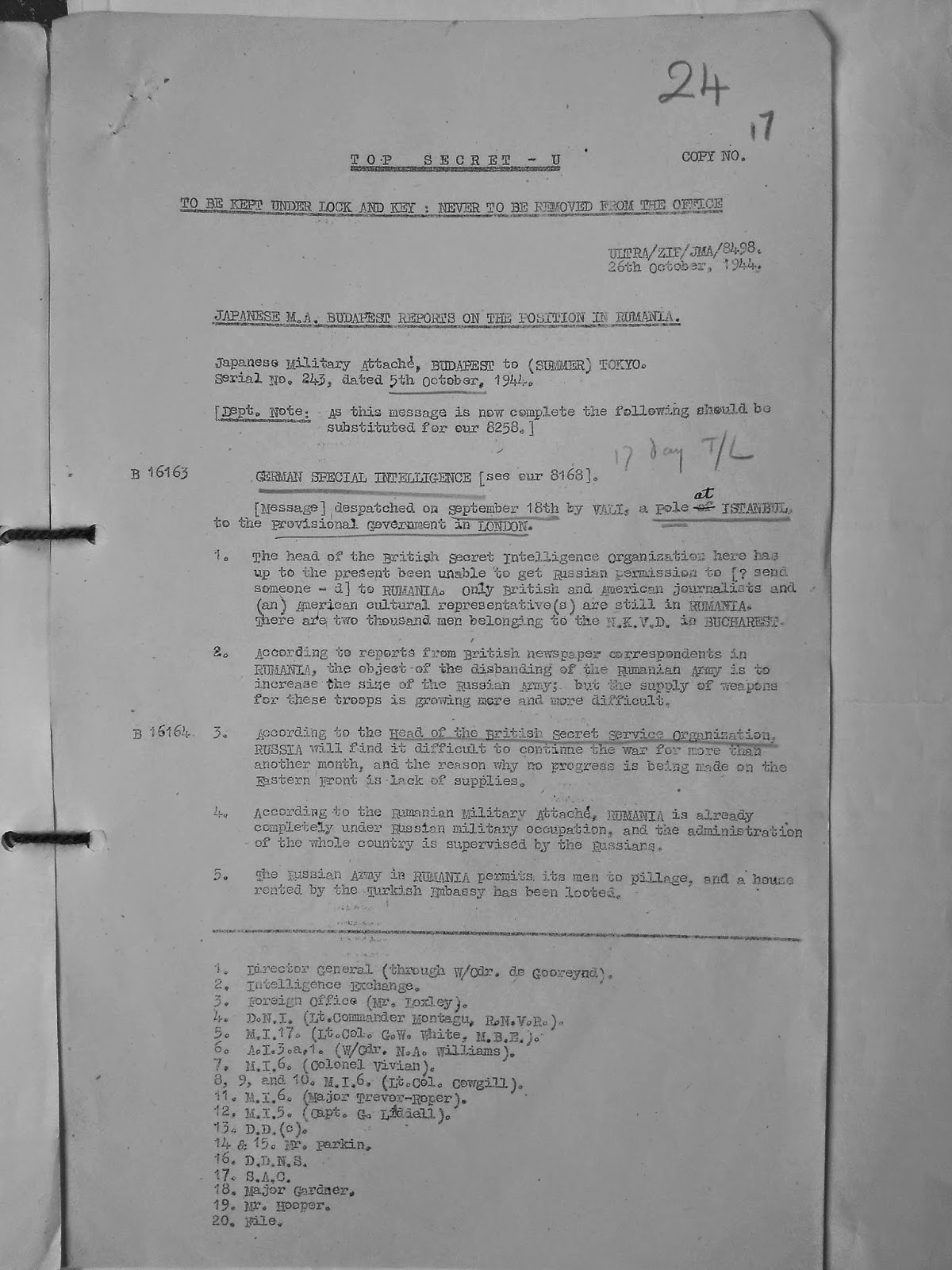 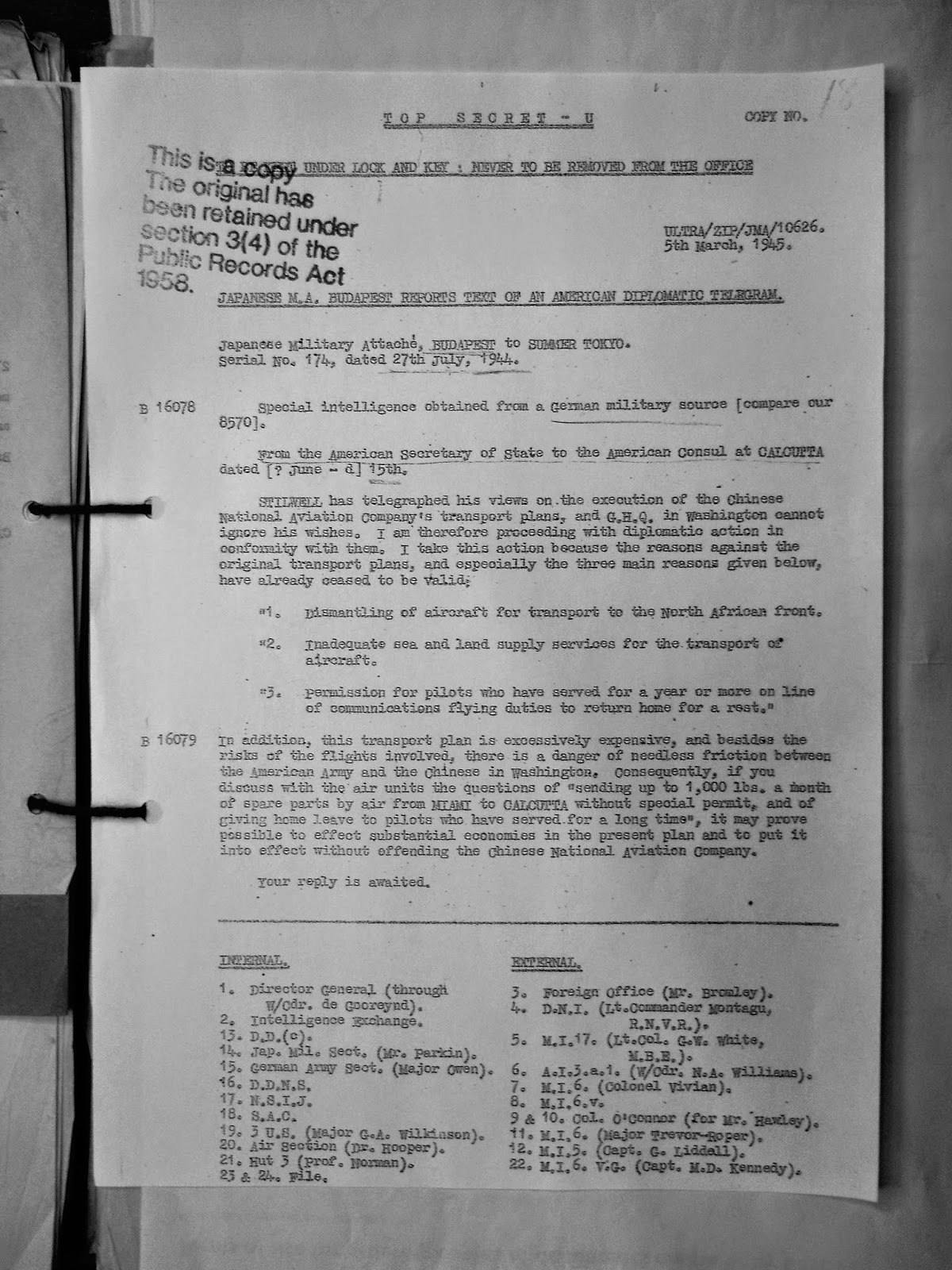 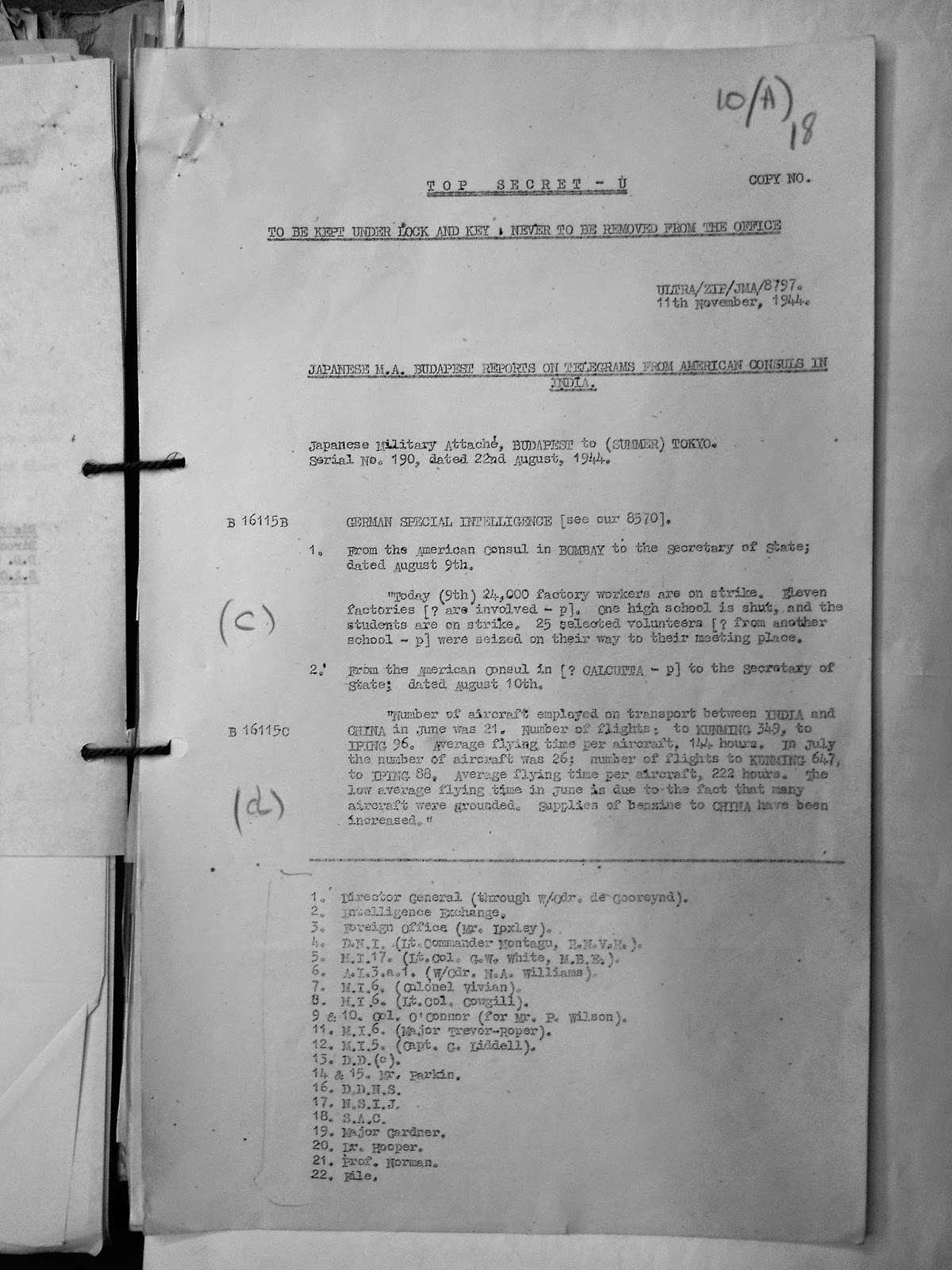 It is possible that some of these US diplomatic messages were enciphered with the M-138-A strip cipher. A message from Tokyo said that ‘We conclude that the German Special Intelligence in your 190 comes from reading strips. If this is so, please send the strips concerned’. 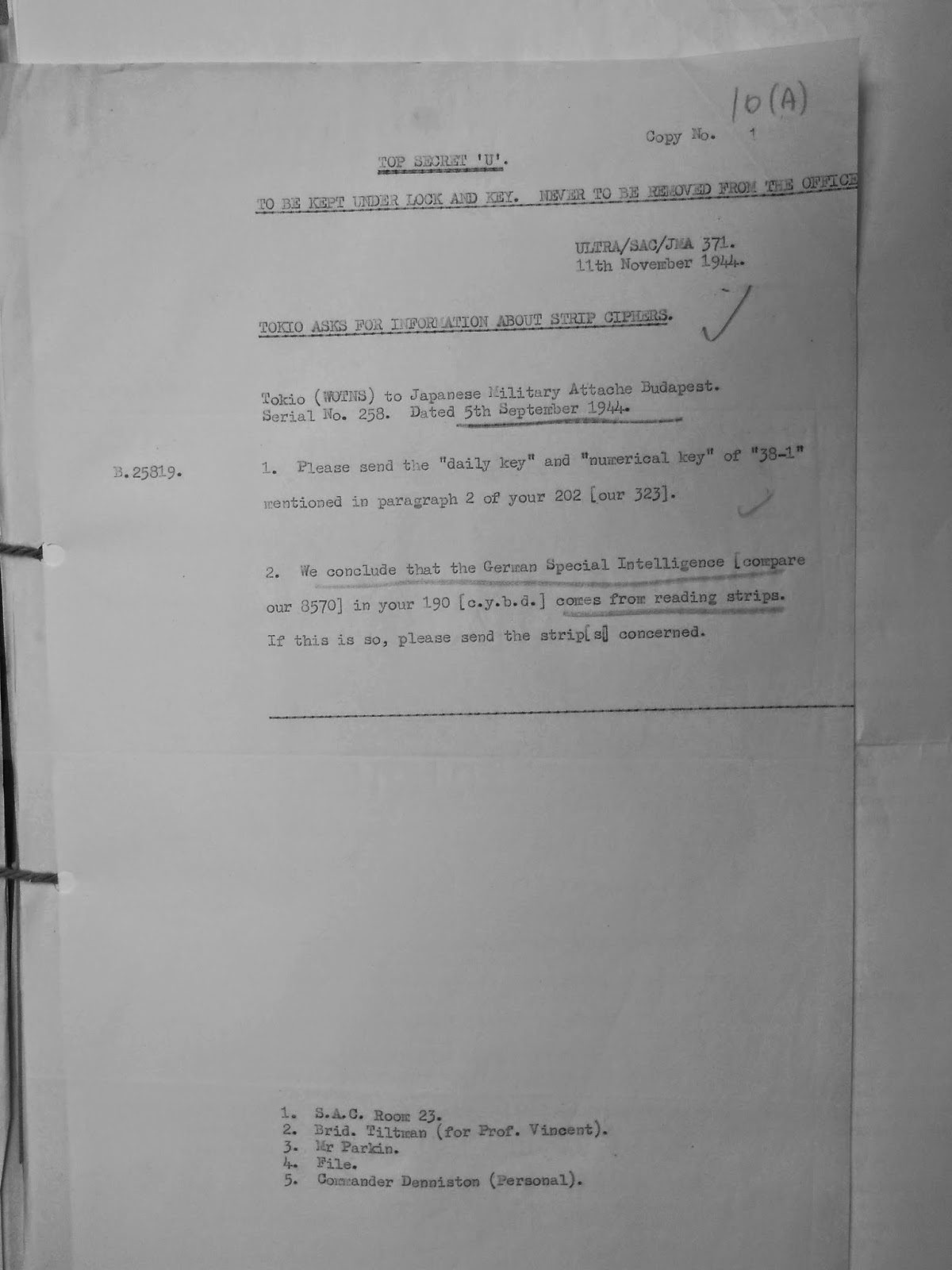 The codebreakers of Bletchley Park also thought that the No 190 telegram  should be brought to the attention of the Americans and their message stated ‘in view of more serious nature of leakage …. grateful if you would ensure that attention of G2 is drawn’. Surprisingly the response of the State Department was that this was simply the old Brown code, known to be insecure. It is not clear why the Germans would bother sending the Japanese messages encoded with ‘Brown’, since they had received a copy of that codebook from the Japanese in 1941… 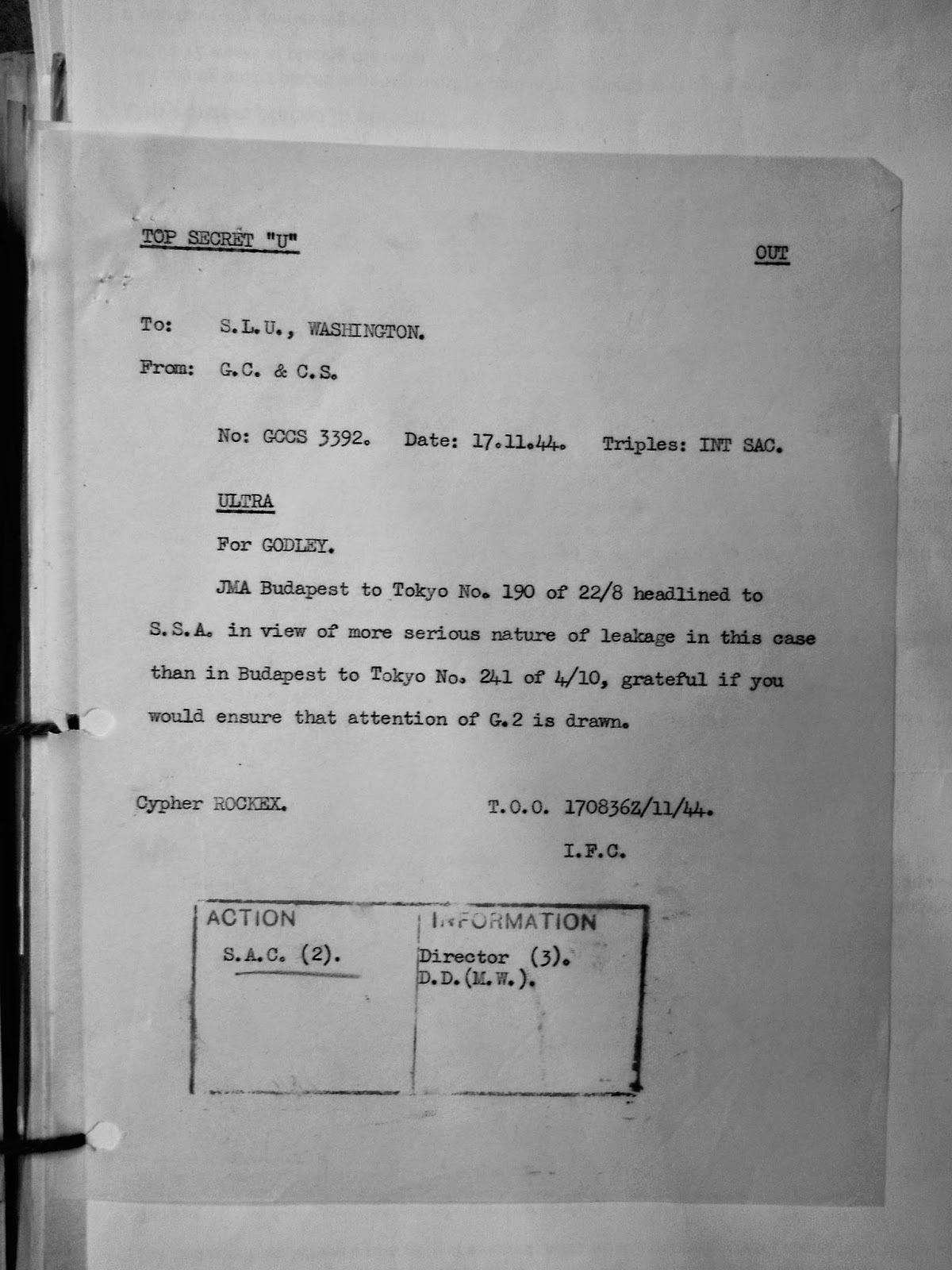 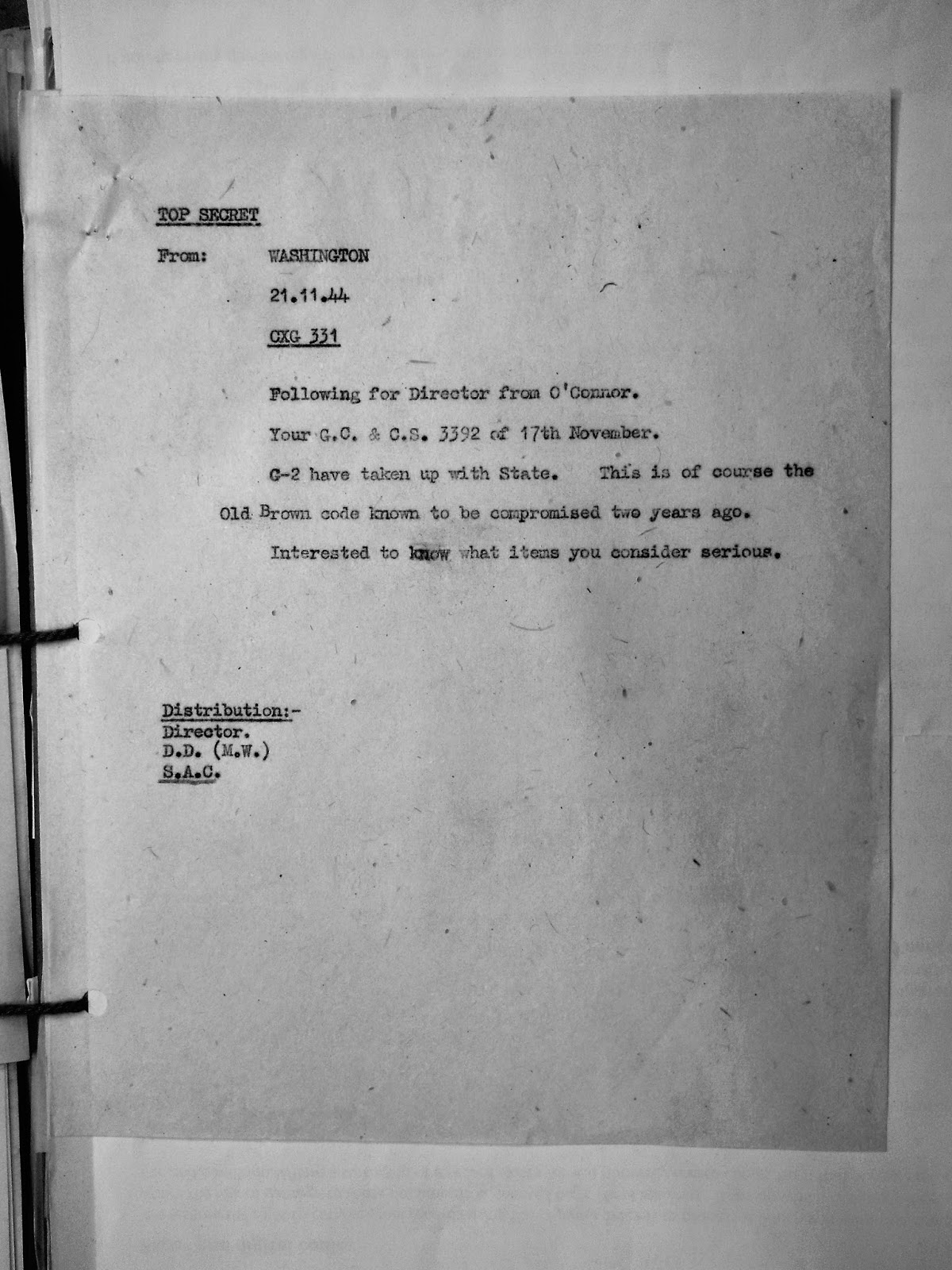 It is possible that this might not be the whole truth. In the US national archives there are several boxes containing decoded US diplomatic messages titled ‘German decrypts of US diplomatic messages 1944’ (4). In one of these boxes there is a report WDGSS-93 ‘Translations on American decodes’ with a detailed list of several US messages. Using that report I was able to track down the message from Bombay. It was No 451 of August 9, 1944. 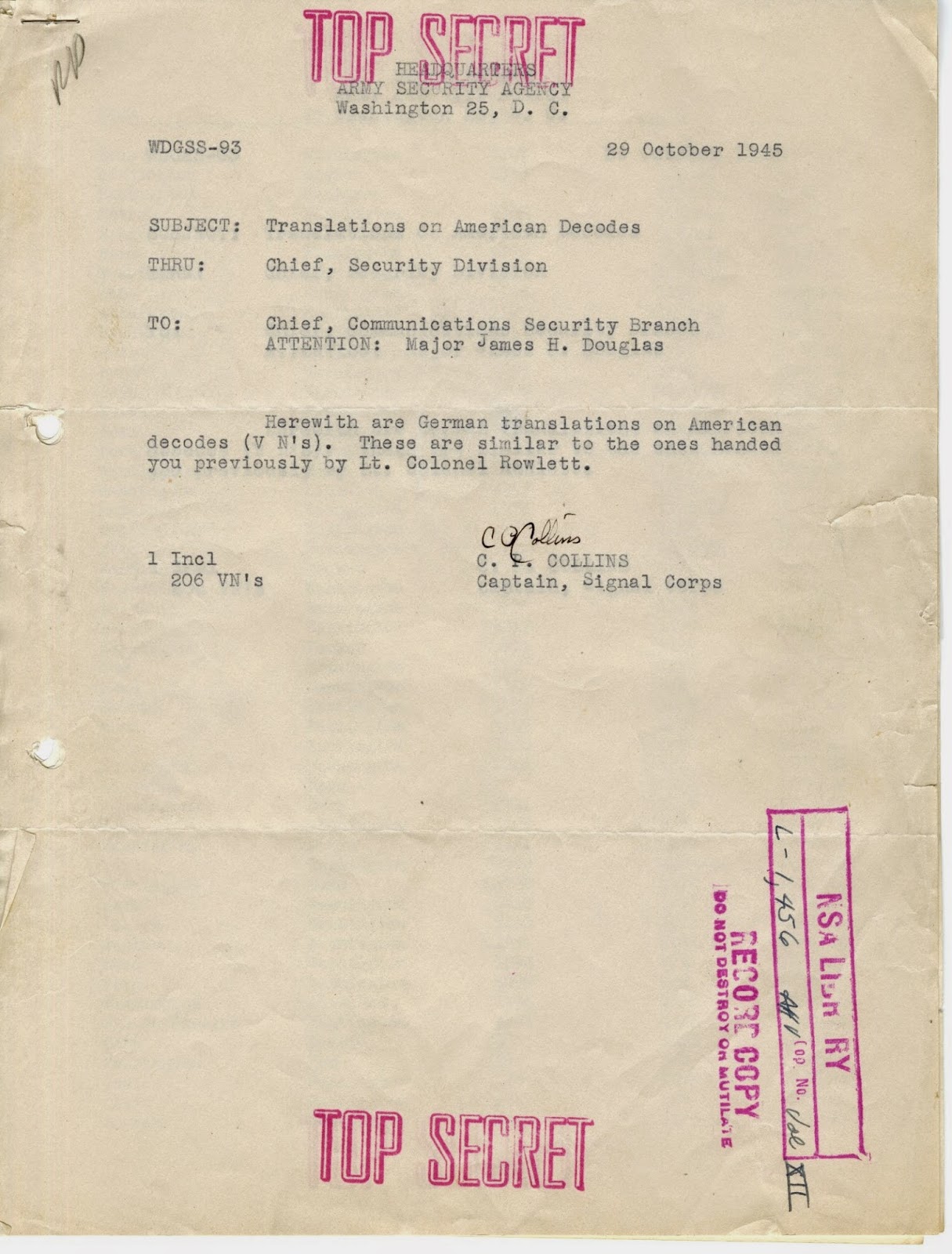 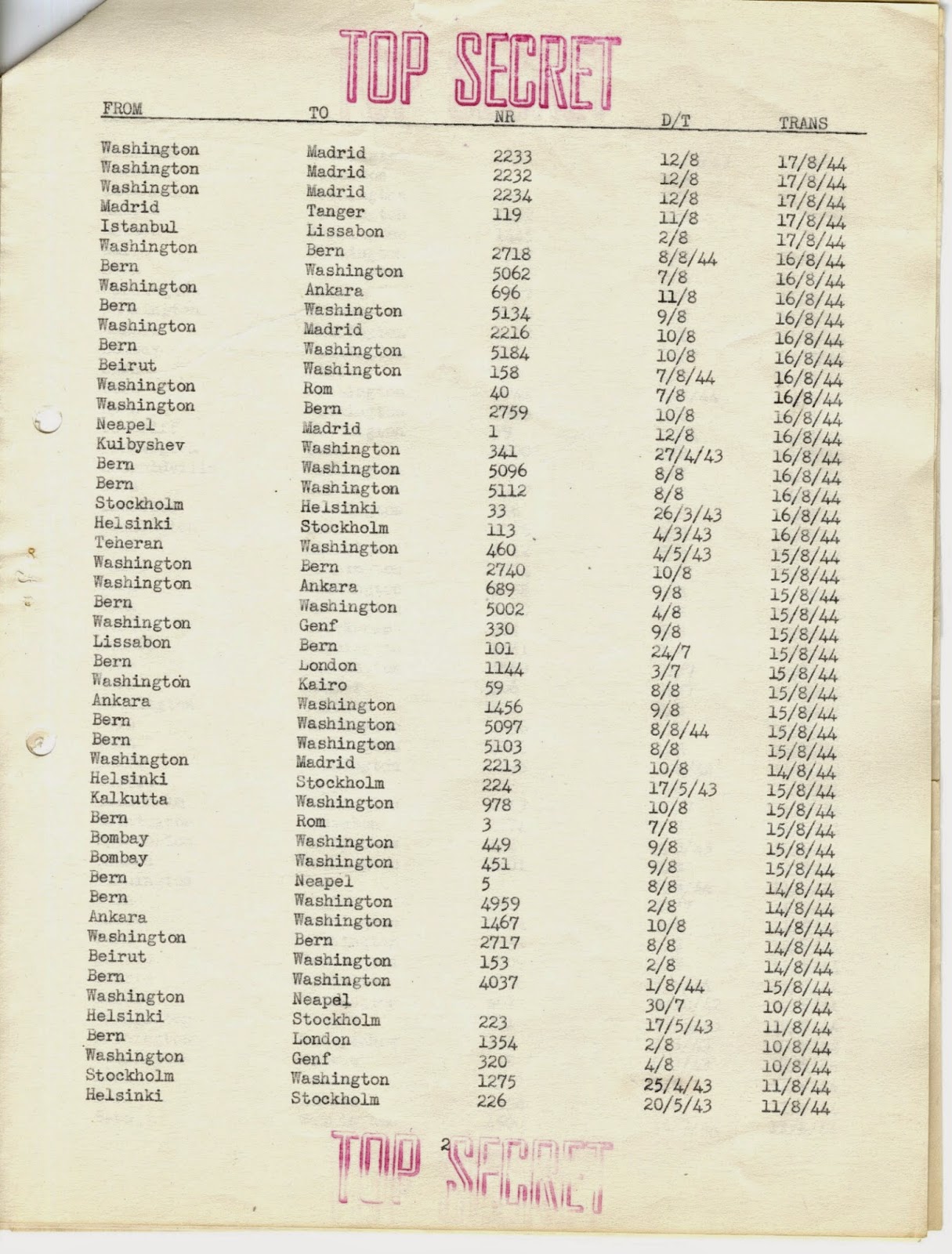 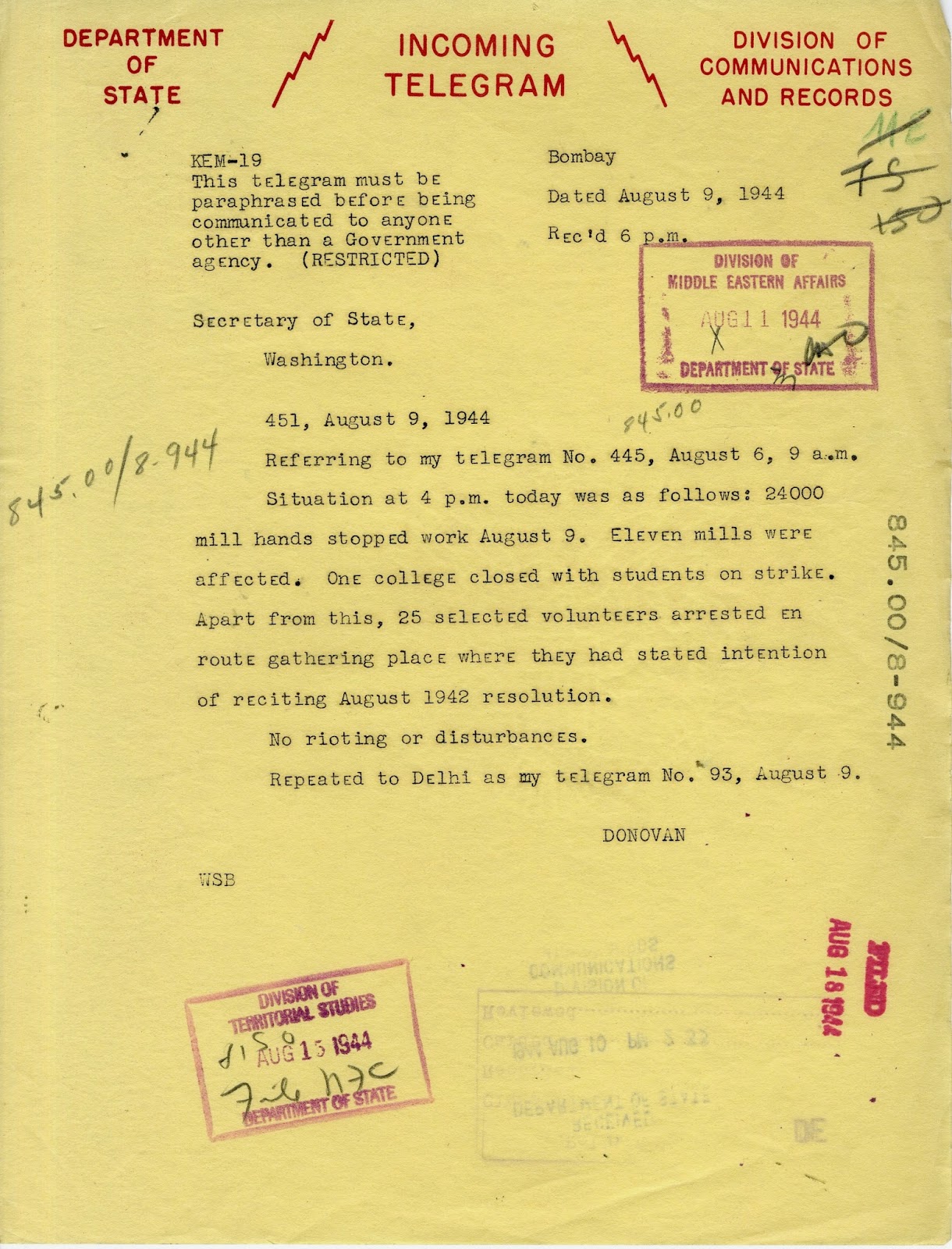 In another box at NARA there is a folder ‘M-138-A numerical keys/daily key table/alphabet strips’ (5) which contains State department alphabet strips and keylists both circular’ and ‘special’. A report in these files shows the alphabet strips and keylists used on specific messages. Originally I thought this report was connected with an investigation of the Finnish exploitation of the State Department’s strip cipher but it is possible that I was wrong and it concerns the German effort based on the decoded Japanese military attaché messages. 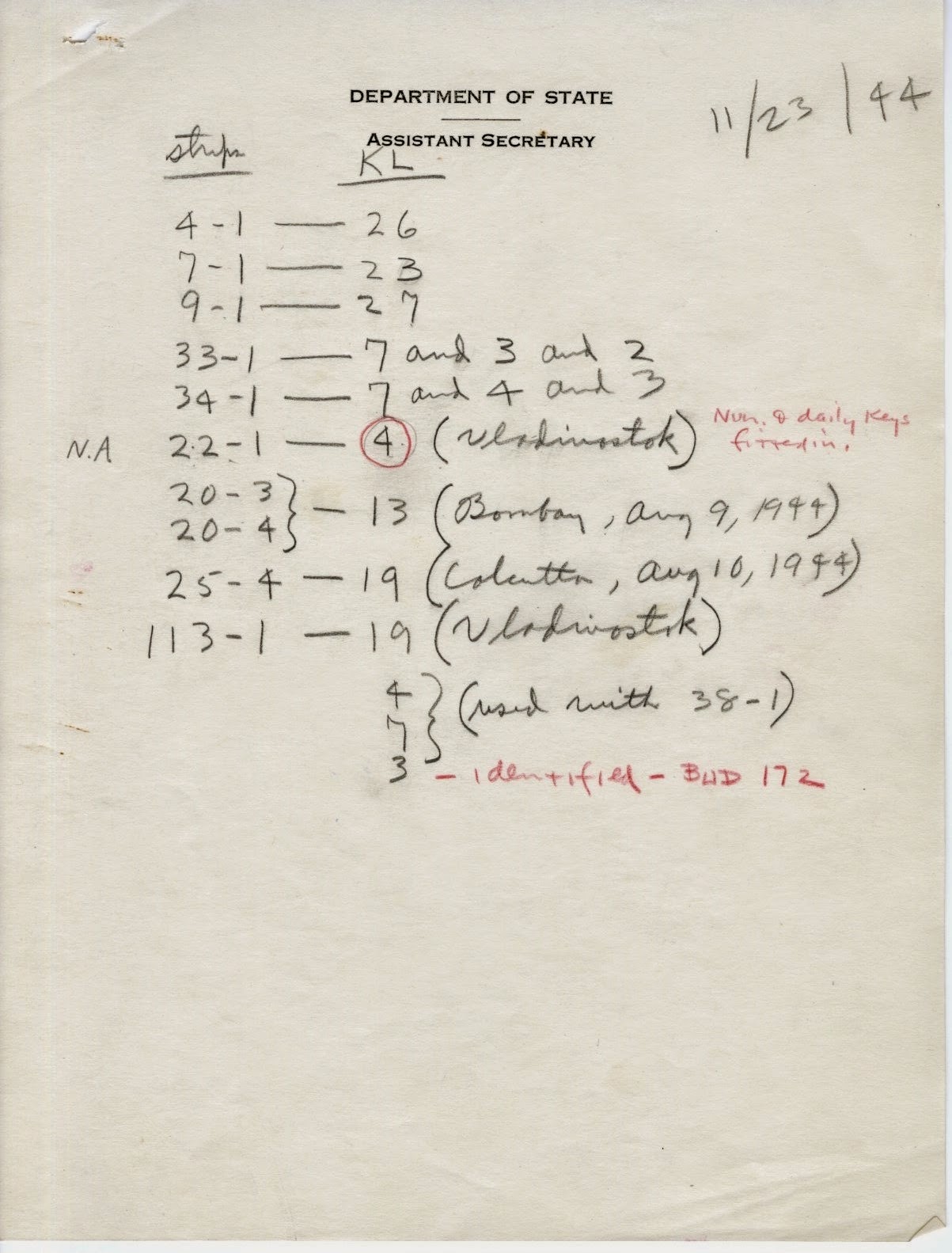 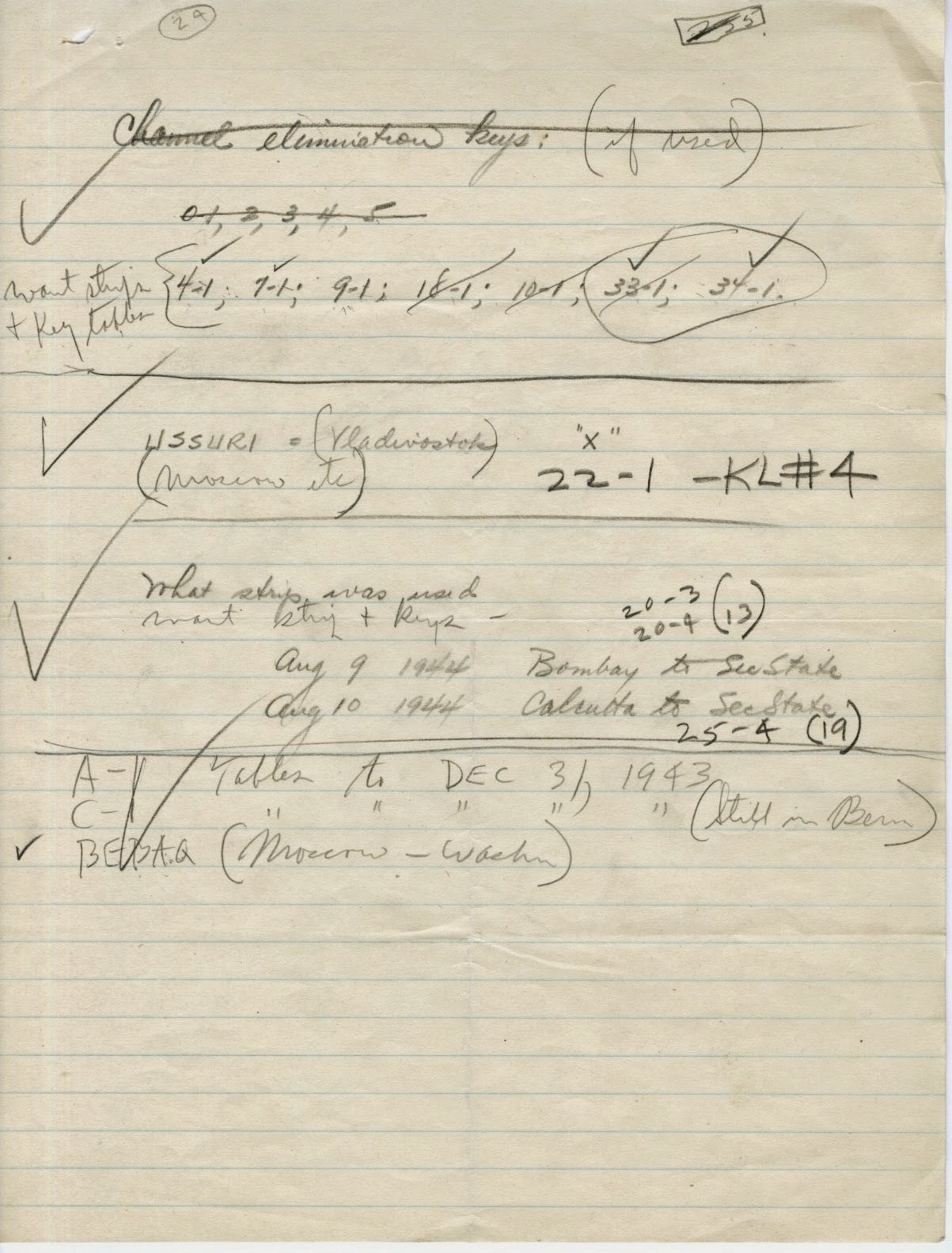 The report shows that a message from Bombay, dated 9 August ’44 was enciphered on the keylist No13 and either the No 20-3 or 20-4 alphabet strips and also mentions a message from Calcutta of August 10, 1944. If these were the same messages as in the No 190 telegram then it means that the State Department was willing to cover up its own security failures by lying to the British…

Acknowledgments: I have to thank Ralph Erskine for pointing out that the Japanese code used to transmit information on Allied codes was a hand system and not the Coral cipher machine.