The main event that shocked the world in 1940 was the defeat of the Franco-British Alliance in May ’40. However the Battle of France was not the only military campaign of the year.


Norway had become a battle ground between German and Allied troops in April ’40, as both sides raced to occupy the country.
For the Germans securing Norway was important because they wanted to protect their northern flank and ensure that trade with Sweden would not be interrupted. This was very important for their war economy as exports of Swedish iron ore had to travel through Norwegian waters.


For the Allies landing troops meant that they would open another front close to Germany, sever her ties with Sweden and ultimately push that country towards joining the Franco-British Alliance.
The Germans were aware of the Allied plans and once they decided to take the initiative they managed to surprise the defending forces by landing their troops in various Norwegian ports. Practically the whole German surface fleet took part in this action.


The Allies were also planning a military operation and the German landings caught them by surprise. The British fleet attacked the German surface units and landed troops in Norway.
Hard fighting ensued (especially around Narvik) but in the end the Germans prevailed and they occupied the whole country till the end of the war.


Did the Germans take advantage of secret intelligence in the Norwegian Campaign? Was that one of the reasons of their success?
The German Navy’s B-Dienst certainly read the main British naval crypto systems and by the spring of 1940 their work had progressed so far that they were able to read virtually everything of importance in connection with the Norway operation.


However there is another intelligence operation that is not well known. According to file KV 2/3281 in the British national archives, an Abwehr agent named Marina Lee might have played an important role during the fighting in Norway.
The file says that Marina Lee was born in St Petersburg, worked as a ballet instructor and had acquired Norwegian citizenship through marriage. 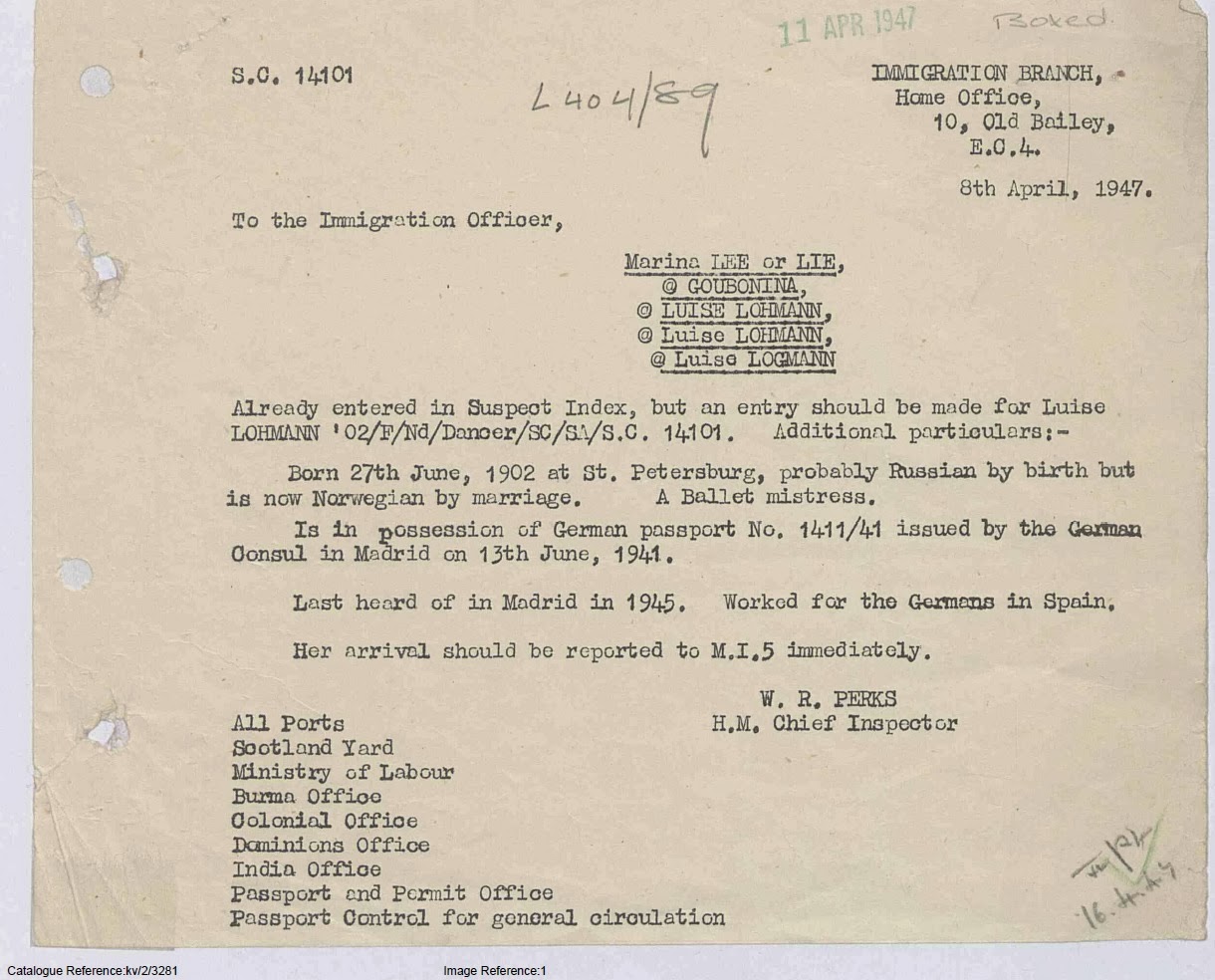 During the fighting in Norway Lee may have managed to infiltrate the Allied headquarters of General Auchinleck and discovered the details of the Allied plans. Using this information the German commander Dietl was able to counter the Allied attack. 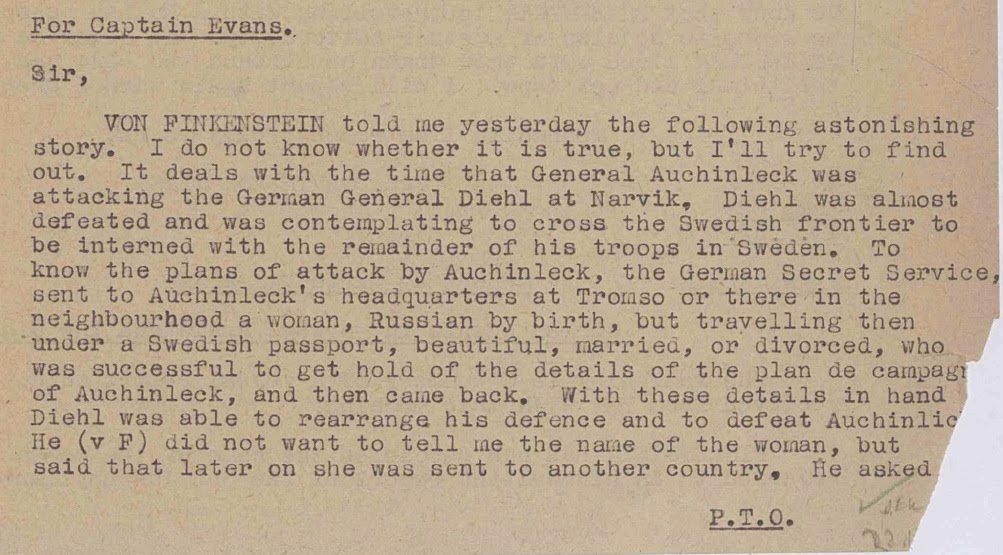 For the rest of the war it seems she worked for the German intelligence station in Madrid.


What happened to Marina Lee at the end of the war? Unfortunately it seems that it is a mystery. The British believed that she may have offered her services to the Soviet side. 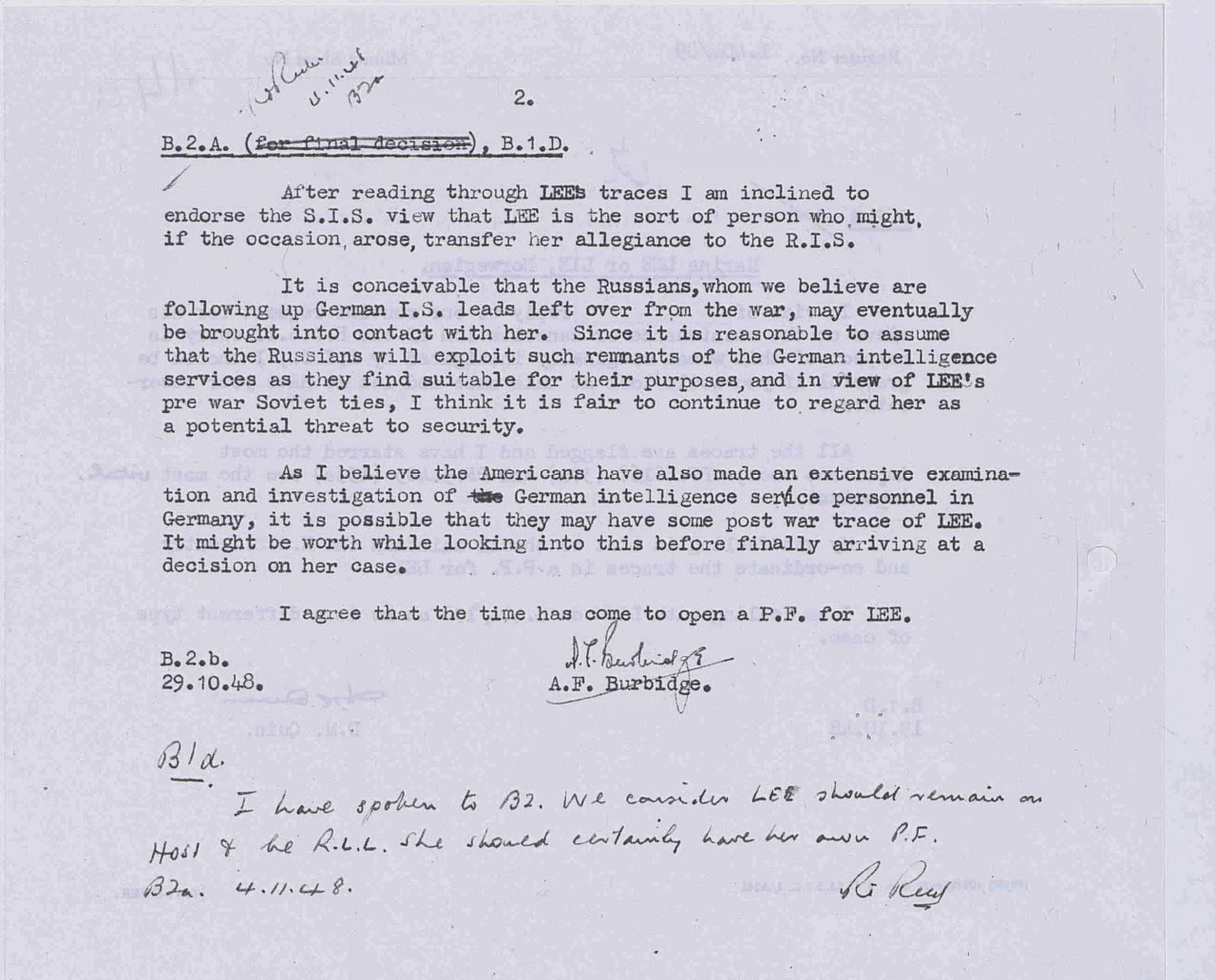 The case of Marina Lee shows how easily an attractive woman can acquire classified information.


However it should be noted that the information on her success cannot be verified from other sources. Maybe she played a role in the Norwegian Campaign or maybe the German agent (Finckenstein) who volunteered this information was exaggerating. It’s up to historians to find out more.

Email ThisBlogThis!Share to TwitterShare to FacebookShare to Pinterest
Labels: Abwehr