In a previous piece on the M-209 cipher machine there was mention of the US TELWA code. Reinold Weber a member of NAAS 5 in France described the solution of this code in his interview by Klaus Schmeh.


The TELWA code was the US War Department Telegraph Code 1942 edition (SIGARM). The previous version was WDTC 1919 edition (SIGRIM). Both codebooks were used without additional encipherment, mainly for administrative traffic. Information on these cryptologic systems is available from the US National Archives and Records Administration - collection RG 457 - Entry 9032 - boxes 797 and 961. According to documents found in these boxes the WDTC 1919 edition was used till 1943/44 and the WDTC 1942 edition was introduced in 1943 but had a shorter life than its predecessor since it did not survive the war. 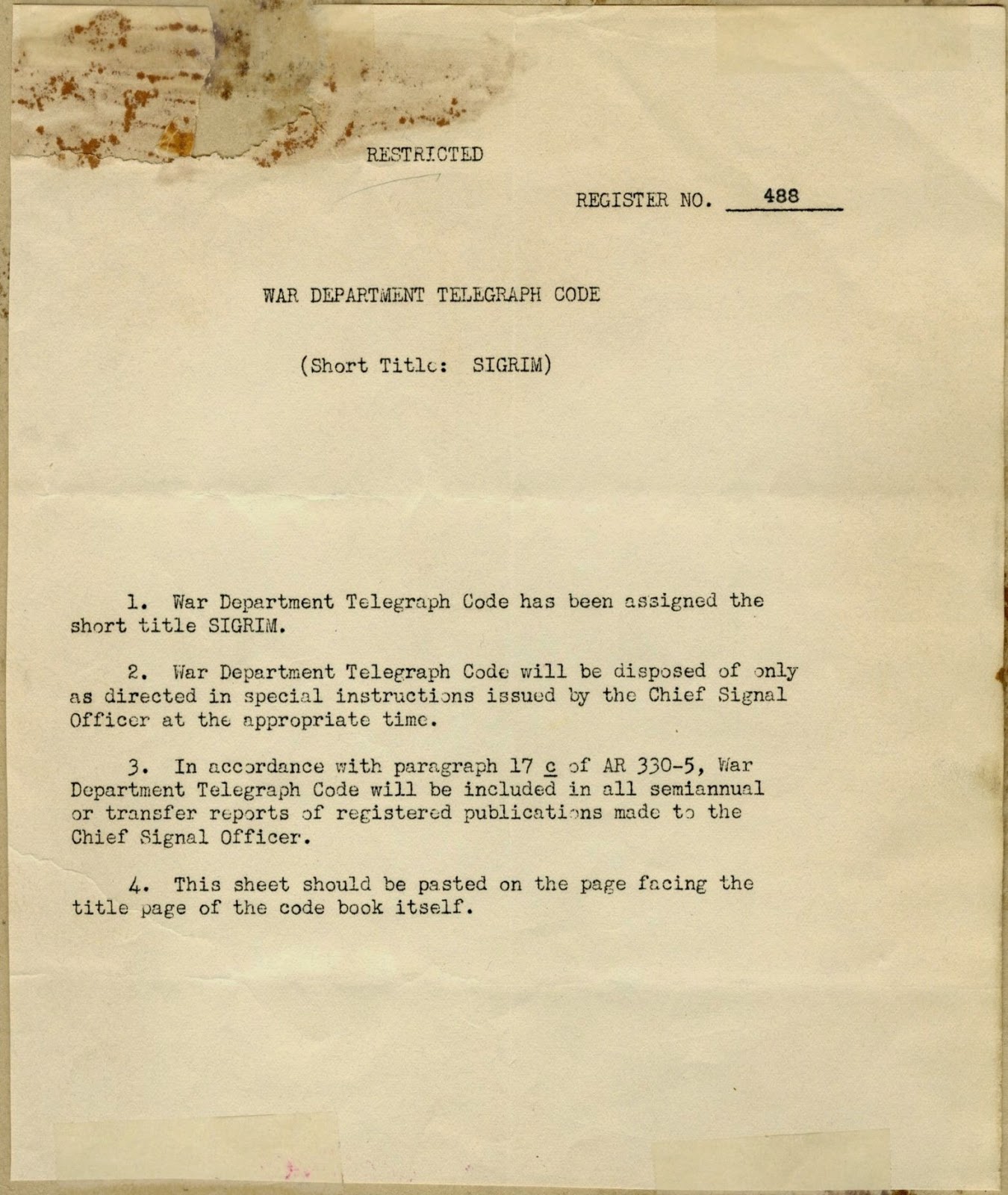 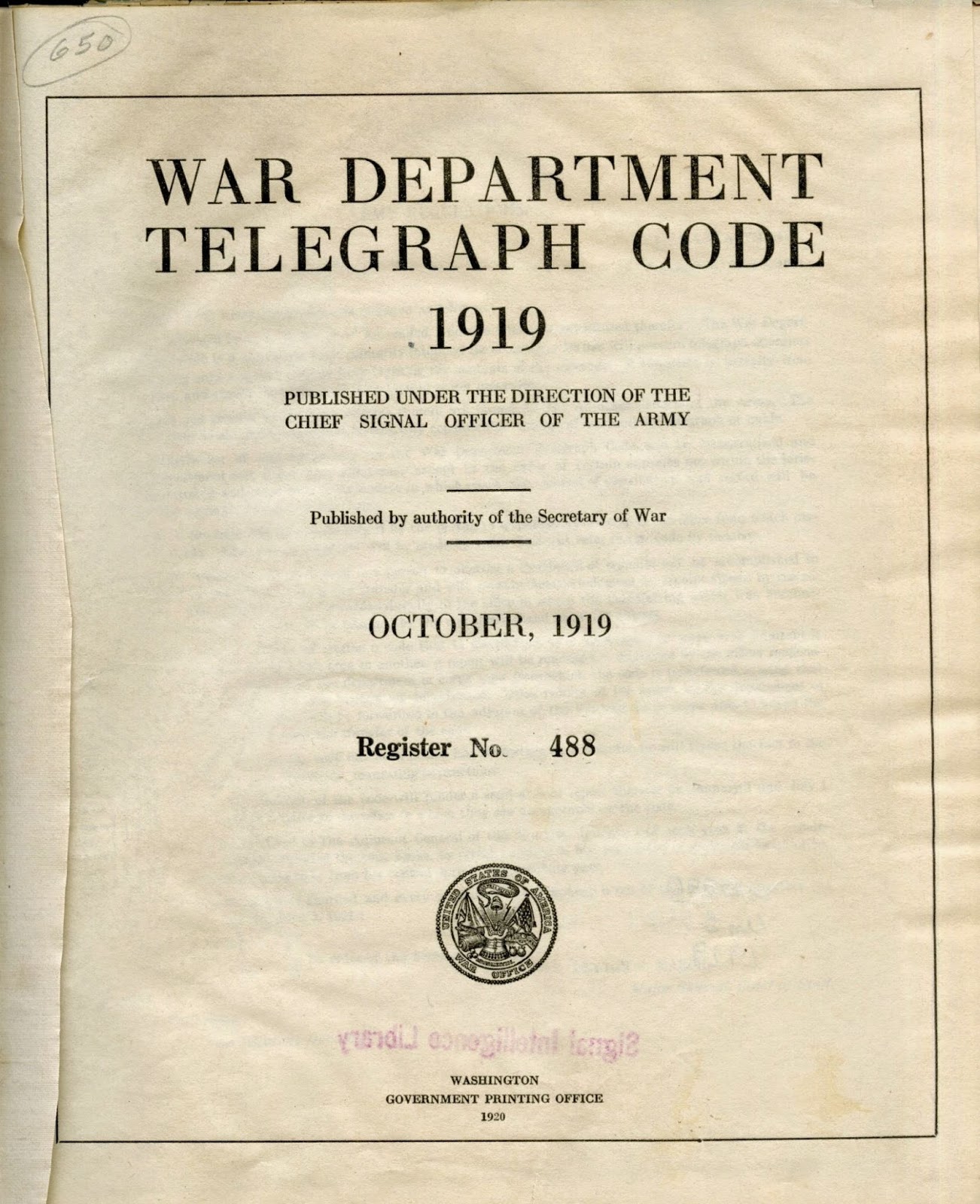 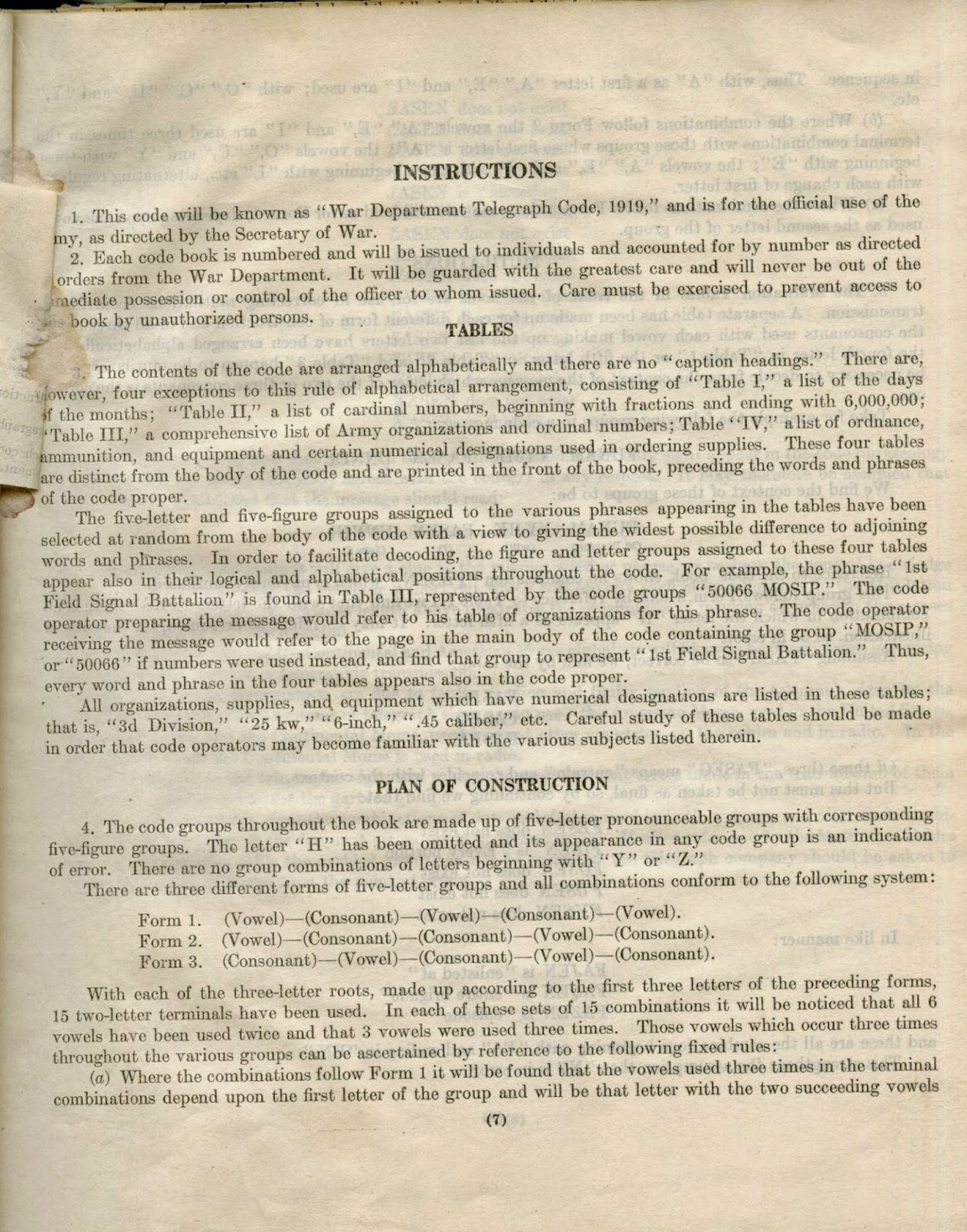 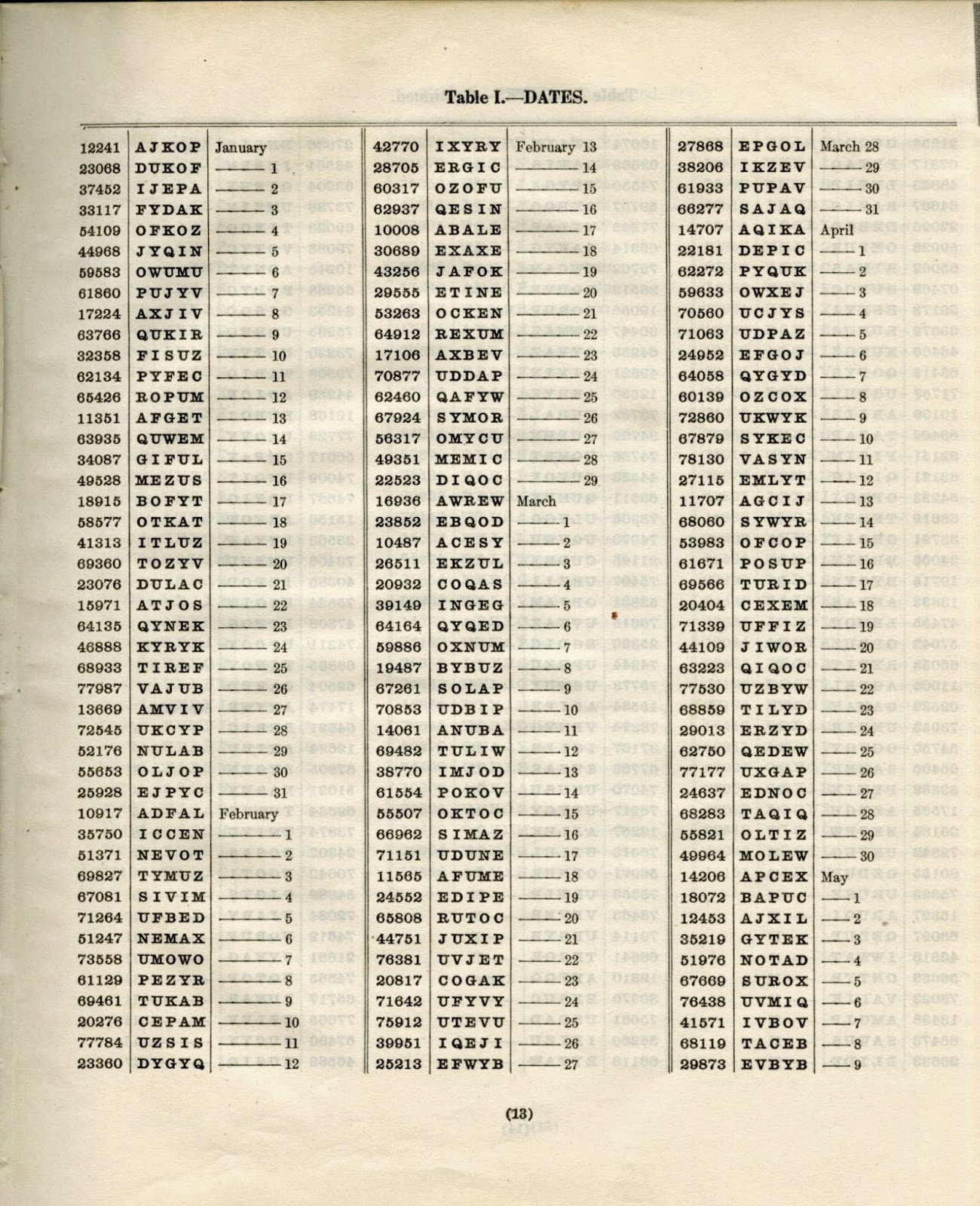 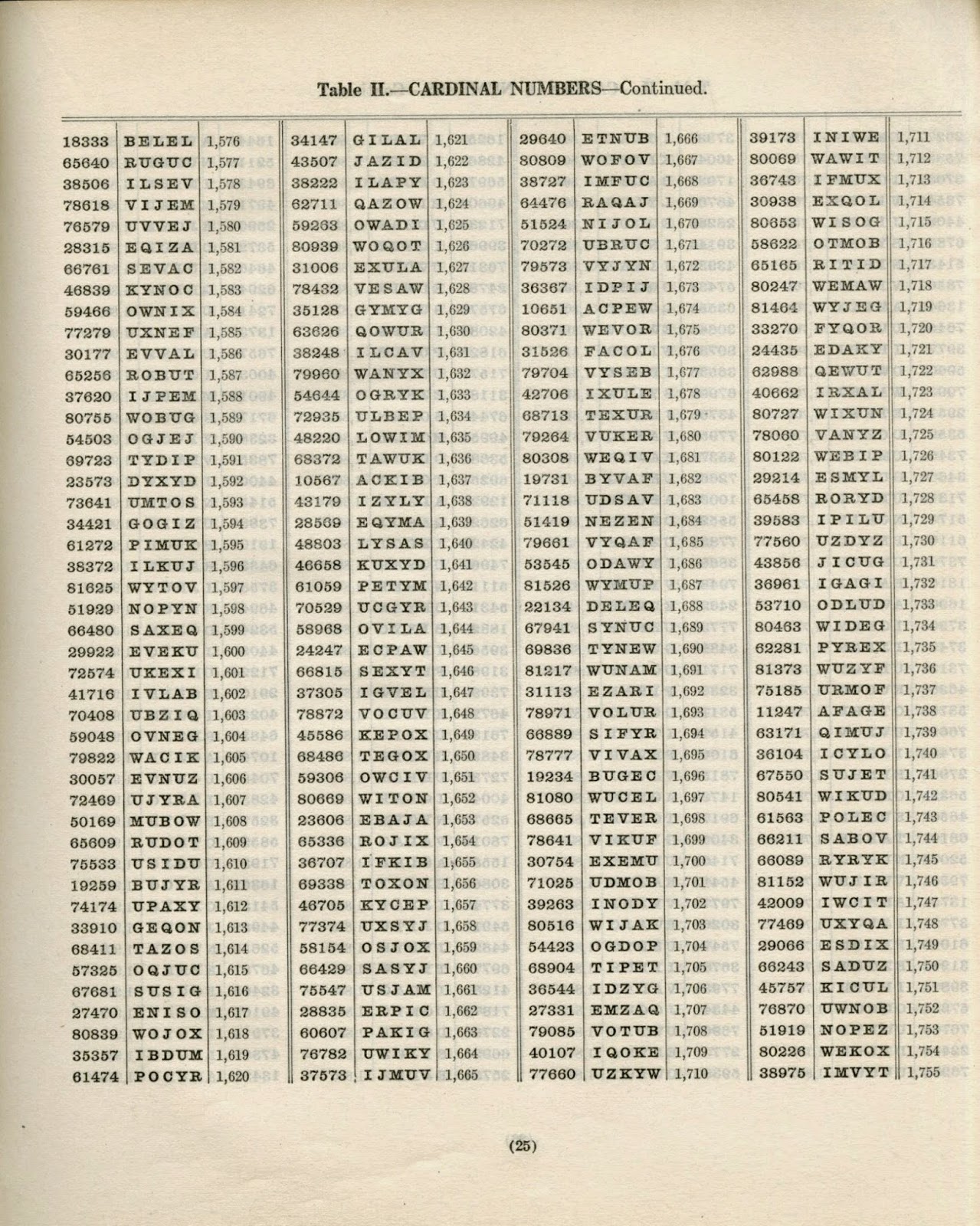 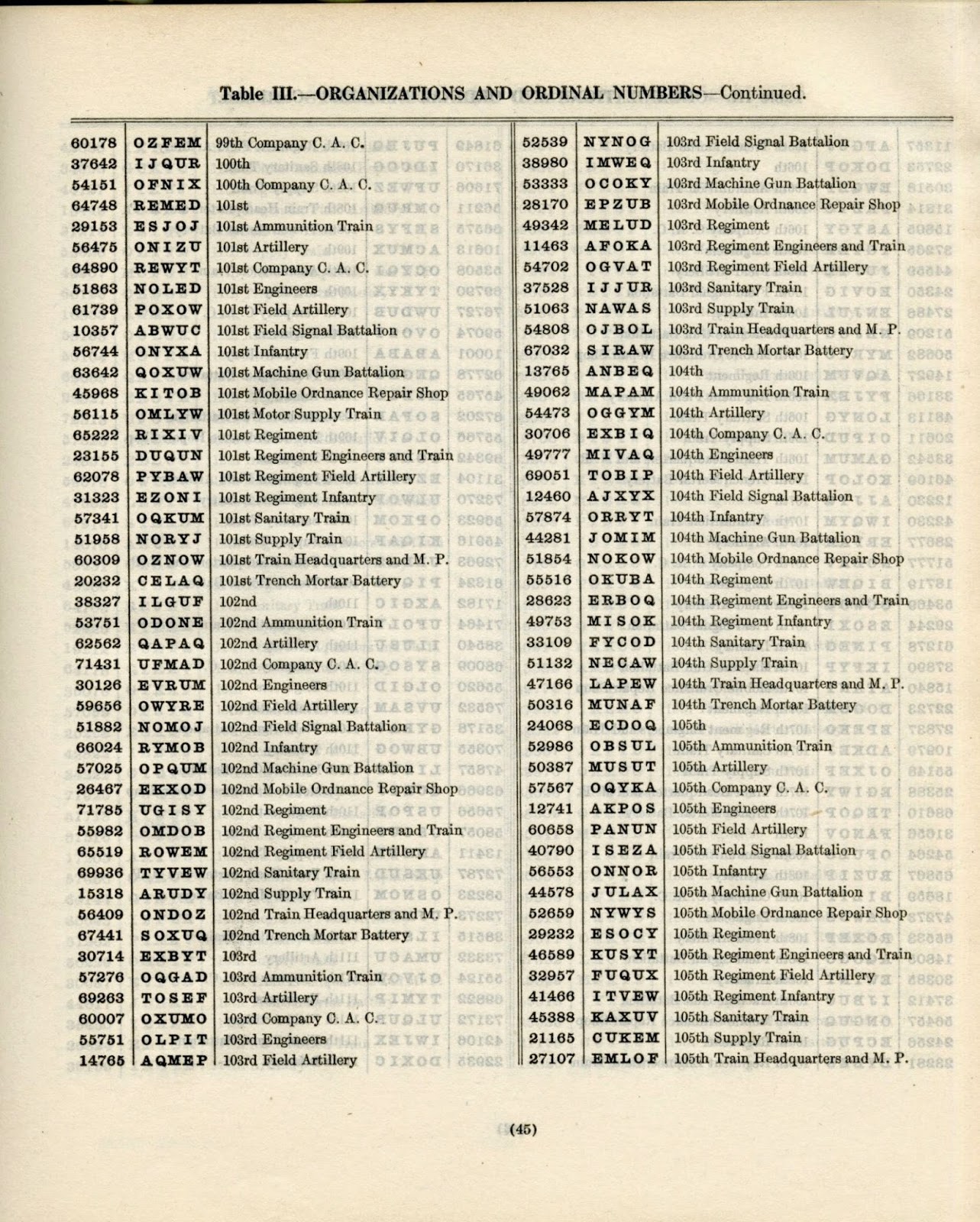 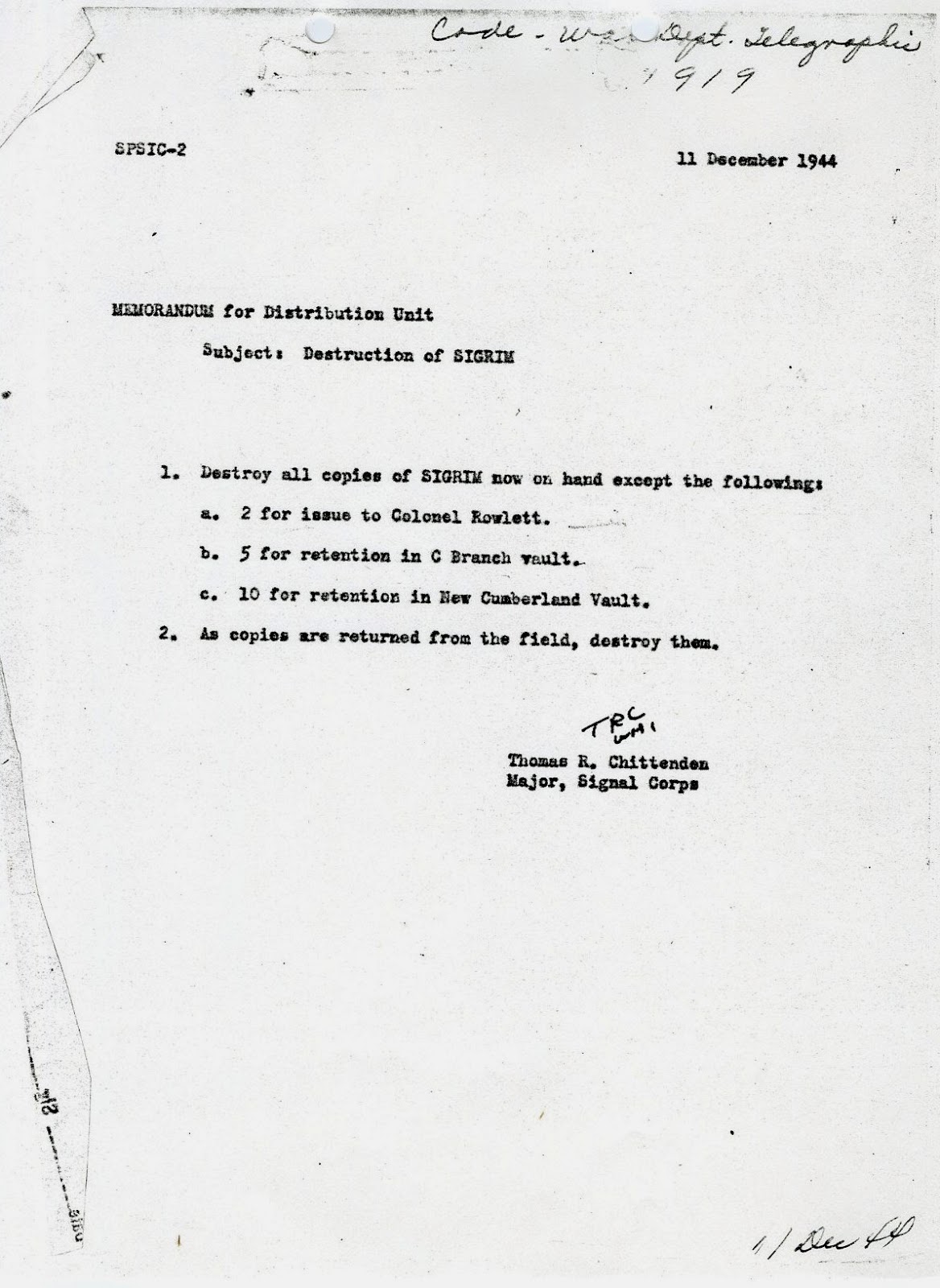 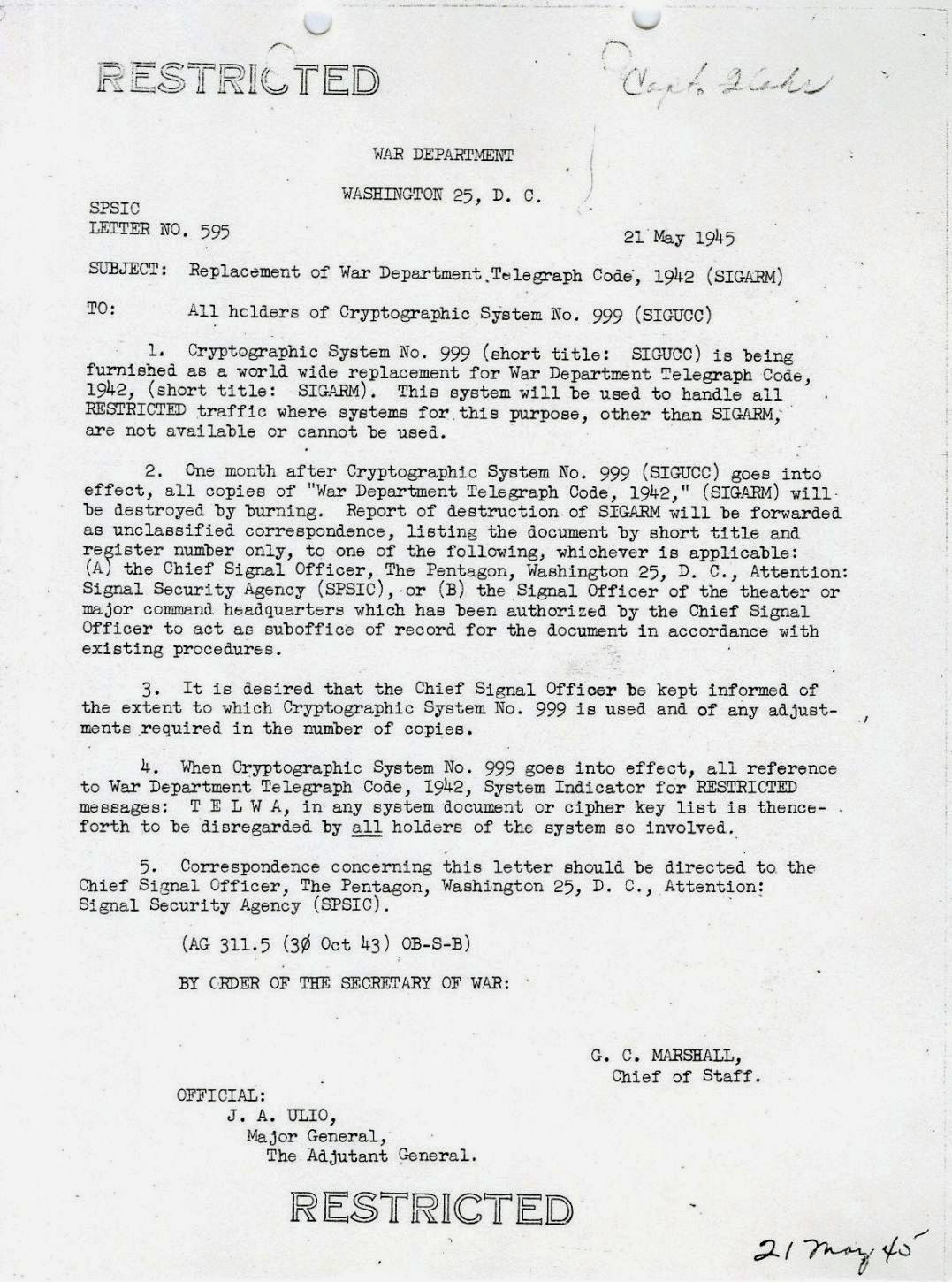 During WWII the Germans intercepted this traffic and exploited both WDTC books. It seems that they got hold of a copy of the older version so they were able to read all the messages without any problem. The war diary of the German Army’s codebreaking agency Inspectorate 7/VI shows that in June 1942 they received a copy of the A1/AC1 code and were able to read the traffic. Although most of the traffic was not significant from a military perspective, some messages were important. 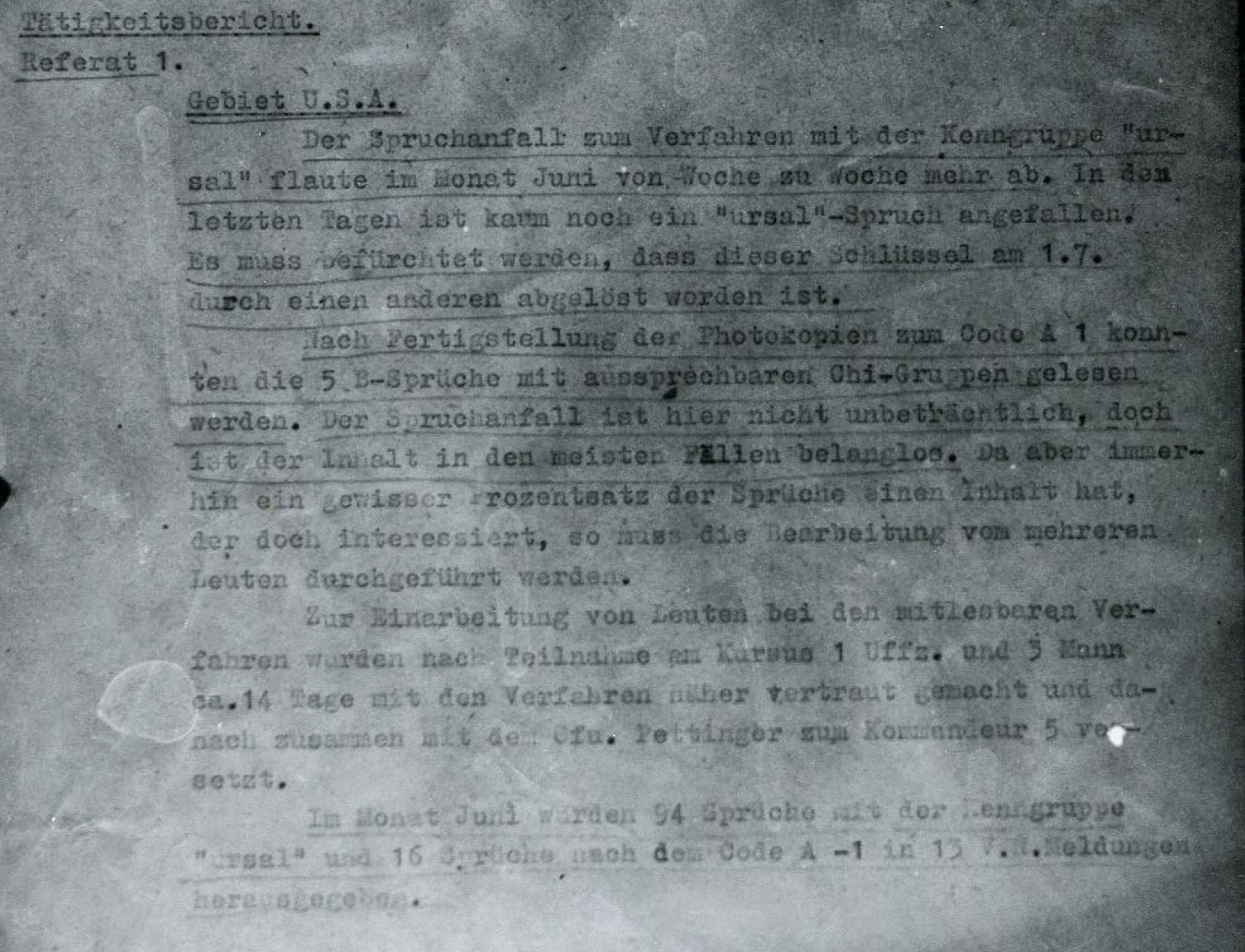 The new version with indicator TELWA was introduced in 1943 and it was solved cryptanalytically. According to Reinold Weber their efforts were aided by a parity check in the code values. Weber’s statement is confirmed from the report E-Bericht 1/44 of NAAS 5 (Nachrichten Aufklärung Auswertestelle - Signal Intelligence Evaluation Center). This was the cryptanalytic centre of KONA 5 - Signals Regiment 5, covering Western Europe. 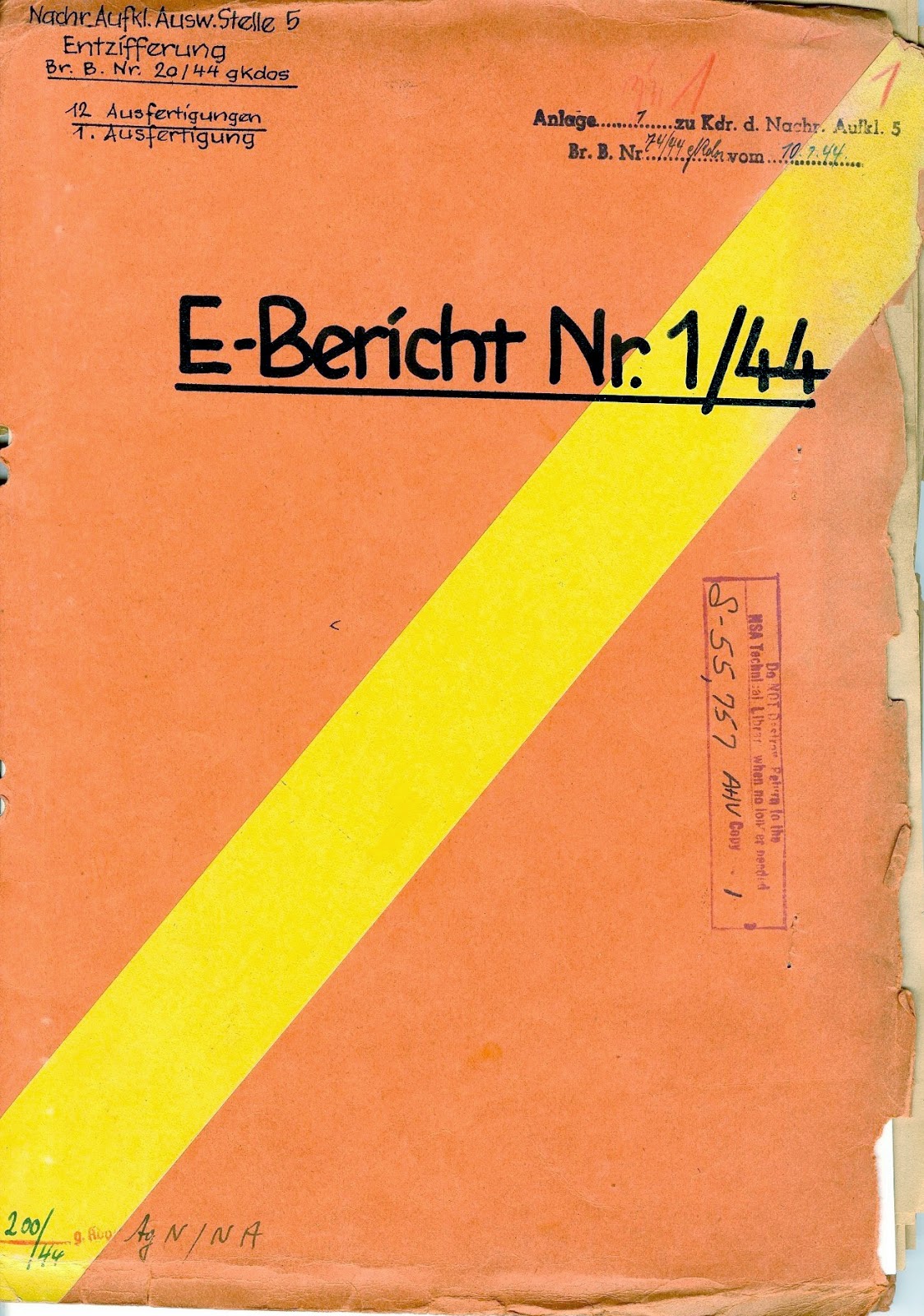 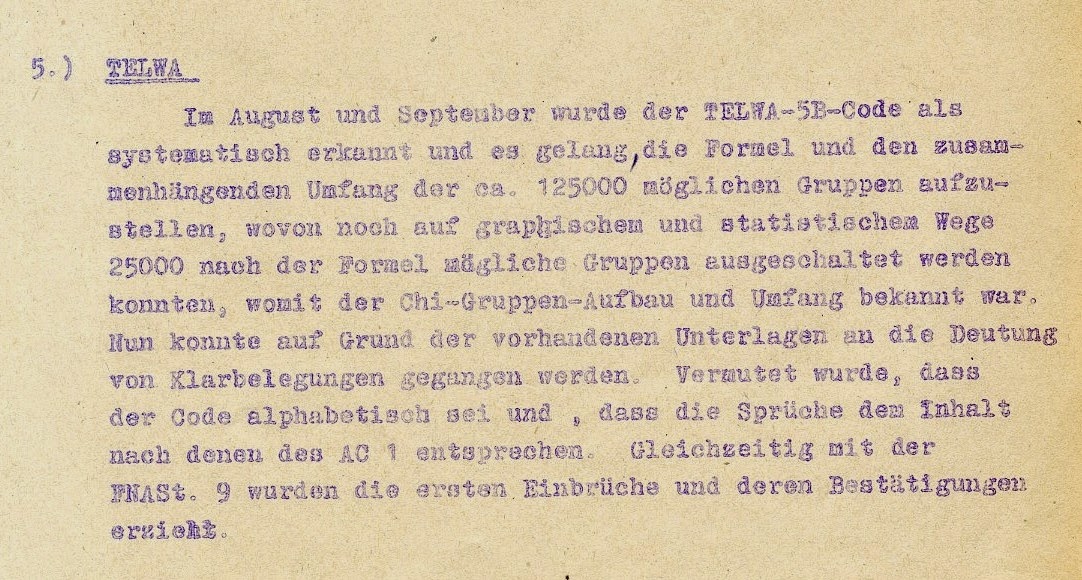 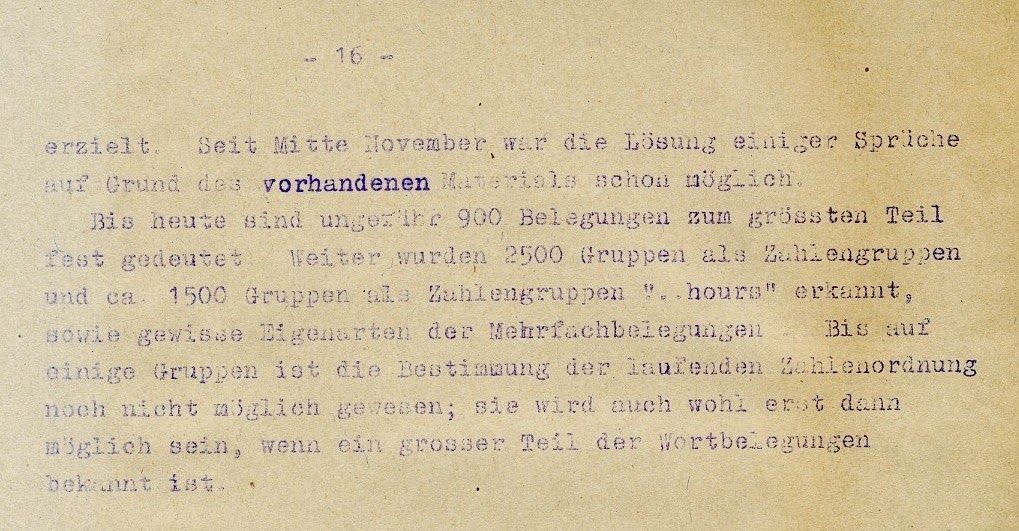 
In August and September the TELWA 5-Letter code was recognized as systematic. We managed to find the formula and the related size of about 125.000 possible code groups of which 25.000 groups could be excluded through graphical and statistical ways by using the formula. Hence the code group construction and the size was known. Now it was possible due to the available material to start the interpretation of the code assignments. It was assumed that the code was alphabetic and that the message content corresponded to the AC 1 usage. The first break-ins and confirmations were achieved simultaneously with FNASt. 9. Already in mid-November was it possible to solve some of the messages because of the available material.
To this day about 900 code assignments have been identified of which the majority are firmly interpreted. Furthermore 2.500 groups were identified as numerical groups and about 1.500 groups as numerical time groups, as well as certain special multiple assignments. Except for some groups the identification of the consecutive numerical order has not been possible. This will also first be possible when a larger part of the word assignments are known.


More details on the exploitation of these codes are available from TICOM reports:
From CSDIC/CMF/Y 40 - 'First Detailed Interrogation on Report on Barthel Thomas’, p4-5


II. The AC1
This was a US army Admin code, of no strategic value. Traffic in this code was passed by fixed US WT stas and bases abroad. The code was of the 5- letter type, with about 60,000 groups, each page containing 90 groups. There were code-groups for complete phrases, but these were not used  very often, PW thought that operators found it easier to encode text by taking clear single words rather than be bothered to look down the clear phrases column to find the required sentence. The code had been ‘captured’ before 39 and all German crypto secs in the field were equipped with Photostat copies. In Norway, 9-fixed Intercept Sta took and read this traffic from summer 42 to autumn 43.


III. The TELWA
This code succeeded the AC 1 in autumn 43. It was a simpler edition of the AC 1, with fewer variants provided, but built up on the same lines and of the same size. 9 Fixed Intercept Sta broke and reconstructed it to a large extent, with the help of the available AC 1.


From TICOM I-154 ‘Interrogation of Uffz. Rudolph Schneider of In 7/VI’, p2
B. A second system was a five letter, pronounceable code. Since a copy of the code book was available, Schneider assumes it had been captured and since there was no re-encipherment, cryptanalysis presented few complications. Frequent transmission garbles and a number of missing pages in the copy available provided the only difficulties. The code was a large one, however, and alphabetical; as a result, complete success was achieved more often than not. This system, too, was discontinued early in 1944. Prisoner thinks it was in use at a relatively high level and remembers Stillwell as a frequent signator.