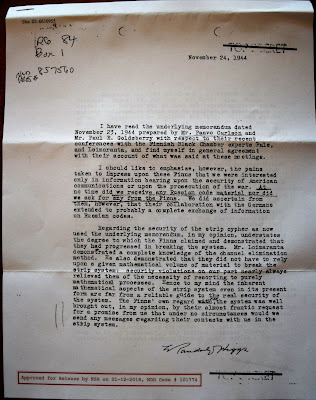 Update: Unfortunately the response from the NSA FOIA office was ‘….we have no additional information to provide’.