During WWII the US Office of Strategic Services station in Bern, Switzerland (headed by Allen Dulles) recruited agents in occupied Europe and transmitted intelligence reports back to Washington. Dulles collaborated in intelligence gathering activities with Gerald Mayer, local representative of the Office of War Information and General Barnwell Legge, US military attaché to Switzerland.


Some of these reports were decoded by the Germans and the Finns and we can see that they mention specific agents.
For example message No. 73 Bern-London of 4/4/1943, by General Legge lists several German divisions stationed in France and says that the information came from Source 206. Who was this mysterious agent? 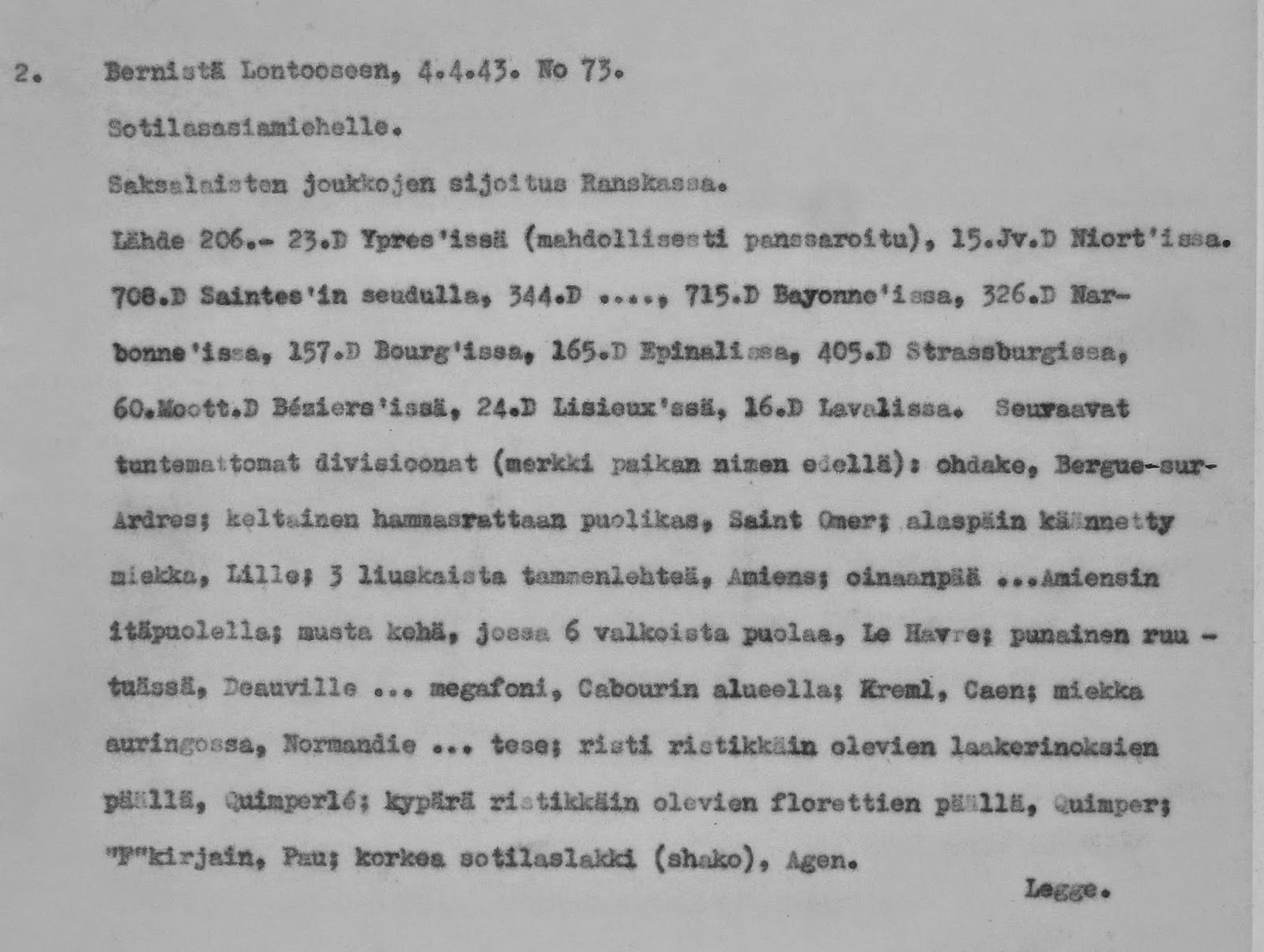