It’s not often that movies on WWII cryptology and signals intelligence appear on the big screen, probably because the subject matter is too complex for the general audience. A new movie, called ‘The imitation game’ has been released and it has received a lot of favorable reviews in the media. The movie focuses on the legendary mathematician Alan Turing and his efforts to solve the German Enigma cipher machine. 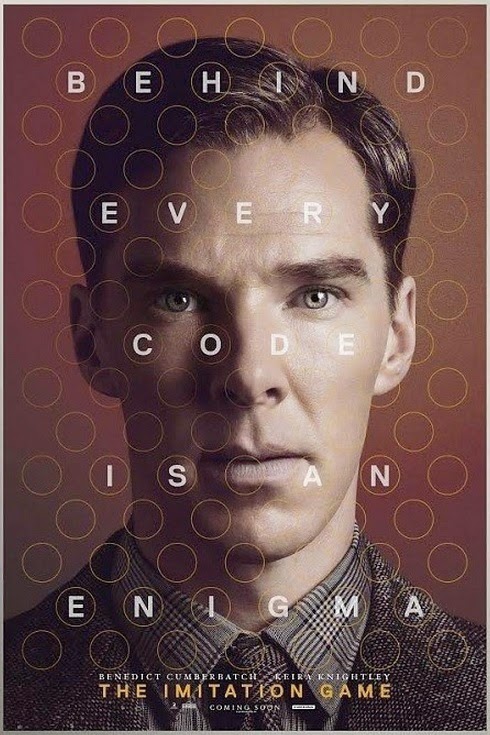 First let’s have a look at the trailer


Hmmm the movie certainly looks good (sets, costumes etc) and the main actors are all well known (Cumberbatch, Knightley, Strong) but the problems start to add up…
1). At 0:21: ‘It’s the greatest encryption device in history and the Germans use it for all communications’.


Ehm, I don’t know what greatest encryption device means but the military Enigma was not revolutionary in any sense. It was simply a clever modification of the commercial version, sold to companies and countries around the world. In fact the Brits had their own Enigma version called Typex. As for the second part the Germans use it for all communications it’s also wrong. The Germans used hand ciphers for low level messages, the Enigma at regiment/division level and also by naval units and airbases and cipher teleprinters for communications between higher commands. So the Enigma did not cover all German communications.
2). At 0:25 ‘everyone thinks Enigma is unbreakable’


The Poles didn’t think so did they?
3).  At 1:15 ‘I’m designing a machine that will allow us to break every message, every day, instantly’.


Bullshit. Sorry but there’s no other way to put it…I understand that some parts of Enigma theory need to be ‘dumbed’ down so that the general audience will enjoy the movie but come on! The bombe devices couldn’t break every message, every day and they certainly couldn’t do it instantly. Running ‘cribs’ took time and under the best conditions solutions could be achieved in several hours. Under the worst it could take days, weeks or possibly never…
Even when the Enigma settings were retrieved it wasn’t possible to read the message instantly. Someone had to type the message on the specially modified Typex devices and write down the deciphered text. Without good ‘cribs’ the bombes didn’t work. Simple as that.


3).  At 1:20: ‘They had to create the world’s first computer’
……….The bombes were not general purpose computing devices. Apparently the producers of the film were thinking of the ‘Collosus’ but this was a different device, built by different people, for the solution of a different cipher machine, NOT the Enigma.


4). At 1:29: Fake rivalry between Turing and Denniston.
Historically inaccurate but I guess they had to insert some kind of conflict in the story for the general audience.


5). At 1:50: ‘The Navy thinks that one of us is a Soviet spy’.
Again historically inaccurate. There was a Soviet spy at Bletchley Park, John Cairncross but he was not a cryptanalyst and he didn’t work with Turing.


So in only 2 and a half minutes we’ve seen some serious mistakes. On the other hand maybe I’m nitpicking here.  So how does the actual movie hold up? We’ll get to that in the next post.