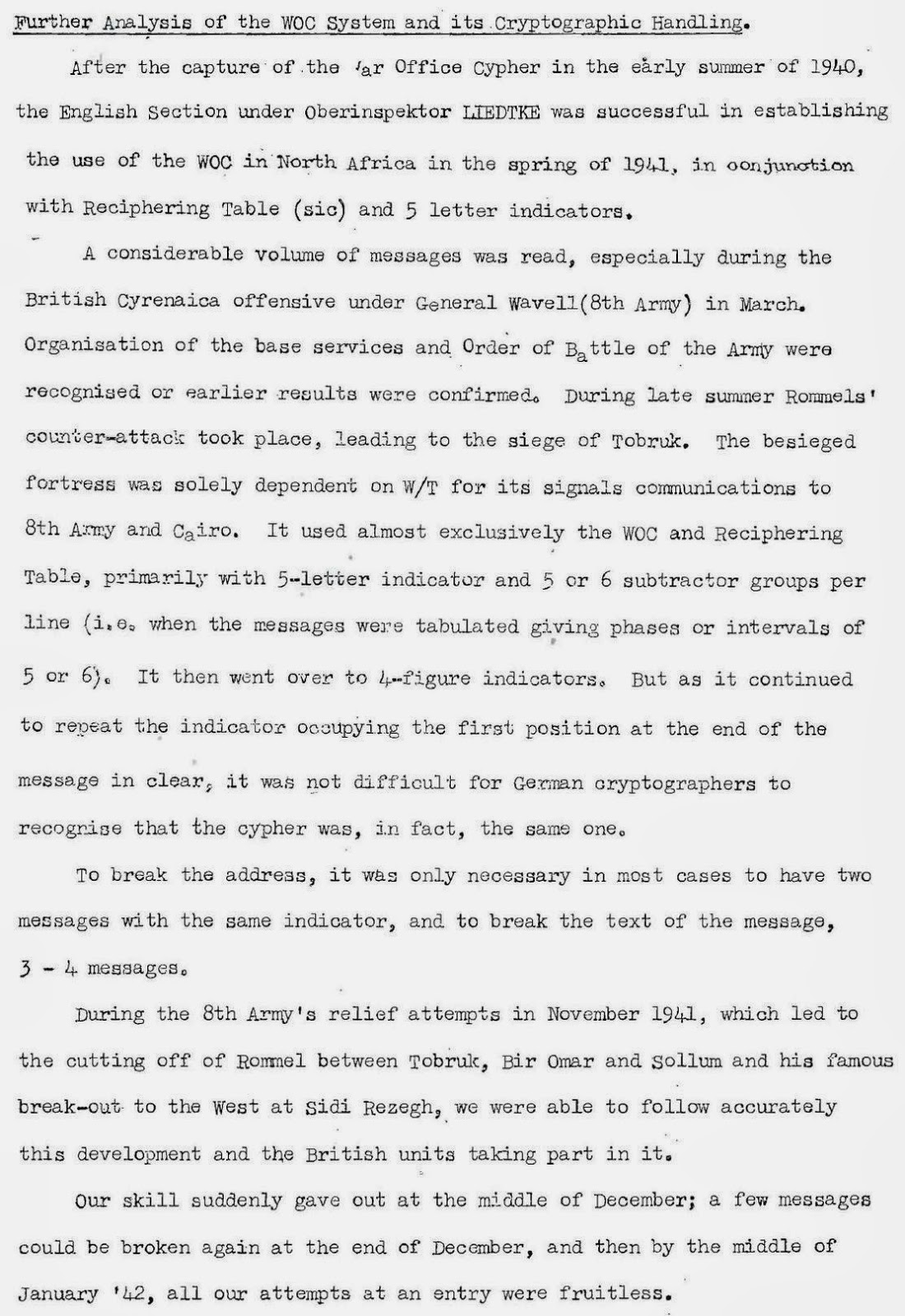 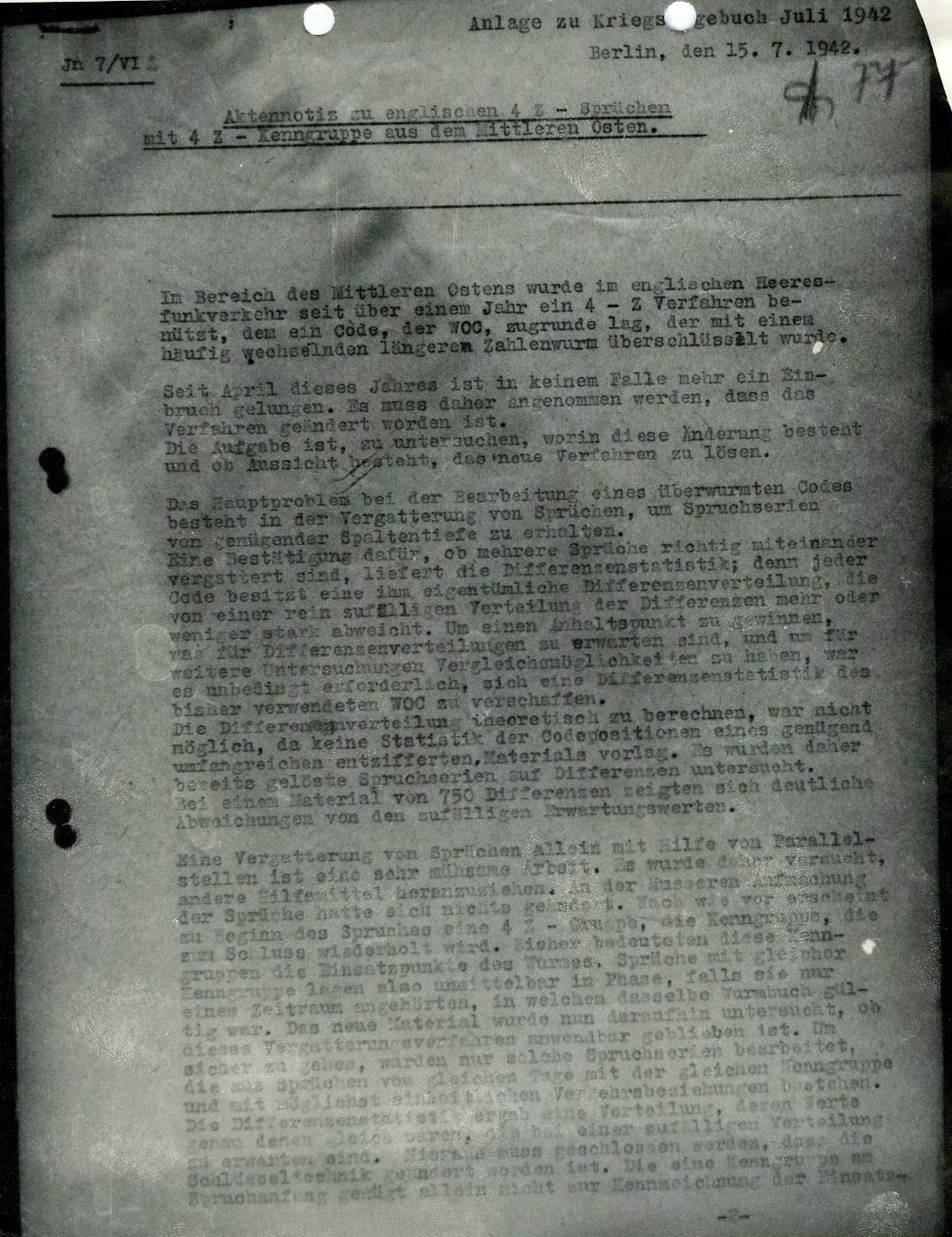 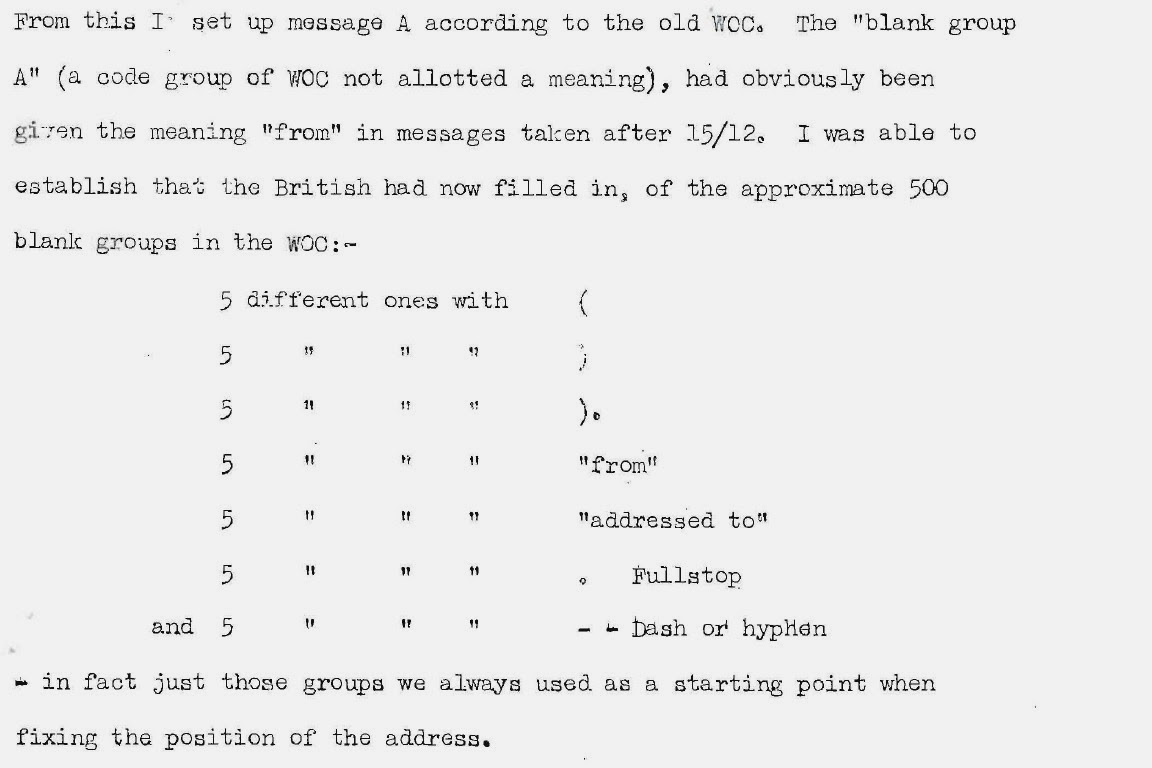 
One of these was the British Army’s War Office Cypher and the decoded messages from the M.E. Theatre in 1941 gave them valuable intelligence, especially during the Crusader offensive.
Sources: ‘Intelligence and strategy: selected essays’, ‘British intelligence in the Second World War’ vol2,  TICOM reports I-51, I-113, IF-107, CSDIC SIR 1704-‘The organization and history of the Cryptologic service within the German Army’, CSDIC/CMF/Y 40-'First Detailed Interrogation Report on Barthel Thomas’, ‘European Axis Signal Intelligence in World War II’ vol1 and 4, , Cryptologia article: ‘Brigadier John Tiltman: One of Britain’s finest cryptologists’, War Diary Inspectorate 7/VI