During WWII Sweden was neutral but maintained close economic relations with Germany. The German signal intelligence agencies were interested in Swedish communications and they tried to solve their diplomatic and military systems.

The Swedish diplomatic traffic was mainly enciphered with Hagelin cipher machines. The Germans analyzed the traffic but according to postwar reports could not solve it (although one message of 5.000 words may have been solved).


The Allies also targeted Swedish Hagelin traffic and had some success, mainly through physical compromise, but according to a report dated August 1944 (Fish notes report 102) ‘the keys have not been broken since January 1942 and none of this traffic has been read since June of that year’. 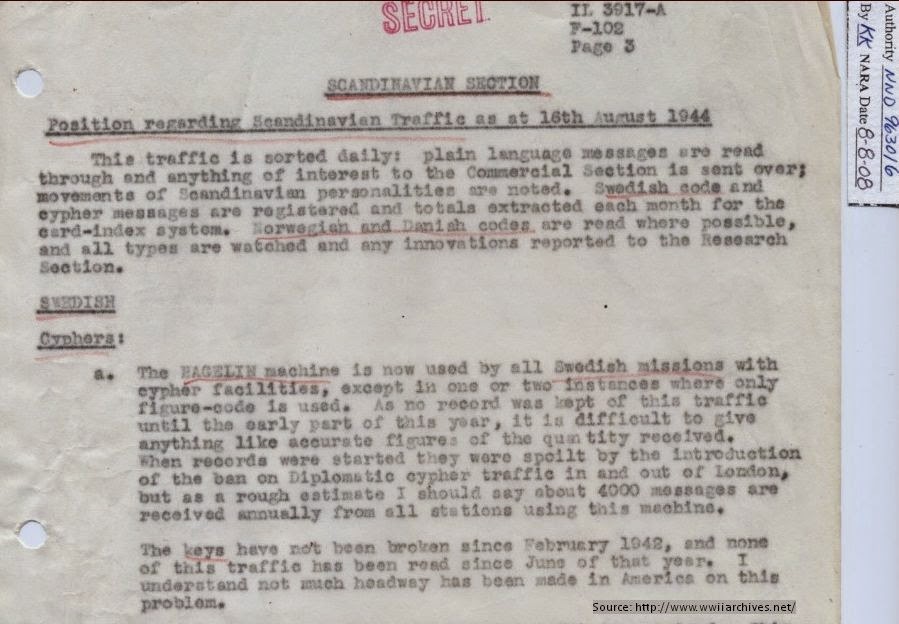 The military traffic was intercepted and decoded successfully by a unit in Halden, Norway. This was outstation Halden (Aussenstelle Halden). This unit belonged to Feste 9 (Feste Nachrichten Aufklärungsstelle -Stationary Intercept Company) but was attached to the Halden Police battalion for administrative purposes. It was commanded by Lieutenant Thielcke.


5). SM-1 (Schwedische Maschine 1) - version of the Hagelin C-38. This was solved on operator mistakes and ‘depths’. Some details are given by Luzius, an expert on Hagelin cipher machines at the German army’s signal intelligence agency:
‘7. He was then asked whether they had achieved any other successes with this type of machine. He recalled that the Hagelin had been used by the Swedes, in a form known as BC-38. This was similar to the M-209, but with the additional security feature that, whereas with the American machine in the zero position A = Z, B = Y, etc., In the Swedish machine the relationship between these alphabets could be changed. He could not remember whether it had changed daily or for each message. He himself had worked on this machine and had solved a few messages. It had been an unimportant sideline, and he could not remember details; he thought that it had been done by the same method, when two messages occurred with the same indicators. This had only happened very rarely.


The report E-Bericht 7/44 of Feste 9 has some information on Swedish systems: 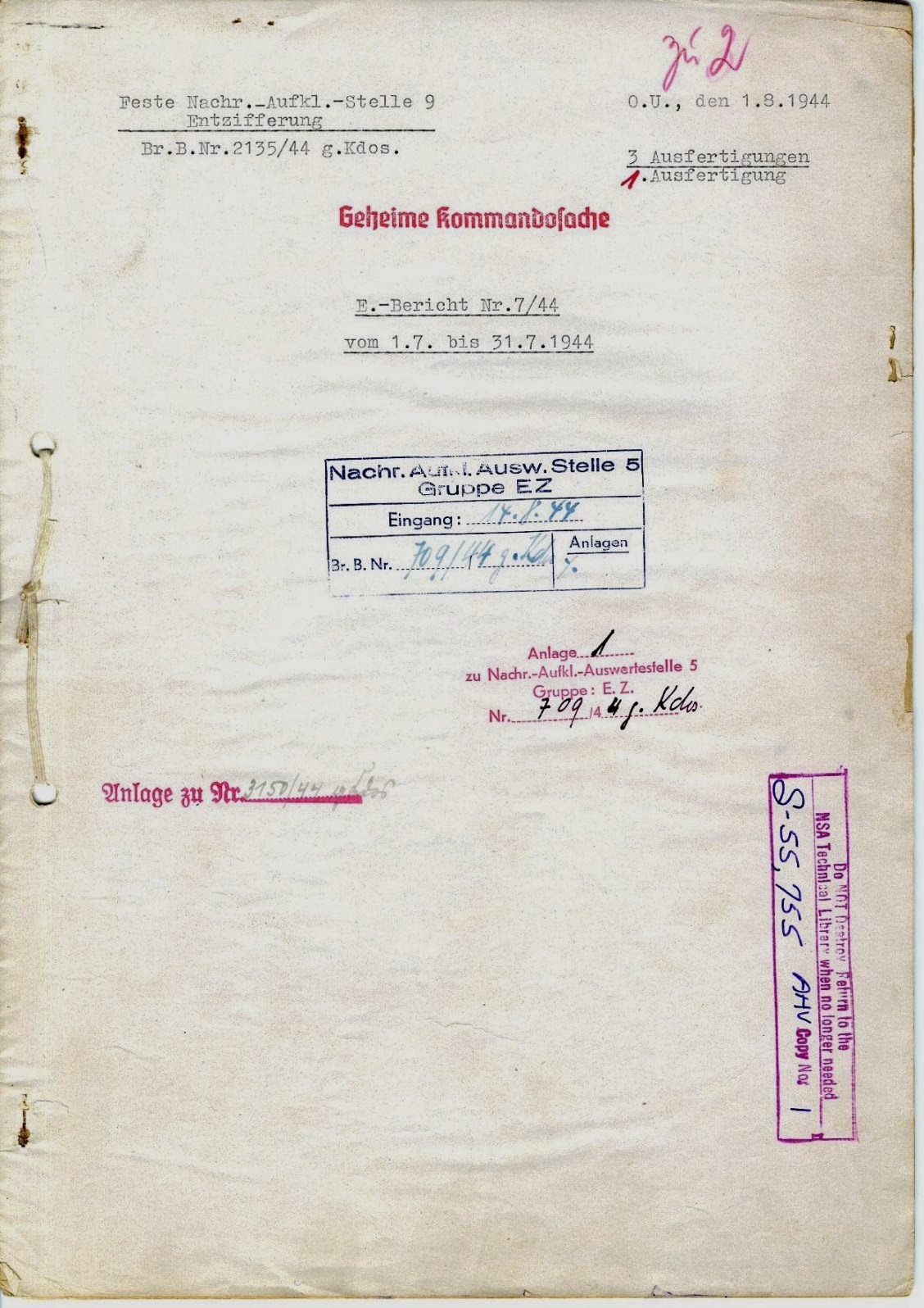 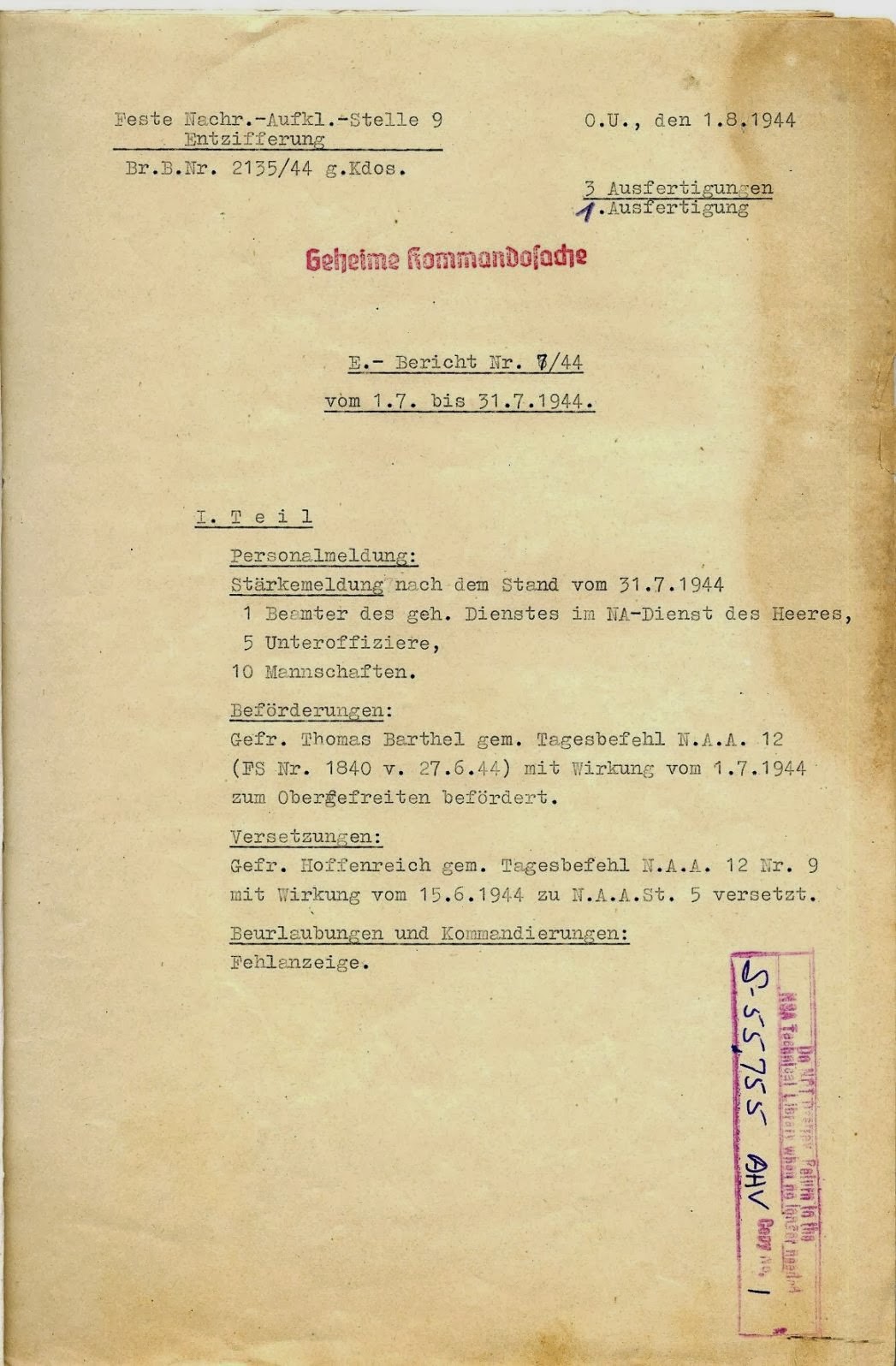 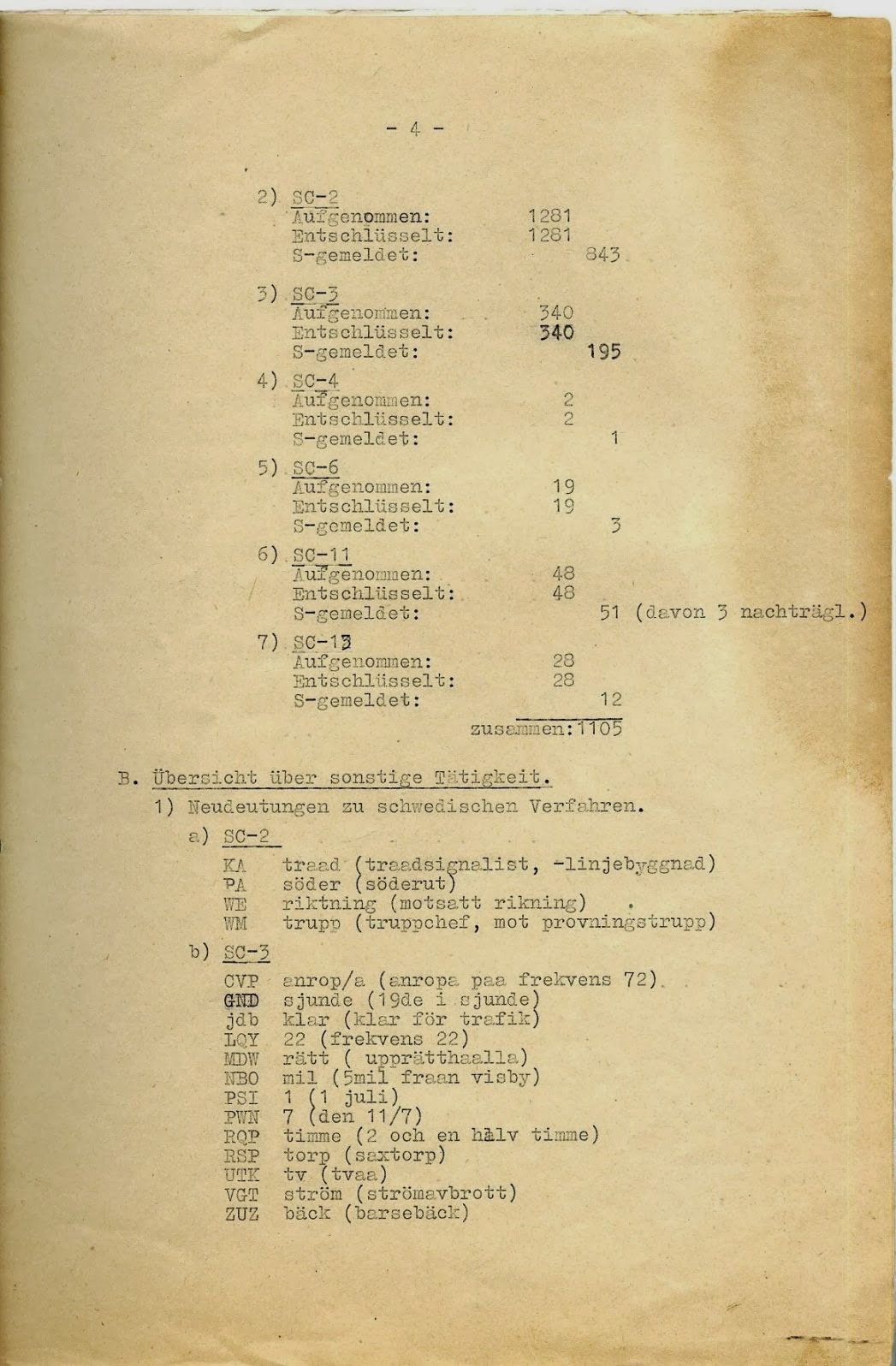 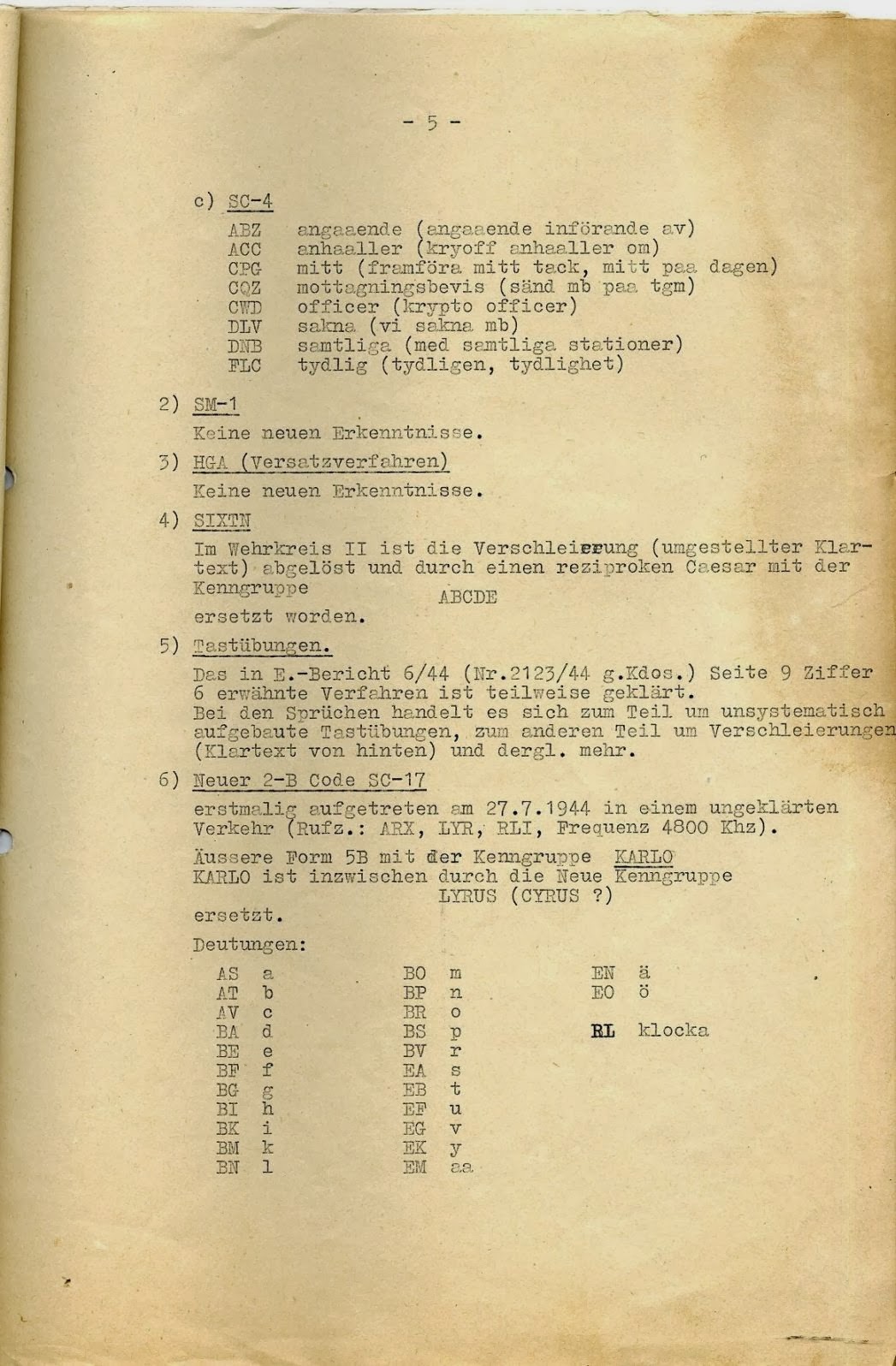 The people of Aussenstelle Halden were not successful with all the Swedish codes. According to ‘European Axis signals intelligence’ vol4 the high level grille HCA and the ‘large’ Hagelin (probably a version of the Hagelin B-211) were not solved.
The solution of the tactical codes and the C-38 allowed the Germans to build up the Swedish army’s OOB. Why were the Germans so interested in the army’s dispositions? It seems that in 1943 they contemplated an attack on Sweden.