I think that I’ve covered practically all the important cryptologic cases of WWII in my current essays. In order to write more I’ll need access to files that the NSA is in the process of declassifying and that may take a while. However there are two stories that I’m going to cover in the future. One concerns the German research on the British Typex cipher machine and the other will be a summary of the work of the Agents section of the German Army’s signal intelligence agency.


Typex
Many authors claim that the German codebreakers had a look at the British Typex cipher machine and then gave up because they considered the task hopeless. Apparently that was not true for the German army’s codebrealers: 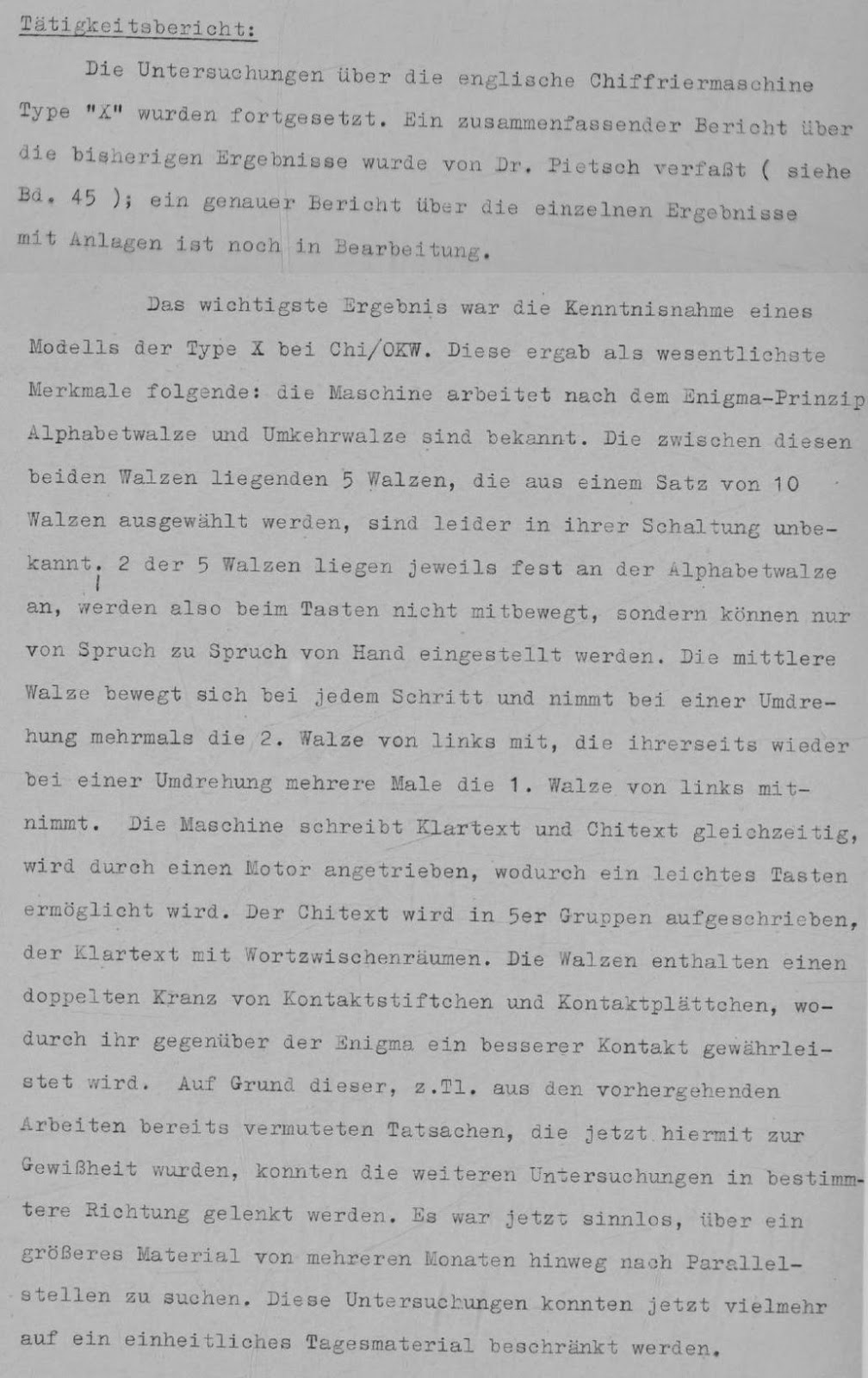 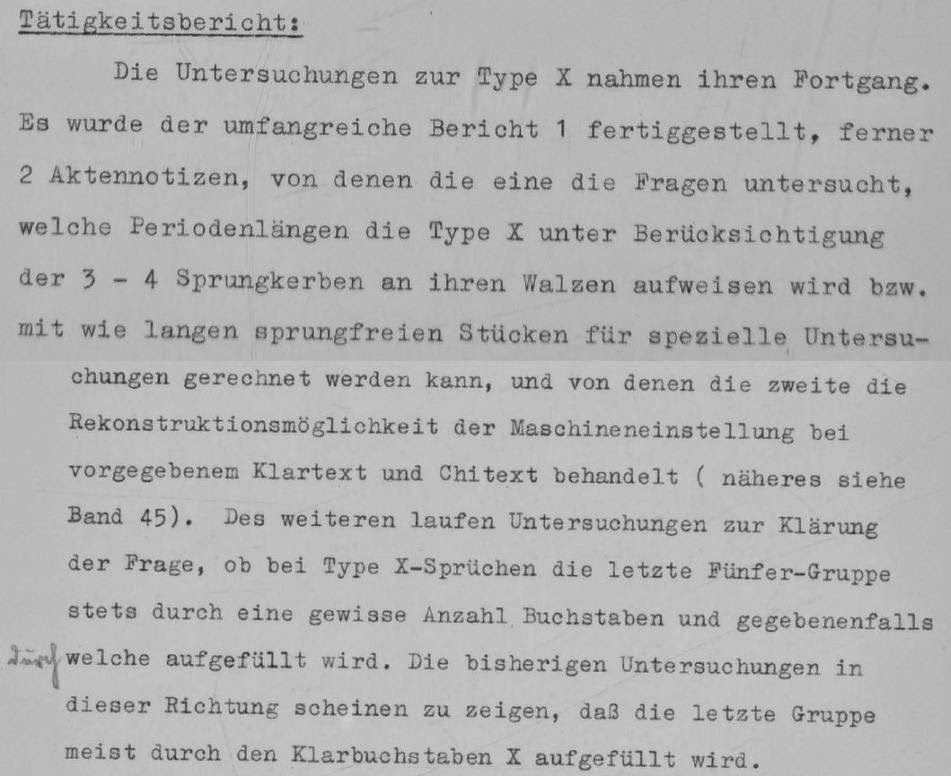 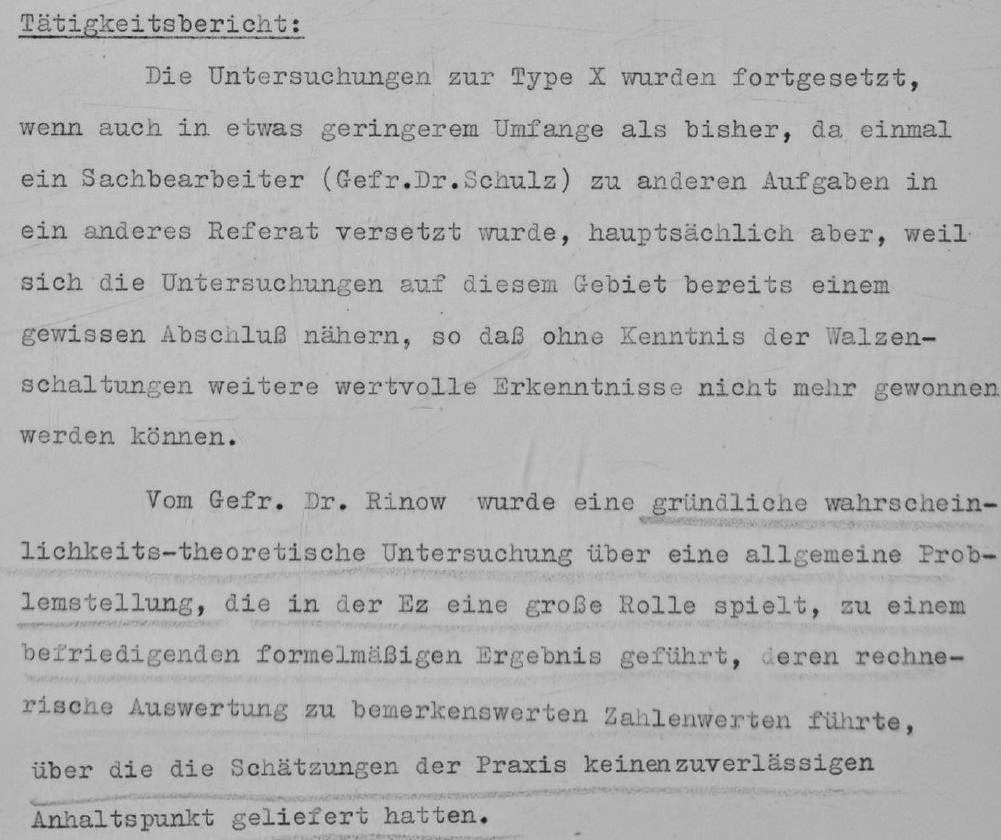 Referat 12
Referat 12 (Agents section) of the German Army’s signal intelligence agency OKH-Inspectorate 7/VI dealt with the codes and ciphers of enemy agents. During the war they solved the cryptosystems of British, French, Belgian, Polish, Czech, Russian, Greek, Bulgarian and Norwegian spies and saboteurs. A summary of their work during the period May 1942- February 44 (last available reports) is in order. 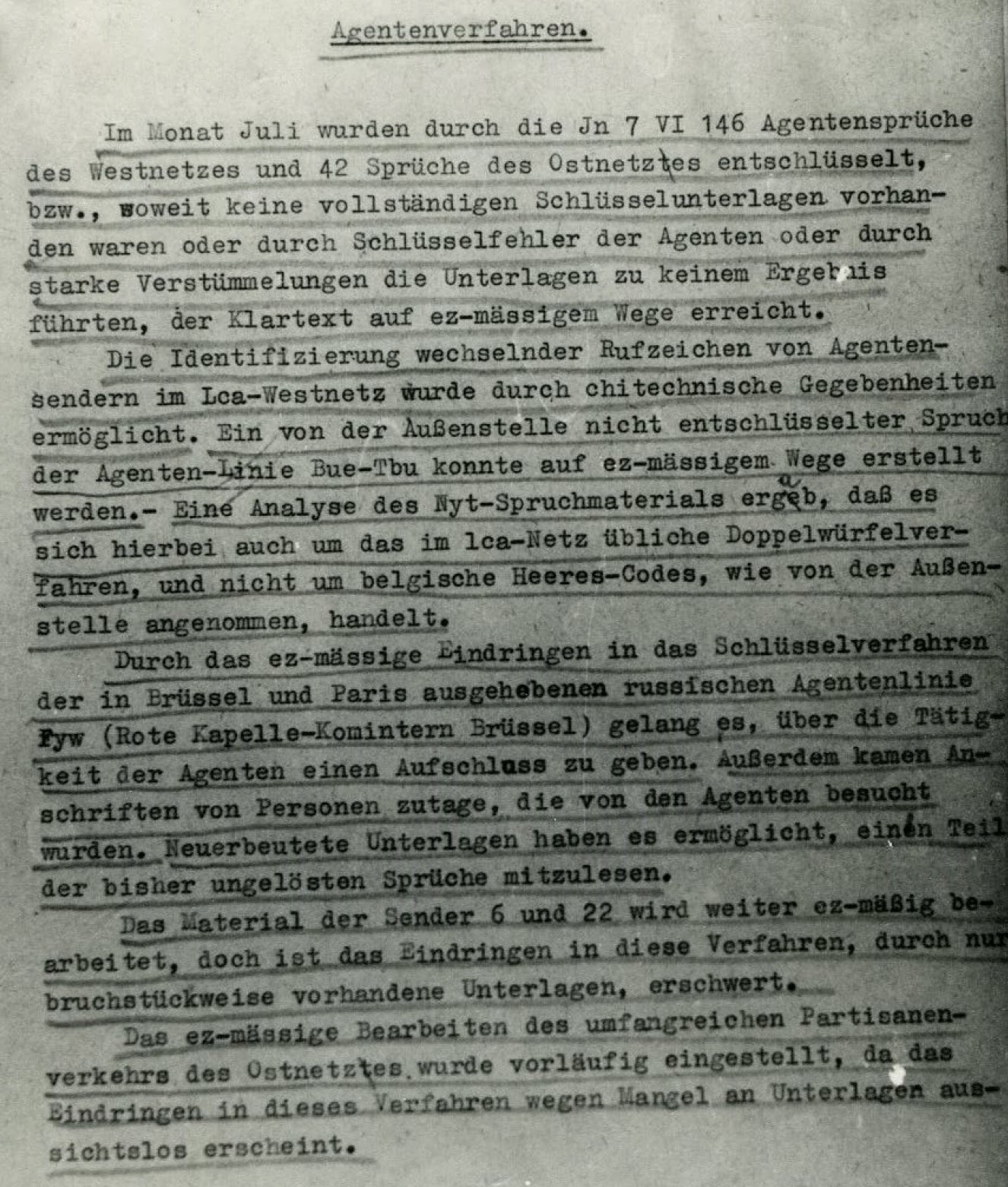 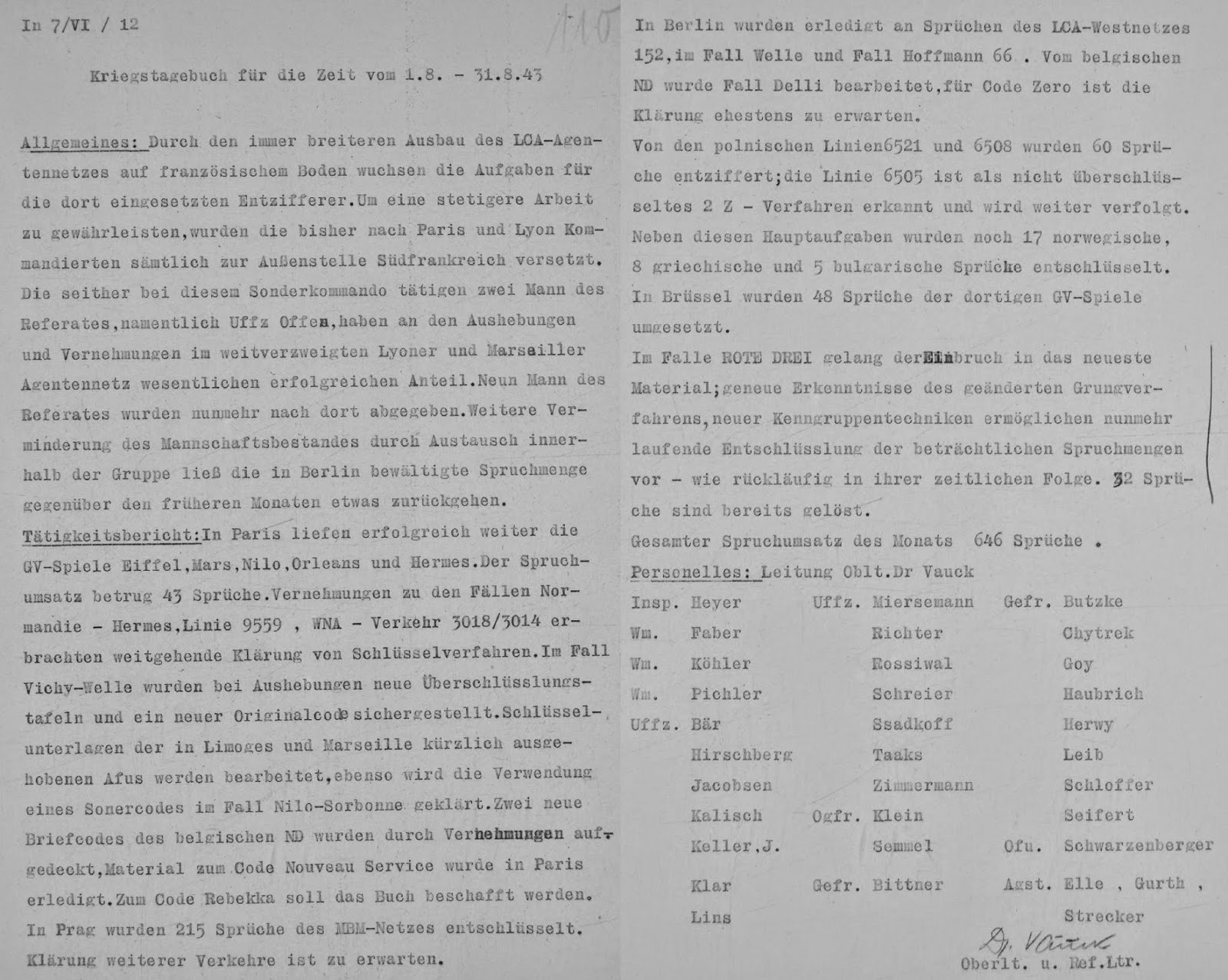 I have rewritten French Hagelin cipher machines.
Posted by Christos T. at 7:04 AM No comments:

The Soviet Union was a secretive state convinced that the capitalist world was plotting to invade and destroy it. In order to avert such a development the Soviet government financed and organized the creation of spy networks throughout Europe. These penetrated military, economic, political and diplomatic circles. Many of the agents were devoted communists who thought they were working for the creation of a better world.


Germany was a major target of the Soviet spies, especially after power was seized by the NSDAP party. The Red Orchestra was the name given by German intelligence to the Soviet spy networks operating in Europe during WWII. These networks had been set up in the 1920’s and had managed to infiltrate government departments and business circles of every country in Europe. Through their spying activity they kept Moscow informed of important events in Europe.
Their means of communication was the radio and it was this means that led to their downfall. The German Radio Defence agency (Funkabwehr) was able to locate one of the sites used for radio transmissions in 1941 and by apprehending the cipher clerks and their cipher material they were able to read this traffic. By decoding messages they uncovered the names of many Rote Kapelle members and of course these were arrested, interrogated and more people were incriminated. By late 1942 the main networks in Western Europe were destroyed.

However after exposing and dismantling these networks the Germans took measures to continue their transmissions to Moscow, so that they could pass false information to the Soviets and also receive information on new spies sent to the West.


The unit tasked with dismantling the Rote Kapelle networks and handling the radio deception (funkspiel) was the Sonderkommando Rote Kapelle, headed in 1943-44 by Heinz Pannwitz.


Operations Eiffel and Mars
In the period 1943-44 the Sonderkommando Rote Kapelle/ Sonderkommando Pannwitz was based in Paris and handled the radio-games between captured Soviet agents and Moscow. The Germans had managed to capture the leaders of the organization Leopold Trepper (Grand Chef) and Anatoly Gurevich (Petit Chef).


After a short period in captivity Trepper managed to escape but Gurevich was used by the Germans to report disinformation to Moscow and convince them that their spy networks were operating normally.
Radio messages were sent from Paris (operation Eiffel) and from Marseille (operation Mars). 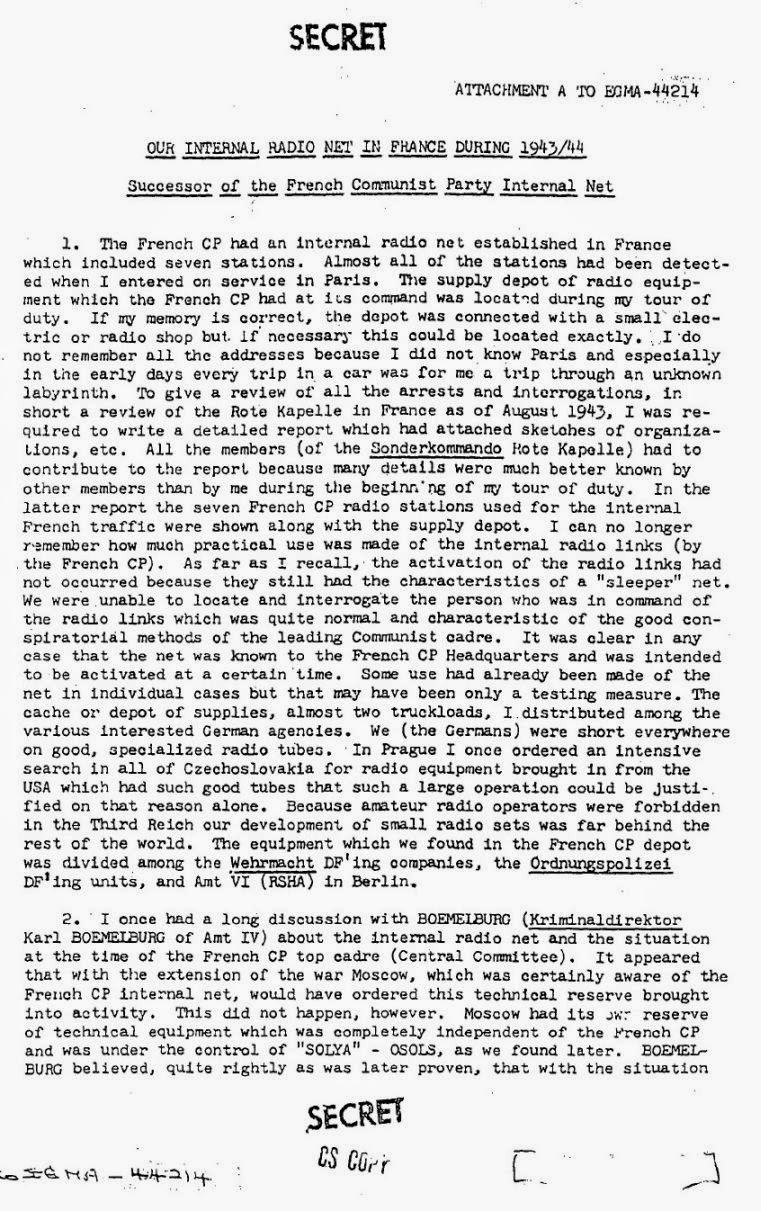 These stations had been located by the Germans and they were eliminated thus preventing direct communications with Moscow. However Pannwitz knew that eventually the communists would replace these stations with new ones and risk exposing his operations in France. In order to preempt such a move the Sonderkommando established a new French CP radio network that was in reality under its complete control. 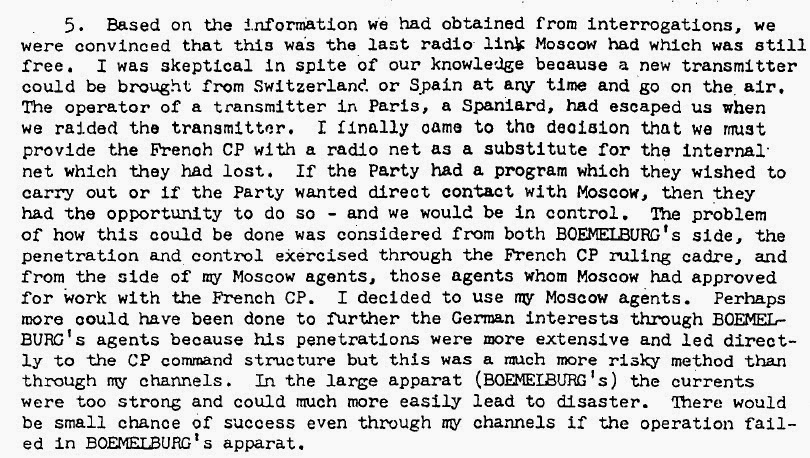 Using the cover of the Rote Kapelle, the resistance leader Paul Victor Legendre was persuaded to set up this radio network. The Germans managed to build up this organization and inserted their own men as radio operators. By operating this network they got a large number of daily espionage reports and were able to keep track of the resistance and stop acts of sabotage. 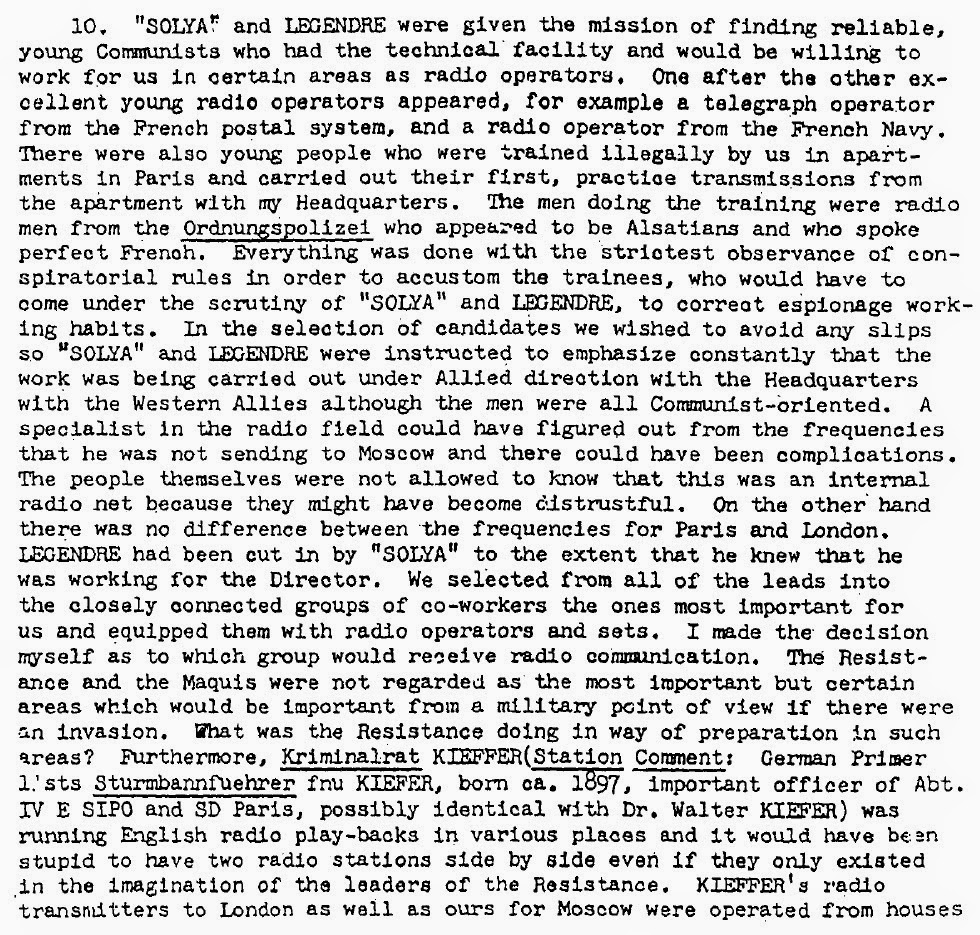 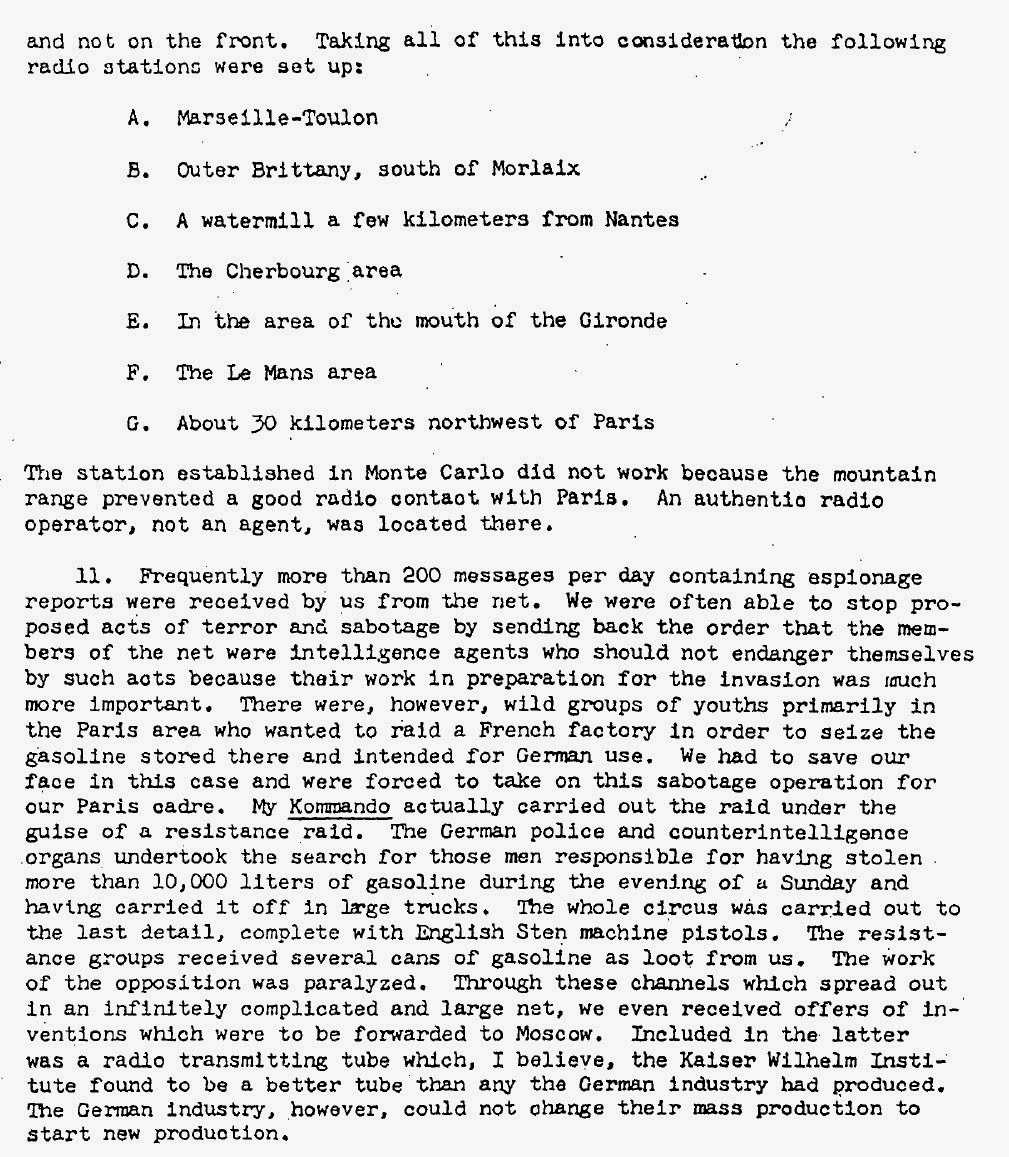 According to Pannwitz an added benefit of running this network was that during the Normandy campaign some of the radio stations continued to transmit information, this time on the strength and operations of the Allied forces. 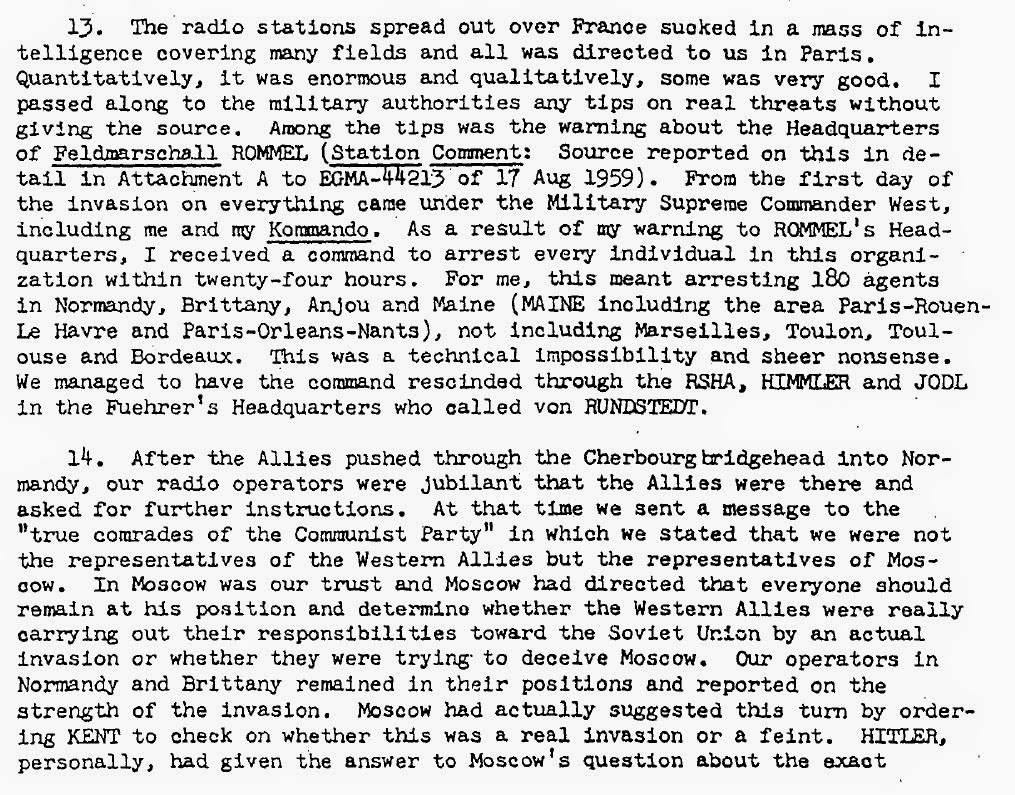 The operations of the network concluded in the summer of 1944 when the Germans had to evacuate Paris. Till that time however the German intelligence agencies got information of great value through the French CP radio network.