Interview of Yasha Levine (author of Surveillance Valley: The Secret Military History of the Internet) by Mark Ames and John Dolan (The War Nerd).

Candle in the Dark: COMINT and Soviet Industrial Secrets, 1946-1956

The study ‘Candle in the Dark: COMINT and Soviet Industrial Secrets, 1946-1956’ by Carol B. Davis is available for download from the NSA website.

This version (unlike the copy at the Cryptologic Museum’s Library) is complete!

To err is human vol 4

In my essay Rommel’s microwave link I had mentioned that a German speech cipher system was used on a microwave link connecting the German high command with Rommel’s HQ in North Africa.

'In 1935, Telefunken engineers Paul Kotowski and Kurt Dannehl applied for a German patent on a device for masking voice signals by combining them with an equally broad-band noise signal produced by a rotating generator. The receiver in their system had a duplicate rotating generator, properly synchronized so that its locally produced noise replica could be used to uncover the voice signal. The U.S. version of this patent was issued in 1940, and was considered prior art in a later patent on DSSS communication systems. Certainly, the Kotowski-Dannehl patent exemplifies the transition from the use of key-stream generators for discrete data encryption to pseudorandom signal storage for voice or continuous signal encryption. Several elements of the SS concept are present in this patent, the obvious missing notion being that of purposeful bandwidth expansion.

The Germans used Kotowski’s concept as the starting point for developing a more sophisticated capability that was urgently needed in the early years of World War II. Gottfried Vogt, a Telefunken engineer under Kotowski, remembers testing a system for analog speech encryption in 1939. This employed a pair of irregularly slotted or sawtoothed disks turning at different speeds, for generating a noise-like signal at the transmitter, to be modulated/multiplied by the voice signal. The receiver’s matching disks were synchronized by means of two transmitted tones, one above and one below the encrypted voice band.

This system was used on a wire link from Germany, through Yugoslavia and Greece, to a very- and/or ultra-high frequency (VHF/UHF) link across the Mediterranean to General Erwin Rommel’s forces in Derna, Libya.'

After having a look at google patents I saw that Vogt was credited with a patent and I thought that this was the speech cipher system but I was corrected by klausis krypto kolumne commenter ‘Thomas’, who linked the Kotowski-Dannehl patent.

During WWII the US Office of War Information engaged in intelligence gathering and propaganda activities against the Axis powers.

The representatives of the OWI used various cipher systems in order to protect their communications and these systems were examined by the Joint Chiefs of Staff.

A summary report was issued in July 1944 and it found problems with physical security, classification procedures, stereotyped messages and cipher reuse.

Regarding OWI ciphers it was noted that ‘Present double transposition keys have been in use since they were produced by the Signal Corps in late 1942 and early 1943’ and the recommendation was ‘That immediate supersession of these keys be accomplished and that provision be made for their more frequent supersession in the future’. 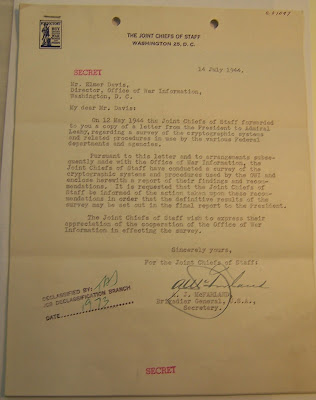 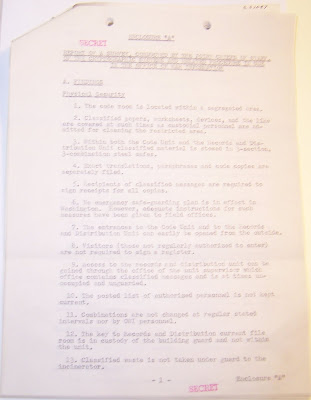 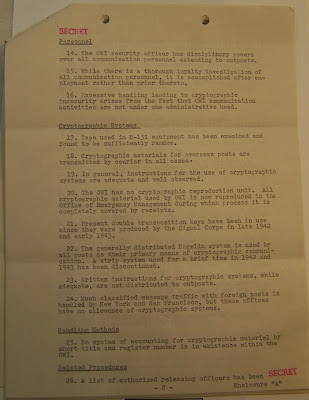 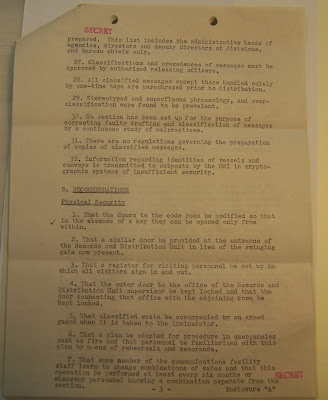 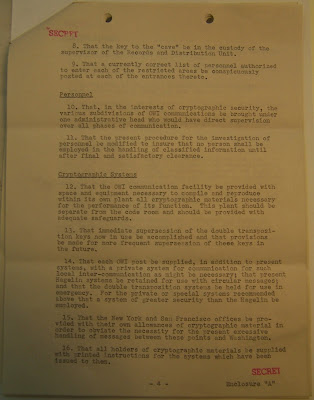 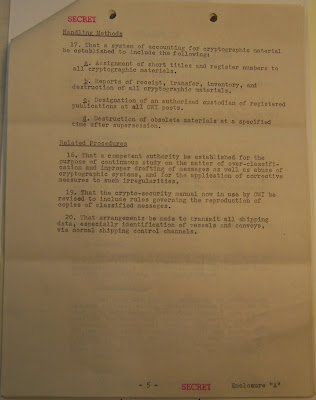 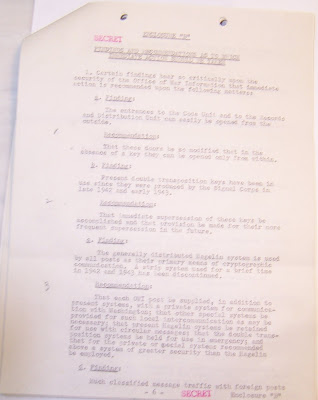 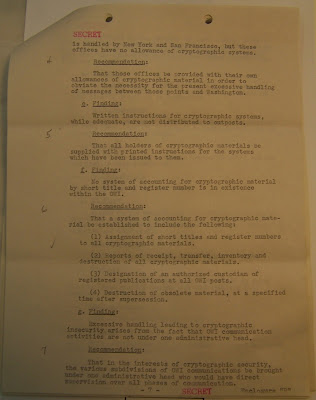 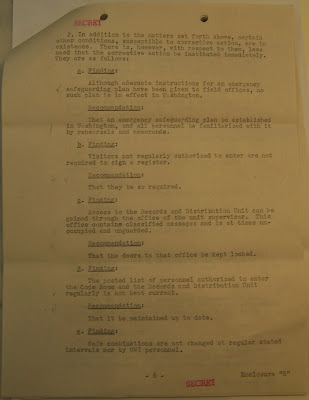 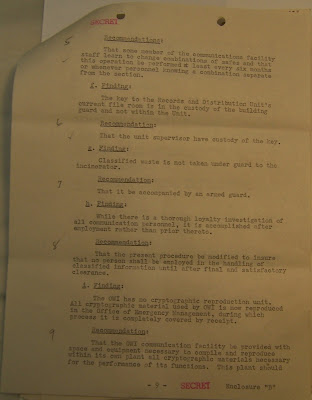 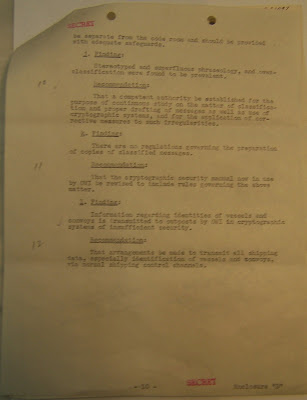 Acknowledgements: I have to thank Robert Hanyok for locating and copying the JCS evaluation.
Posted by Christos T. at 11:41 PM No comments:

The ‘Journal of Intelligence History’ article ‘The German ‘ultra’: signals intelligence in Yugoslavia 1943–1944’ by Gaj Trifković has interesting information on the dissemination and use of signals intelligence by the Germans in their war against the Chetnik and Partisan resistance movements in WWII.

This article deals with the extensive signals surveillance program operated by the Wehrmacht and directed at their most dangerous enemy in the Balkans, the Yugoslav Partisans. This subject has so far received surprisingly little attention in academic circles despite the fact that it was one of the crucial pillars of the entire Axis counter-insurgency effort in Yugoslavia and that it was one of the most successful actions of its kind conducted by the German intelligence. Based largely on previously unpublished primary sources, as well as post-war literature, this article will outline the workings of the program during its heyday in the years 1943–1944 and seek to establish its impact on the battlefield. As such, it will hopefully prove to be useful to both students of wartime events in the Western Balkans and to researchers of intelligence services during the Second World War in general.
Posted by Christos T. at 2:28 AM 1 comment: