I’ve always been interested in the Asia Minor campaign but unfortunately the books I’ve read so far tended to lack an in depth analysis of why the Greek forces failed to defeat the weakened Kemalist army.

The essays posted at the aforementioned site clearly point out the underlying problems of the Greek armed forces: the lack of professionalism of the officer corps, the rigid planning at the operational and strategic level and the lack of support between infantry, artillery and cavalry. 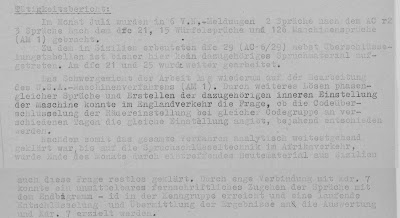 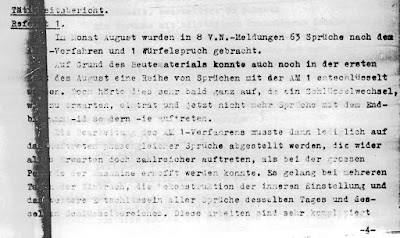 2). The blog Kesler12 has some interesting essays:

After spending quite a lot of time and money researching these cases I think it’s time to wind things down.

During the year I’ll be checking books and articles on WWII history and cryptology but I will not embark on any new projects. Nor will I post as often as in past years.

Instead I’ll wait for the processing of my remaining FOIA cases with the NSA and State Department.

The two files are the TICOM report I-40 (from the NSA) and the Henriksson report (from the State Department).

There will also be a conference in late 2019, the NSA’s 2019 Symposium on Cryptologic History.

There might be some interesting presentations in this event.

Sometime during the year the first authorized history of GCHQ will be published. It seems that archival material will also be released to the UK national archives.

I will keep an eye out for interesting information.
Posted by Christos T. at 12:15 AM No comments: