Leaders of the Rote Kapelle

The Red Orchestra was the name given by German intelligence to the Soviet spy networks operating in Europe during WWII. These networks had been set up much earlier and had managed to infiltrate government departments and business circles of every country in Europe.


Through their spying activity they kept Moscow informed of important events in Europe. Their means of communication was the radio and it was this means that led to their downfall. The German Radio Defence agency (Funkabwehr) was able to locate the sites used for radio transmissions in 1941 and by apprehending the cipher clerks and their code material they broke their code.
By decoding messages they uncovered the names of many Rote Kapelle members and of course these were arrested, interrogated and more people were incriminated. By 1942 the main networks were destroyed. All in all it was a great success for the German intelligence agencies.
The top people of the Rote Kapelle were Leopold Trepper and Victor Sokolov. Trepper was arrested on the 5th of December 1942 and cooperated in feeding Moscow with disinformation. In 1943 however he managed to escape from his guard and went into hiding.
Sokolov was arrested on 12 November 1942 . He also cooperated in the radio game organized by the Germans and the information he passed on to Moscow was deemed so important that he was given the order of Lenin in 1943. This success however ended in February 1944 when Moscow learned that he was under German control. Still they did not cut contact with him.
Here are the personality cards for these two Russian spies from British archives KV 3/351 ‘The case of the Rote Kapelle’.
Leopold Trepper -  Grand Chef 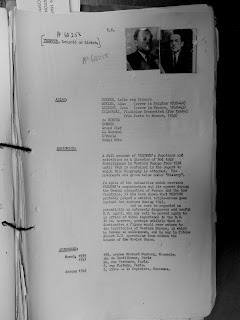 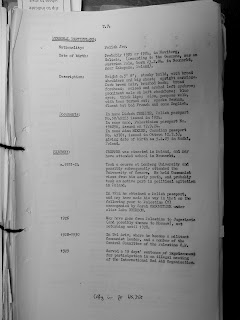 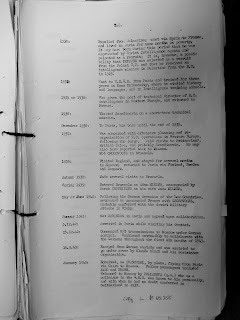 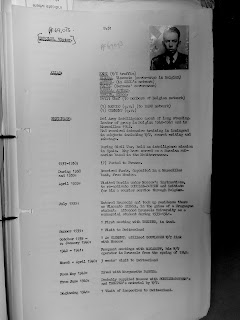 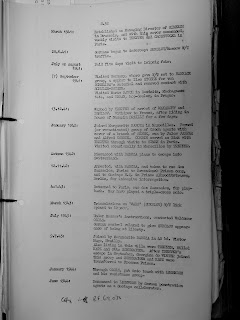 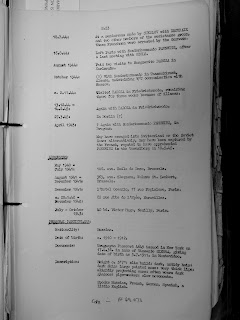