The Typex cipher machine was used by the British during WWII as their high level crypto system. According to many authors the German codebreakers tried to solve it but gave up in despair.

Is that the whole truth?

Apparently not. According to document TICOM D-83 the cryptanalysts of the German Army ‘s Signal intelligence agency OKH/Inspectorate 7/VI were more successful than their colleagues in other agencies.
The D-83 file says: ’However, by about May, 1941, OKH were in full possession of all the theory necessary for solving the problem and there can be little doubt that, had they been lucky enough to capture a set of drums at Dunkirk as well as the three machines the bulk of the Typex traffic up to July 1940 would have been read’. 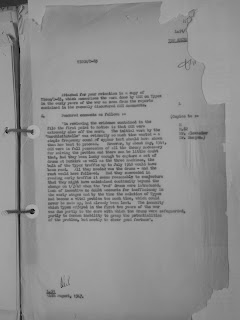 This file can be found in British National Archives HW 40/169 ‘Interrogations of prisoners of war from the German Army Y Service’. Unfortunately the rest of the report has not been released.