Histories of the war between the Soviet Union and Nazi Germany focus almost exclusively on the land battles and devote a smaller part for the airforces of the two countries. The naval engagements of the war are usually given very little space.


This is understandable since the Soviet Navy was mostly ‘bottled’ up in the Baltic and there were few interesting operations in the Black sea. From their side the Germans only used limited naval forces against the SU (mainly gunboats and mine-layers).


The German side was however interested in the plans and operations of the Soviet navy and especially on the convoys between the UK and the SU. These convoys carried Lend Lease supplies that were vital for the Soviet economy and armed forces.


Through signals intelligence and codebreaking the Germans were able to monitor Soviet operations and especially the route and speed of the Allied convoys. This allowed them to take a heavy toll on commercial shipping and cause a crisis in the arctic convoys.


The German naval codebreakers divided the Soviet naval systems geographically (North Sea, Baltic, Black Sea) and according to whether they were main or subsidiary systems.


The main systems were 4 and 5-figure codes (superenciphered or substitution) and they were used by shore stations and large units.


The subsidiary systems were 2 and 3-figure codes enciphered with a simple substitution table. They were used by small ships.


The 5-figure codes used in these areas were mostly enciphered with OTP. However in summer ’44 the Chabarovo station traffic was revealed to be 4-figure with the 5th figure taken from the subtractor table. This book was partially reconstructed but there were no other compromises after September ’44.


Several 4-figure codes were read during the war. The most important ones were those used by the Northern and White Sea fleets as they were ‘broken’ without much difficulty. 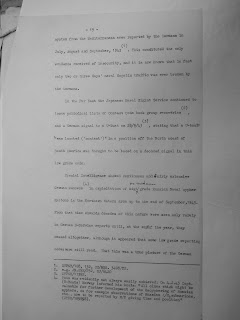 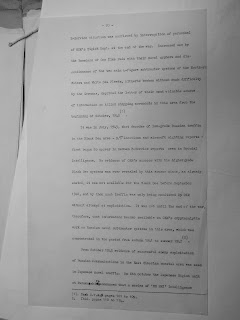 The German success with Soviet naval codes became known to the Brits through Enigma decrypts. Report HW 40/7 ‘German Naval Intelligence successes against Allied cyphers, prefixed by a general survey of German Sigint’ gives an overview of the intelligence that the Germans got through codebreaking:


Messages from Leningrad gave information on the activities of mine-sweepers and patrol boats in the Baltic. The time lag in 1942 was from 2 days to a few hours.


Also in 1942 medium to high grade ciphers used by the Northern Fleet gave the German navy considerable information on the activities and disposition of Soviet surface vessels and submarines as well as British shipping off North Russia.


Pre-war a 5-figure superenciphered code was used. At the beginning of the war this was replaced by a 4-figure subtractor system. The subtractor was not taken from a pad but was generated using a substitution table from the text of the ‘History of the Communist Party’ ( three different letters= 1 figure).


This was replaced by a 4-figure subtractor system, this time the subtractor taken from a pad. This system was used extensively by the Soviet naval air arm but was only partially solved.


The next system in line was a 5-figure doubly enciphered code that was not solved.


Finally there were several 5-figure systems, including a 4-figure disguised as a 5-figure that were not completely solved.


In general work on Black sea systems was given a lower priority compared to the North Sea and Baltic which were more important for operations.


The code used by the planes of the Soviet naval air arm was a simple substitution table. This was easily solved by the codebreakers of the Luftwaffe’s signal intelligence service.


Since the naval planes had the mission of escorting the Allied convoys they constantly transmitted their position, strength and route. One can only imagine the importance of this traffic for the Germans.


The exploitation of the naval aviation code is mentioned in several postwar reports:


Besides the purely naval traffic broken by OKM, the G.A.F. Sigint Service was exploiting some Russian Fleet Air Arm cypher during the Autumn of 1942, which constituted a dangerous source of intelligence on Allied convoys between the U.K. and North Russia. On 8th September, for example, a G.A.F. Sigint report was seen in Special Intelligence containing decodes of three signals relating to the 95th Air Regiment of the Russian Northern Fleet of which the first, dated 7th September, gave the scheduled movements of convoys PQ 18 and QP 14 for the period 10th to 20th September, and the other two contained instructions for air escort of these two convoys. 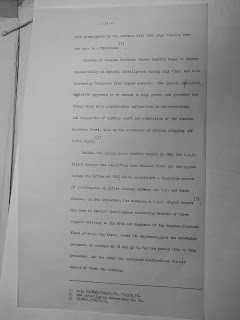 
In another case the destruction of a convoy near Murmansk was involved. This time during the course of several days messages were intercepted and decrypted in which a convoy of some 40 vessels was reported which was on its way to Murmansk. In those messages the position of the convoy was given repeatedly. All the messages were enciphered with a simple substitution table and could be deciphered in full, very quickly. The Air Fleet in the North could be alerted in time. A large number of bombers was ready to start. Then when additional decrypted massages announced the approach of the convoy to Murmansk the German bombers were ordered to start. The exact position of the attack was known. Here again the attack came as a surprise and destroyed nearly all the ships. From these two examples one might assume that the enemy did not count on the possibility that the German Intercept Service could decrypt the enciphered messages in time. But why this important massage was enciphered in such primitive fashion is hard to explain.

The compromise of the routes of PQ17 and PQ18 from reading Soviet naval aviation codes is confirmed from another source. The Swedish codebreakers were able to decode German messages travelling through their telephone network, even if they were enciphered with the Siemens T-52 cipher teleprinter. Some of these reports mentioned the decoded Soviet messages dealing with the northern convoys. The Swedish codebreaker Sven Wasstrom, who examined these messages, became distraught at this drama.

Cooperation with the Finnish codebreakers


According to TICOM I-16 the German naval codebreakers exchanged material with the Finns but did not cooperate closely. The Finns had excellent interception of Baltic traffic and had solved a doubly enciphered 5-figure code.


The codebreakers of the B-Dienst and the Luftwaffe were able to exploit several Soviet Navy and Naval air arm codes.
The operations of the Red Navy in the Baltic and the North Sea were monitored through codebreaking. The Russians used several insecure systems until late ’43. From then on however it seems that at least their high level codes were secure.


Still the compromise of the Naval Aviation code and the effect it had on German operations against Allied shipping was a serious defeat for the Soviet side.
Sources:


HW 40/7 ‘German Naval Intelligence successes against Allied cyphers, prefixed by a general survey of German Sigint’, TICOM reports DF-292 and I-16 (the last one available through TICOM Archive), Codebreakers: Arne Beurling and the Swedish Crypto Program During World War II