In war it is said that it is not the side with the best tanks, or the best guns that wins but the one with the best logistics. This was undoubtedly true in North Africa during WWII.


There both the Axis and Allied forces were entirely depended on outside sources of supply. Fuel, ammunition and even water had to be brought over from faraway places.
The side that managed to transport enough war material while denying the same capability to the enemy would already have a huge advantage.
In this war against supply lines the island of Malta was very important for the British side. Combat aircraft and ships operating from it could intercept Italian convoys.
Time to take a look at RAF strength in Malta during 1941-2:

The data comes from daily reports in AIR 22 ‘Air Ministry: Periodical Returns, Intelligence Summaries and Bulletins’. For 1941 the numbers refer to Category A aircraft, meaning those serviceable and those that can be made serviceable within 14 days.
In 1942 the numbers refer to Category A and B aircraft .The classification is changed as Category A refers to serviceable aircraft and Category B to those that can be made serviceable within 14 days.
RAF strength on the island expands during 1941. However in the first half of 1942 the Luftwaffe’s 2nd Air Fleet mounted a bombing campaign against Malta which effectively neutralized the island. This is seen in the strength return for May 1st ’42. There is a sharp drop compared to 2 January ’42.
The actual situation is worse than the numbers in the table indicate as there were only 15 serviceable fighters available. 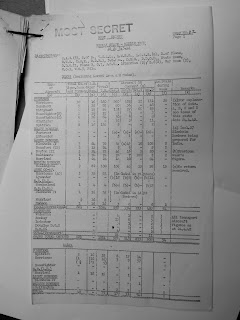 The Germans were thinking about mounting an airborne operation against the island but in the end decided against it and instead used their airforce to support Rommel in N.Africa.
This allowed the Brits to reinforce Malta and wrestle back control of the air. This is seen in the strength return of 4 September ’42. The RAF strength has been miraculously revived. This time 125 Spitfires are immediately available for operations! 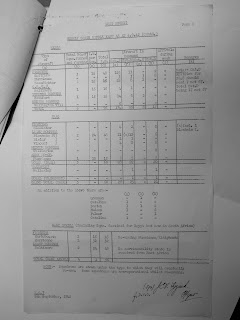 In the second half of ’42 Malta based planes would take a toll on Axis convoys in the Med.