One of the greatest cryptanalytic successes for the German side during WWII was definitely the solution of the State Department’s M-138-A strip cipher.This system was used for high level messages between Washington and embassies around the world.
As I ‘ve mentioned here the Germans received a set of strips ( 0-1 ) and instructions on how to use them from  the Japanese in 1941.

However the 0-1 strips were superseded in August 1942 by the 0-2 set.A large effort was devoted by Pers Z in recovering these new strips. A team of mathematicians under Hans Rohrbach managed to recover the strips cryptanalytically by cataloguing the traffic with Hollerith/IBM equipment and using mathematical theory.

According to the ‘’European Axis Signals Intelligence’’ volumes the Forschungsamt ,OKW/Chi and Pers Z had success with the M-138 strip .

Paetzel stated that "we attempted a strip system and read it here and there but not currently. We finally gave it up as it took too many personnel" .He did not remember any of the originators. Traffic vas America to Europe but whether Washington-London or Washington-Paris he did not recall. The system employed 30 out of a matrix of 50 strips in a setting. FA ability to read this system may have been due to liaison with the Foreign Office although there is no indication that such is the case.

ag. United States of America. The Germans considered their main successes with American systems to have included the solution of the Grey Code (called "B3" by the Germans), the Brown Code ("B8"), and the State Department strip systems, The Grey Code had been in use since June 1918, and the Brown Code since 1938. Both systems were readable, the Brown Code having been compromised in 1941. The Strip System 0-1 was partially read in 1941, and the Strip System 0-2 was solved early in 1943.The strip systems mentioned were not read currently, but only after a delay of months.


More details on the solution of 0-2 strips  by Pers Z mathematicians are given by Rohrbach, Hans(1979) 'REPORT ON THE DECIPHERMENT OF THE AMERICAN STRIP CIPHER 0-2 BY THE GERMAN FOREIGN OFFICE', Cryptologia, 3: 1 .According to that report the 0-2 strips were introduced in Summer 1942 and in November systematic work begun on solving them.After an expense of more than a year the  strips were recovered and ‘’ all messages were deciphered by means of a special machine (the automaton) invented by Mr. Kunze.’’
I’m not sure why EASI vol 6 says 0-2 was solved in early 1943 when Rohrbach says ‘’more than a year’’ implying summer or late 1943.In early 1943 the Germans managed to read strip 0-3.

From EASI vol 3 – Signal Intelligence Agency of the Supreme Command Armed Forces – OKW/Chi ,p59
The leading German success in the American diplomatic field was the reading of the American strip systems. We know that the American strip system (0-2) was read by the Foreign Office Cryptanalytic Section (Pers Z S).Whether this is the same system mentioned by Huettenhain as having been broken at 0KW/Chi is not known. The story told by Huettenhain - that Kempf had ordered the section to break an American strip system before a certain Sunday and that this was done, much to the consternation of the personnel who feared that after that he would expect systems to be broken to order - does not state specifically which American strip system was meant.In any case, OKW/Chi deserves credit for the development of a cryptanalytic machine which facilitated the regular breaking of the traffic once the initial break-in had been made. Huettenhain says the break-in was obtained through mistakes in the use of the system and that there was no physical compromise. No German agency read American strip systems after the introduction of channel elimination. (or did they ?)


One of the decoding machines used by the Germans against the M-138 was the ‘’Turmuhr’’.I’m not sure if it is the system mentioned above since there were other special purpose equipment.
According to EASI vol2 ‘’Notes on German High level Cryptography and Cryptanalysis’’   , p56-57


c. Statistical "depth-increaser." - The "Turmuhr," or "Tower-Clock  was a device for testing a sequence of thirty consecutive cipher letters statistically against a given "depth" of similar sequences, to determine whether the former belonged to the given depth.It was used "primarily for work on the U.S. strip cipher, when cribbing which was generally  employed was impossible.' It cost approximately $1,000.00.
The apparatus consisted of a single teleprinter tape reading head (speed 1 1/2 symbols per second); a storage means, by which any one of five different scores could be assigned, on a basis of frequency, to each of the letters in the 30 separate monoalphabets that resulted from the 30 columns of depth; a distributor that rotated in synchronism with the tape stepping, and selected which set of 30 scores was to be used as basis for evaluating the successive cipher letters; and a pen recording device.

Although all the information in the EASI volumes is very interesting they only mention strips 0-1 and 0-2.


This is strange since they knew from postwar interrogations that the Signal Intelligence Agency of the Supreme Command ,OKW/Chi had managed to solve strips superseding O-2.
From Ticom I-2. "Interrogation of Dr. Huettenhain and Dr. Fricke at Flenshurg,21 May 1945’’ , p2


Q. WHAT WORK WAS DONE ON BRITISH AND 'AMERICAN CODES AND CIPHERS?

A. USED A GREAT DEAL IN LINIE AND KREIS (STERN) SYSTEMS OF RADIO. 80% OF THE BREAKS CANE ABOUT AS A RESULT OF MISTAKES BY THE USERS, THE SYSTEMS ARE EXCELLENT BUT ARE GIVEN AWAY BY THE USERS.


Q. ARE OTHER SYSTEMS USED ON THE SAME LINKS?
A, YES,


Q. WHAT APE THE PERCENTAGES OF STRIP AND OTHER TRAFFIC?
A. I AM NOT CERTAIN OF THE EXACT PERCENTAGES, BUT AT FIRST THERE WAS NOT MUCH STRIP, ABOUT 1.5 YEARS AGO (JAN 1944) THE STRIP SYSTEM WAS MADE MORE DIFFICULT SO THAT ONLY CERTAIN LINES COULD BE READ, FOR INSTANCE BERNE TO LONDON, NEAR THE END NOTHING COULD BE READ, ORIGINALLY THIRTY STRIPS WERE USED, THEN THE SYSTEM AS MODIFIED BY REMOVING VARYING NUMBERS OF STRIPS FOR EACH MESSAGE.


Q, WHAT TYPES OF MISTAKES LED TO BREAKING?
THE ENCODING OF THE SAME MESSAGE IN TWO DIFFERENT CIPHERS, ONE OF WHICH WAS STRIP AND THE OTHER ONE WHICH WAS BEING READ. STEREOTYPED BEGINNINGS, IDIOMATIC PHRASES, AND ROUTINE MESSAGES,THE  SAME MESSAGE TO VARIOUS  ADRESSES IN DIFFERENT STRIP SYSTEMS.


So it appears the German were quite successful with this code.Or were they ?
Huettenhain seems to have changed his mind in Ticom I-145 ‘’Report on the US strip system by Reg Rat Dr Huettenhain’’  :


After Professor FRANZ had observed the U.S. diplomatic strip traffic for some time, and had started the preliminary investigations of it, certain cypher data relating to this system was shown to him by the Anglo-U.S. section (ORR.ROHEN, RR.SCHULZ)., As far as I can remember, this amounted to a complete set of 50 strips for the traffic on one key, and the dates and key-tables belonging to them. We cannot say certain where this cypher data came from; it was presumably passed to the Cypher Department by some foreign Ally, perhaps by JAPAN, FINLAND or ITALY.
On the basis of the cypher data received, the traffic on the one key could be read. In the course of time, as a result of compromises or partial compromises of the traffic on this key, or with the aid of other readable cypher traffic, other sets of strips were discovered by cryptanalysis. can no longer state how many different sets of strips were reconstructed; probably 10 to 20. Only a little of the material received could be read at once. Generally it was back traffic that was read. As, however, the different sets of strips were used at different times by other stations, it was possible, in isolated cases, to read one or the other of the special traffics currently. We are of opinion that of the total material received, at the most one fifth was read, inclusive of back traffic. None was read after the beginning of 1944. Professor FRANZ can supply more detailed information on all those questions.


None was read after the beginning of 1944 ? That contradicts I-2 .In that report Huettenhain says that in January 1944 the system was made more difficult but not impenetrable ‘’ that only certain lines could be read,for instance Berne to London’’.
In I-2 he also claims that ‘’most of the American strip cipher was read’’ , while in I-145 he says that only 20% was read.


If no strips were read after the beginning of 1944 how can we explain  the following Japanese military attaché messages :
ULTRA/SAC/JMA/309 : Dated 1st June 1944 in which the attaché reports to Tokyo that the German authorities had communicated to him that they would probably share strips 0-1 to 0-4 valid up to 30th April . 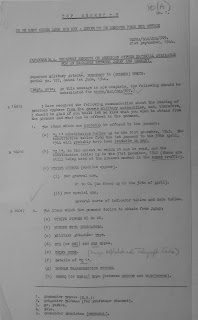 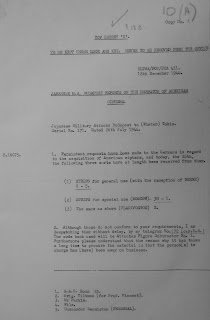 Either  Huettenhain isn’t being entirely truthfull in I-145 or there is a detail that could make both statements be true.


A piece of the puzzle  is given by Friedrich Bauer ,Decrypted secrets , p289 :
Erich Huttenhain reported that between 1942 and September 1944 a number of so-called CQ signals (‘call to quarters’, signals of general interest), sent from the State Department in Washington to its diplomatic outposts, were read by the Germans. The CQ strip sets for the M-138 were identical for all embassies.
Also from article ‘Erich Hüttenhain- Entzifferung 1939-1945‘ by Bauer in Informatik Spektrum, Bd. 31, 2008.

In this way, were read by 1942 to September 1944, a total of 22 different links and all cq (call to quarters) messages. This version of events points to considerably greater success than that mentioned in Ticom I-145 (….probably 10 to 20).


So let’s take a step back and look at the evidence again.There were two main types of strips.The general ones ( 0-1 to 0-? ) used for messages to all embassies  and the special ones for communications between Washington and a specific embassy ( for example 38-1 for Washington-Moscow).
Perhaps in I-145 Huettenhain is referring to the special strips.It could be the case that the new security measures stopped the Germans from decoding them. That’s the only way that both reports can be true. Still that doesn’t explain the special strips given to the Japanese military attaché…


Of course another explanation is that H. is simply lying.But why lie to the Allies ? Did he want to spare them embarrassment for their compromised code ?
Whatever the case those Japanese attaché messages prove that the people of OKW/Chi were able to solve a large number of strips both general and special.Once the strips had been recovered all messages sent on them could be read.


Their success against the general ones  lasted from 1941 to September? 1944. Against special strips they certainly had success in 1943.Their success in 1944 is impossible to assess without knowing which strips were used and at what time periods.
If the special strips given to the Japanese were valid in 1944 then I-145 is definitely an attempt by Huettenhain to minimize his success with the M-138.


Whatever the case the solution of such a high level system for such a long period of time definitely ranks as a significant accomplishment in the war between Axis and Allied codebreakers.