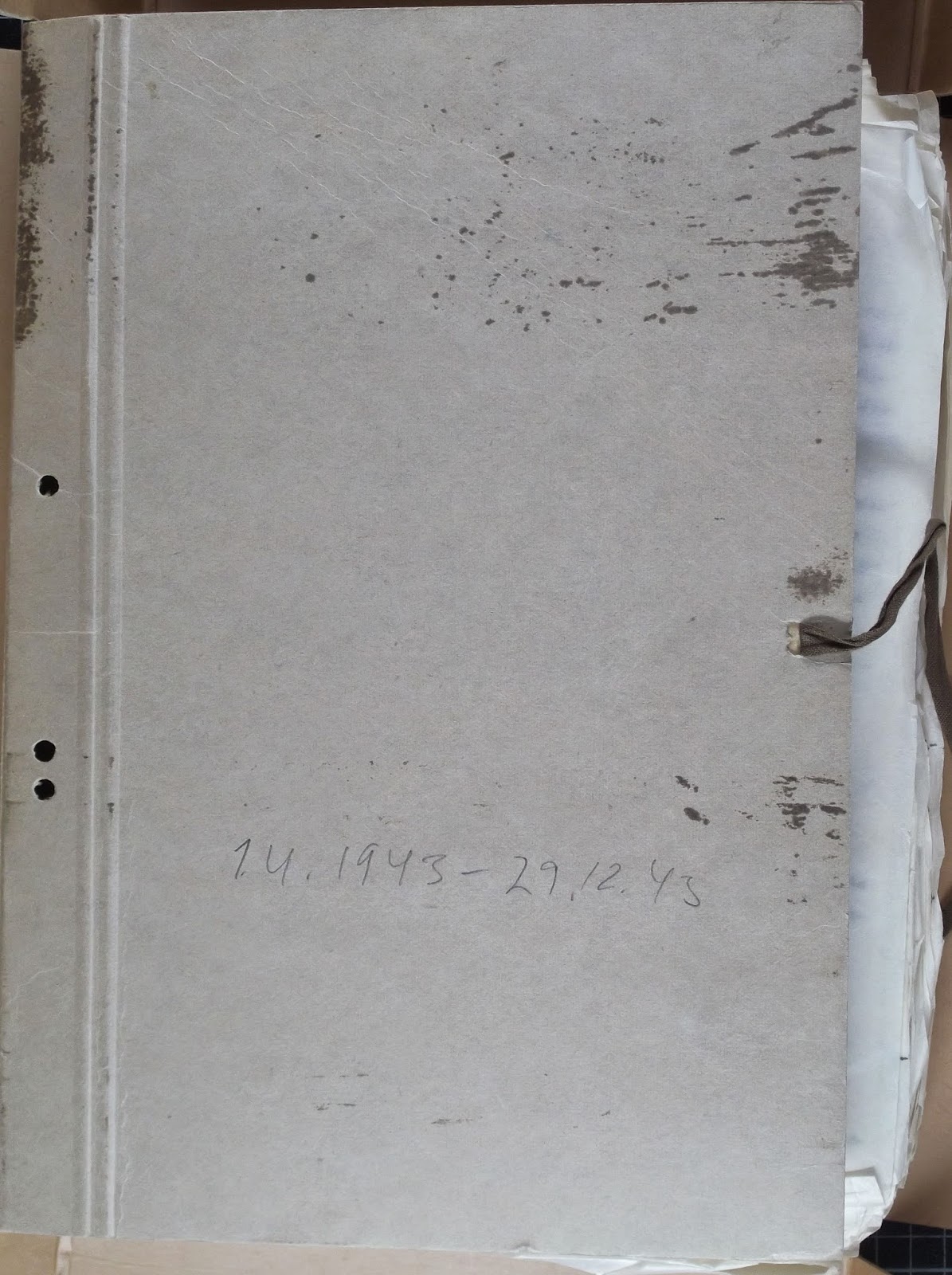 The Vatican requests information on POW officers in Crossville, Tennessee 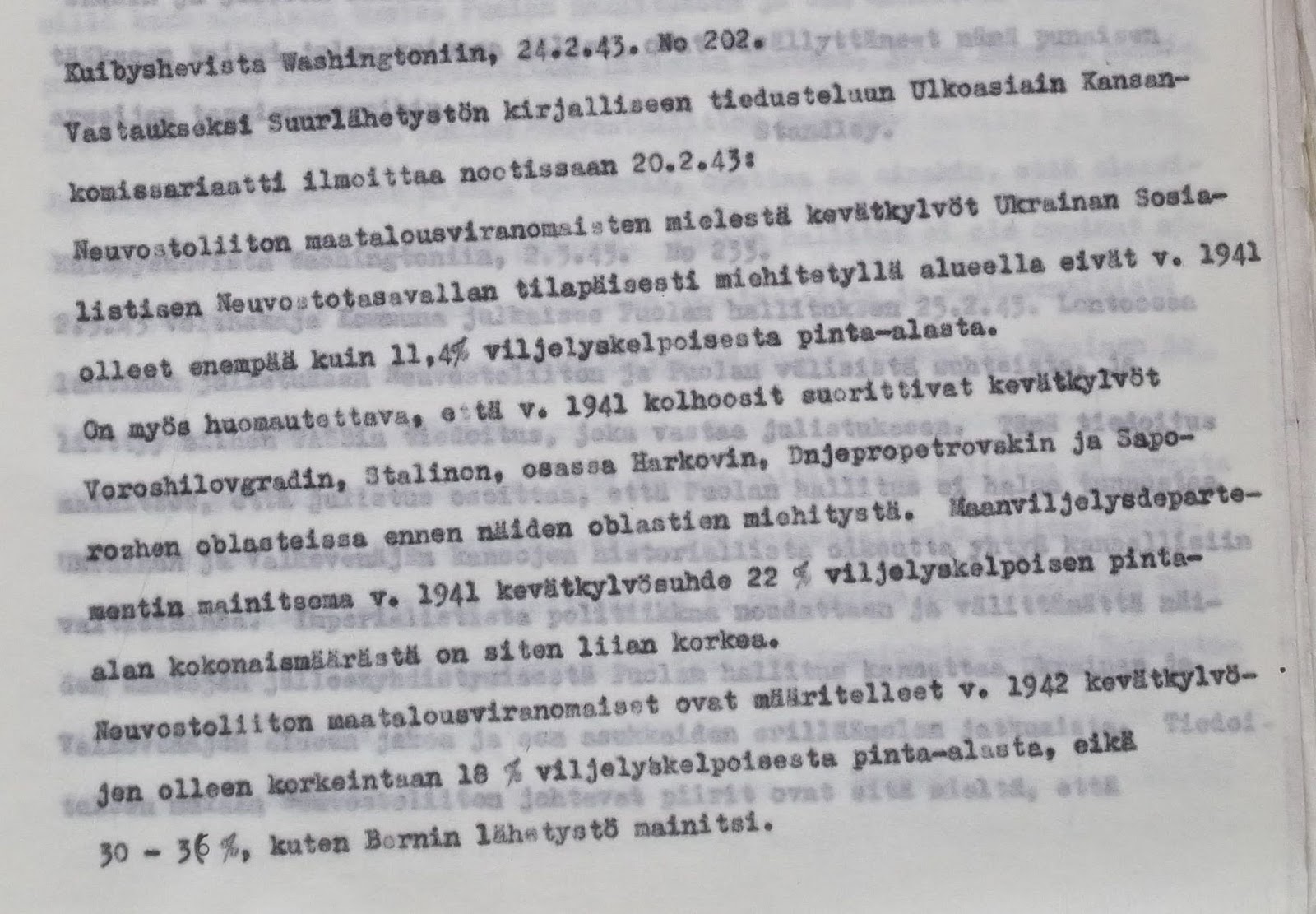 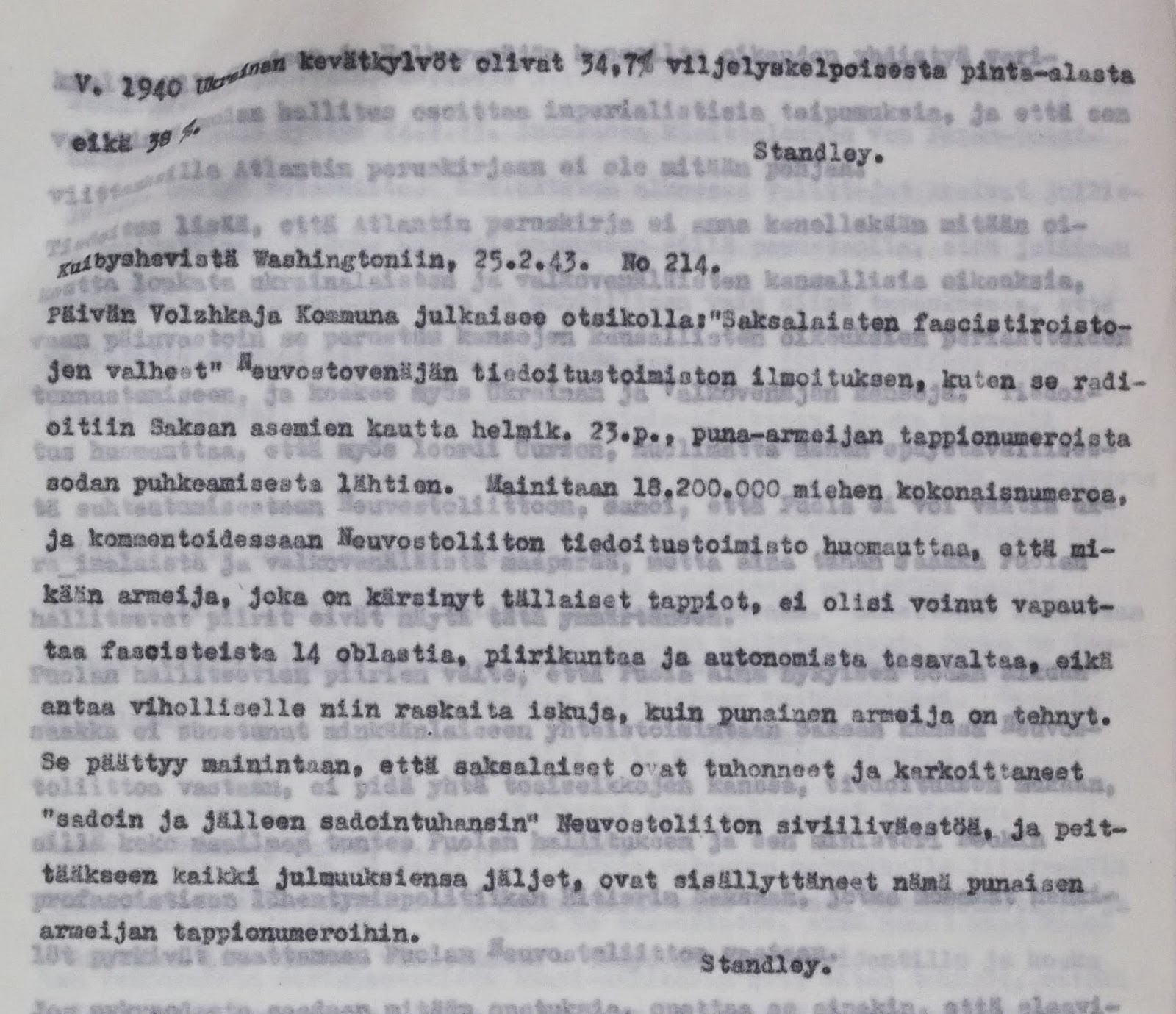 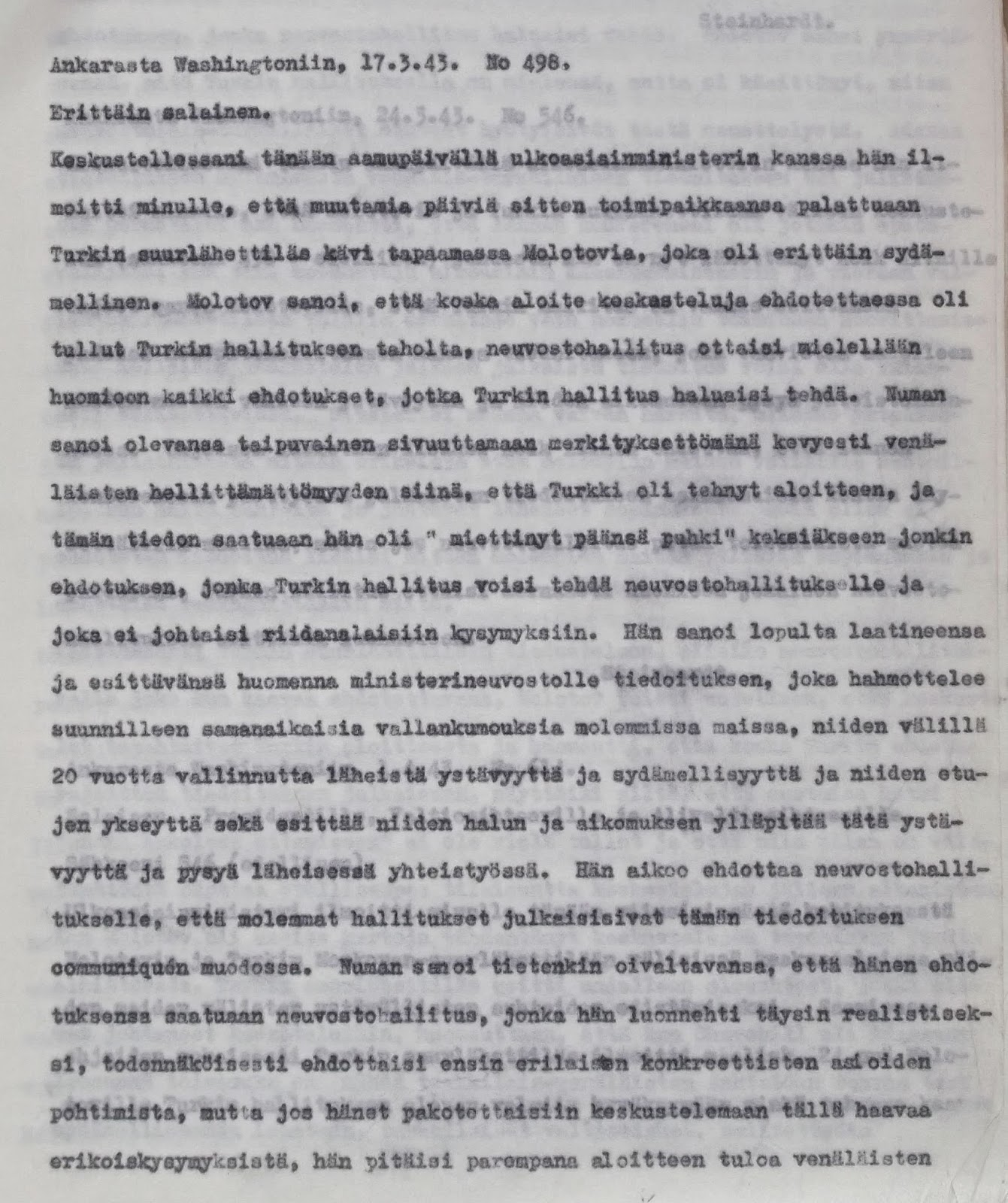 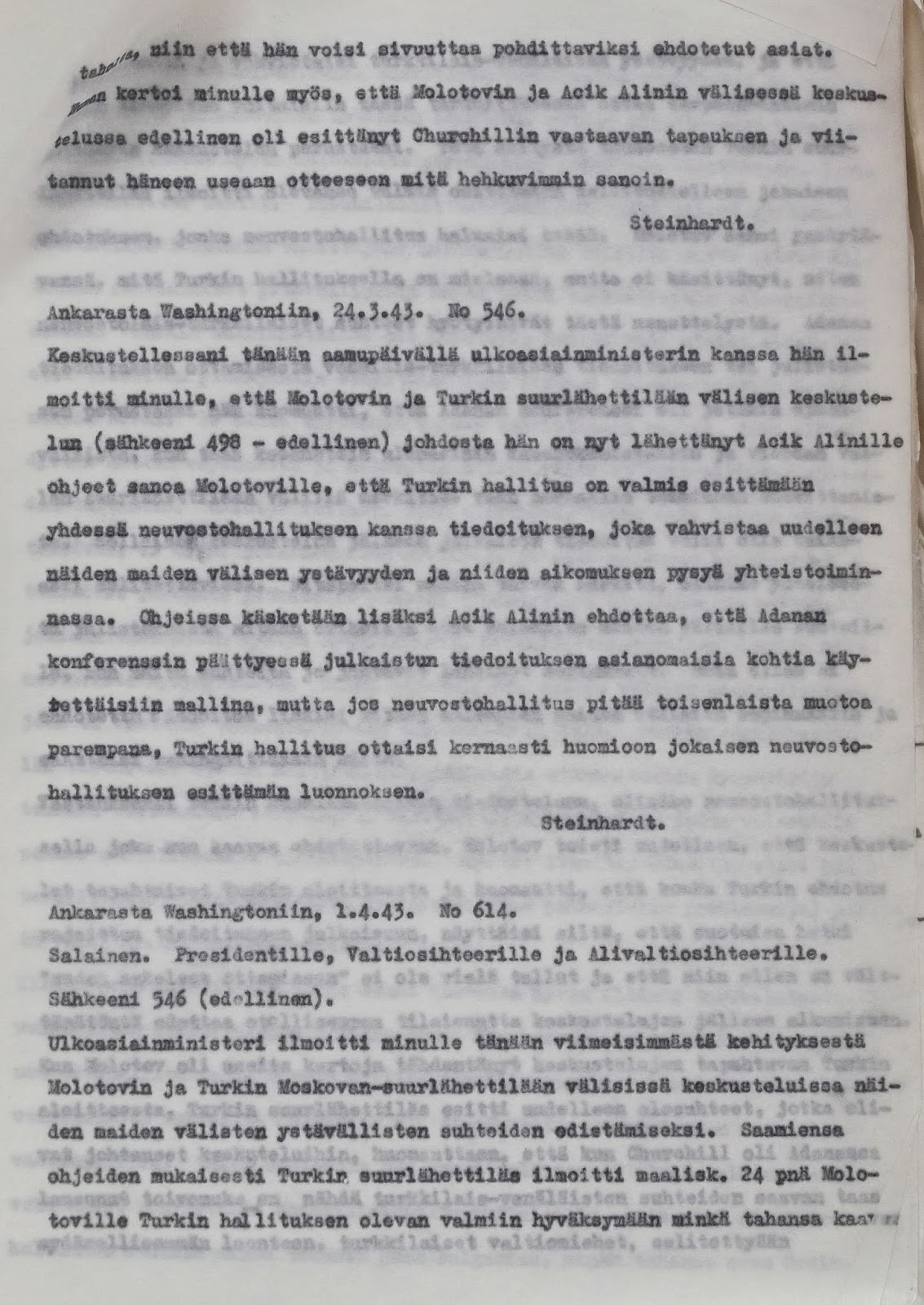 US report on Turkish asbestos exports 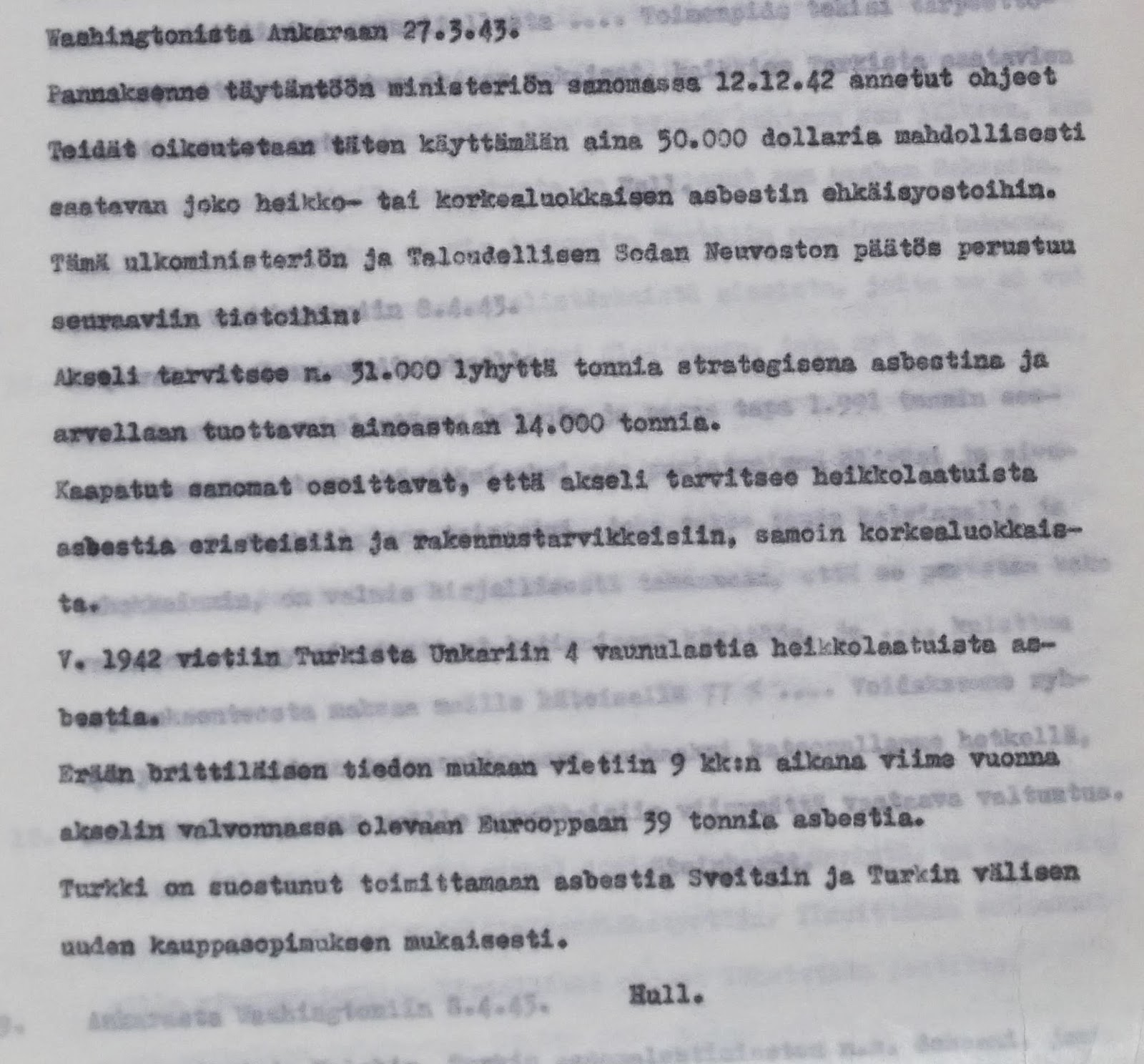 Office of Strategic Services requests that US embassy in Turkey pay 10.000 dollars to Albanian minister Dshadshuli 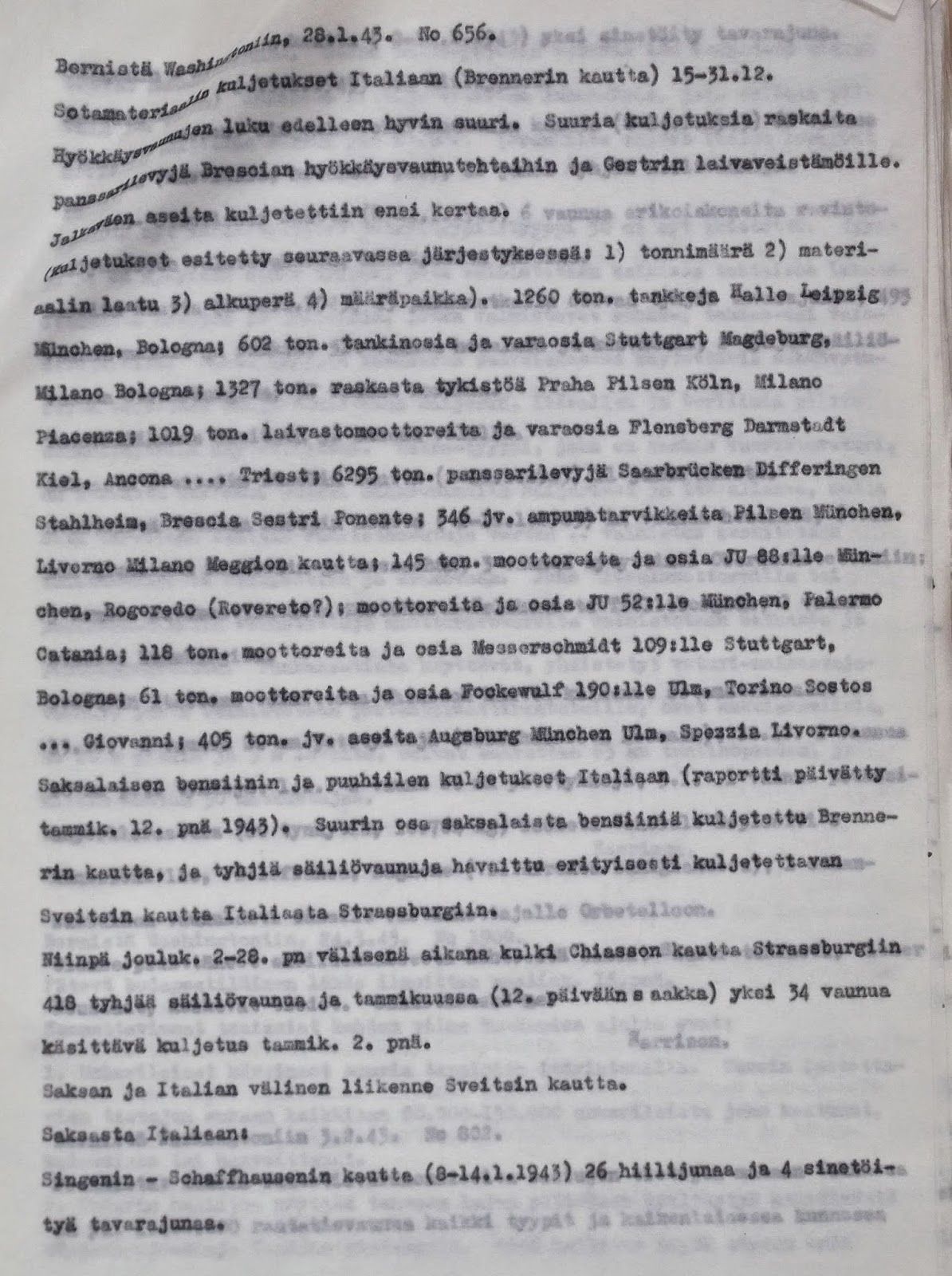 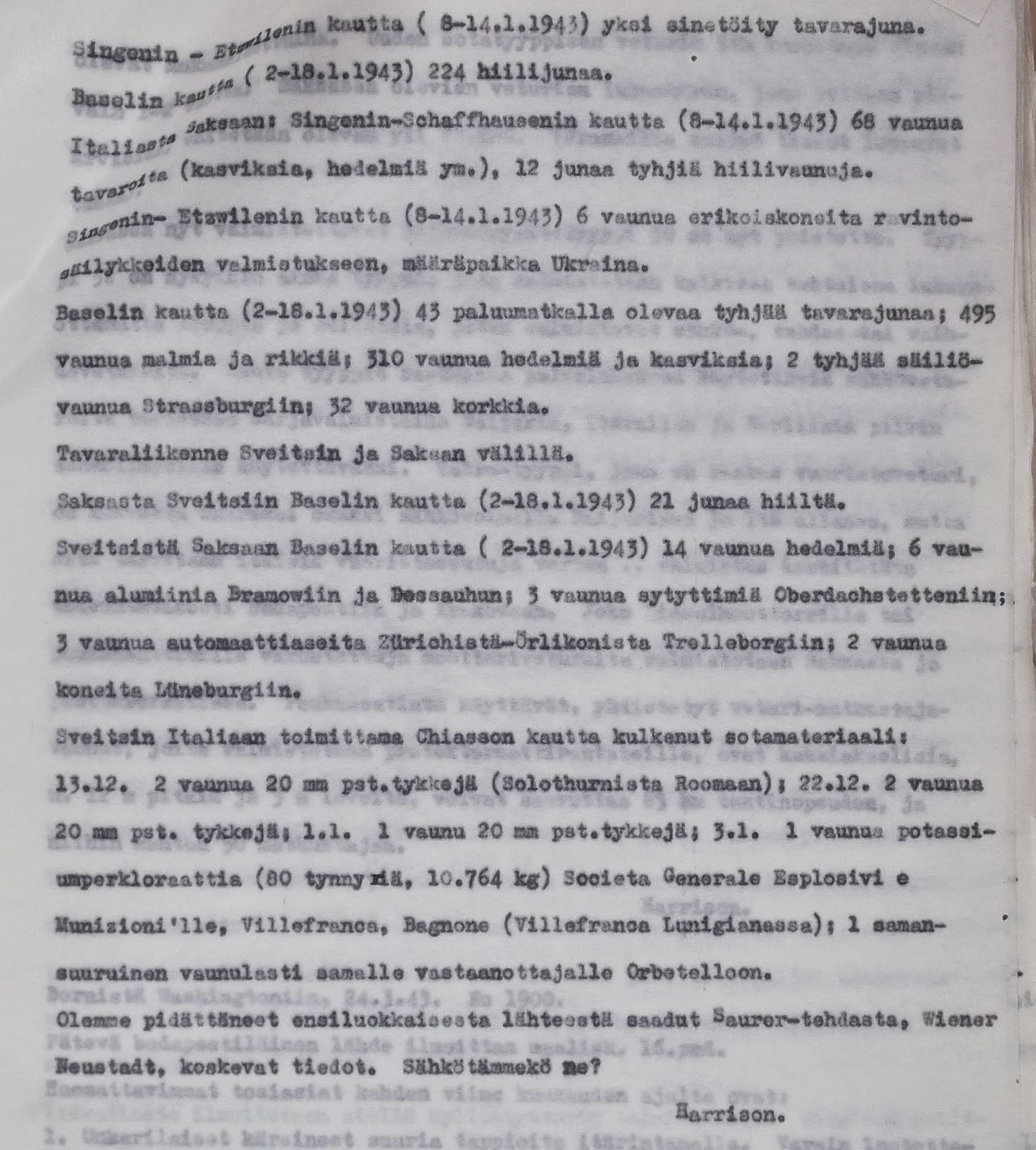 US report from Bern on German synthetic fuel production 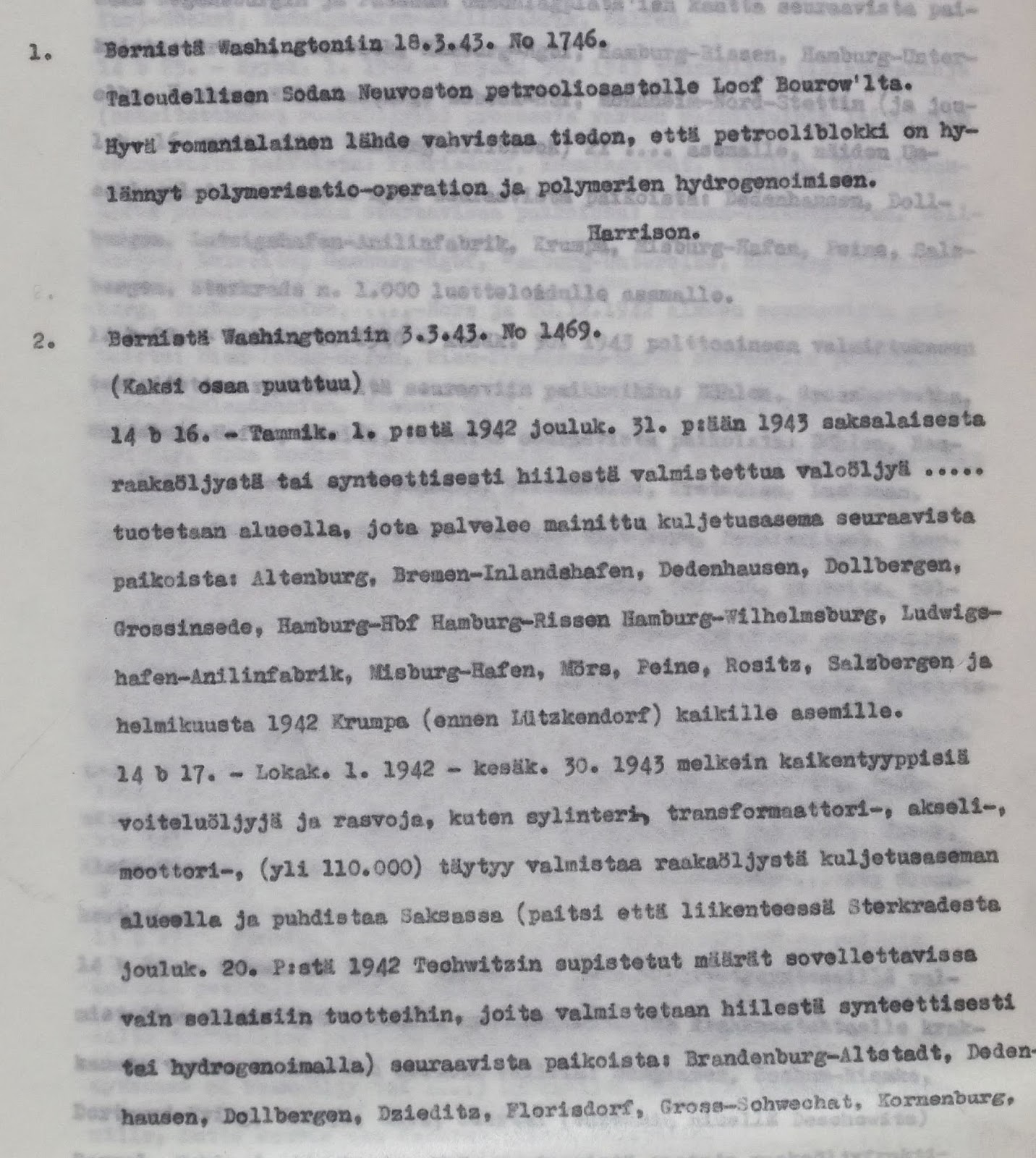 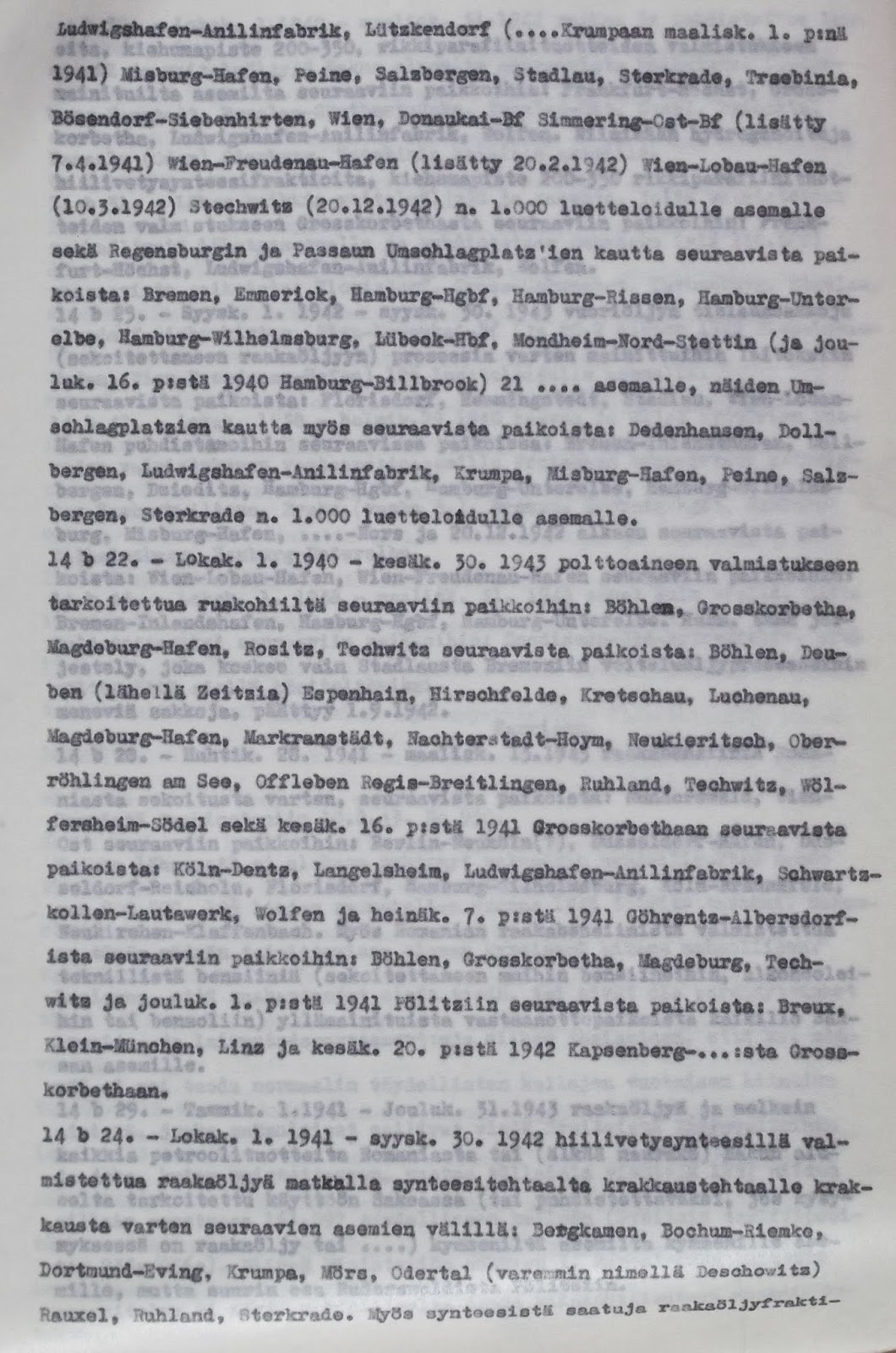 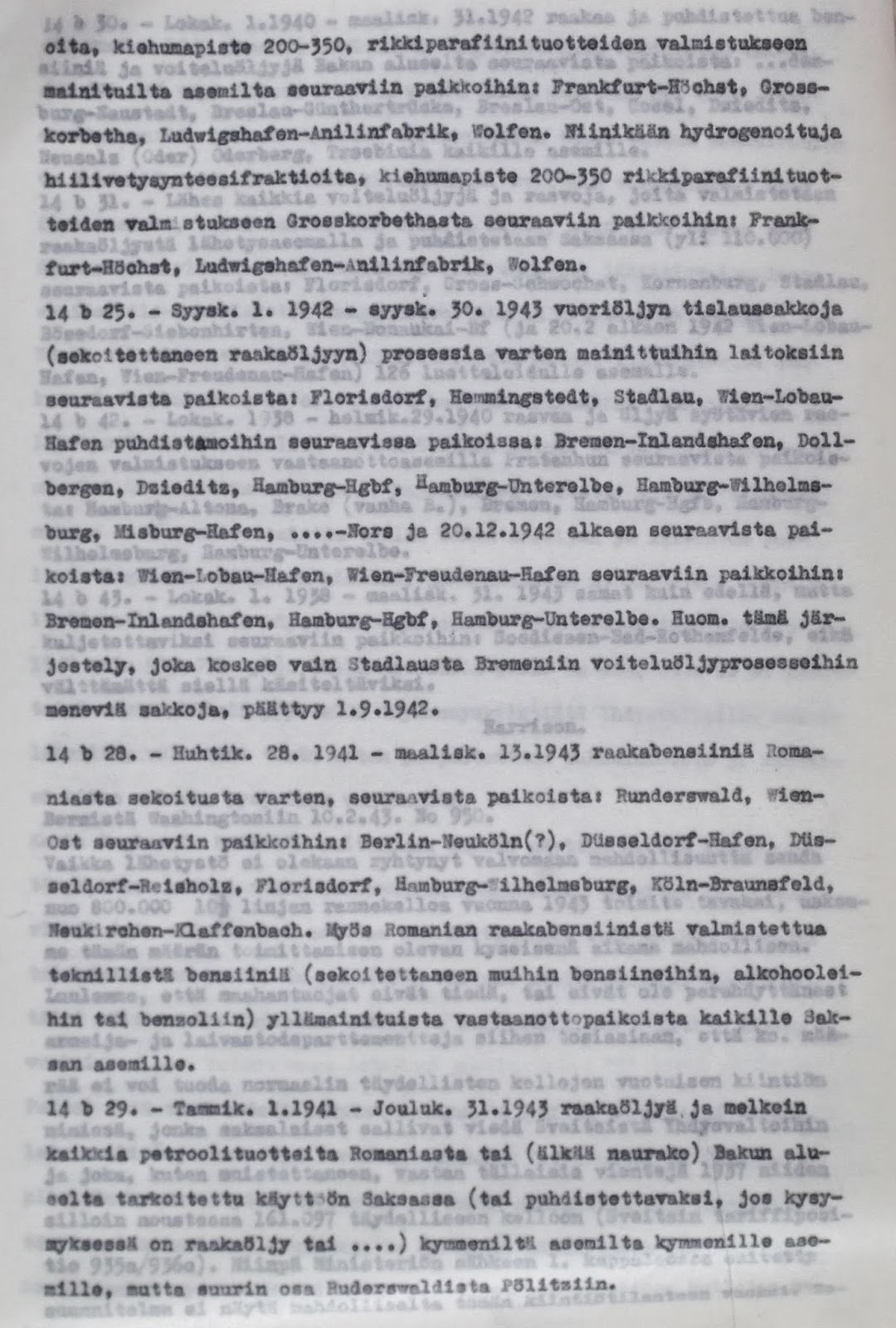 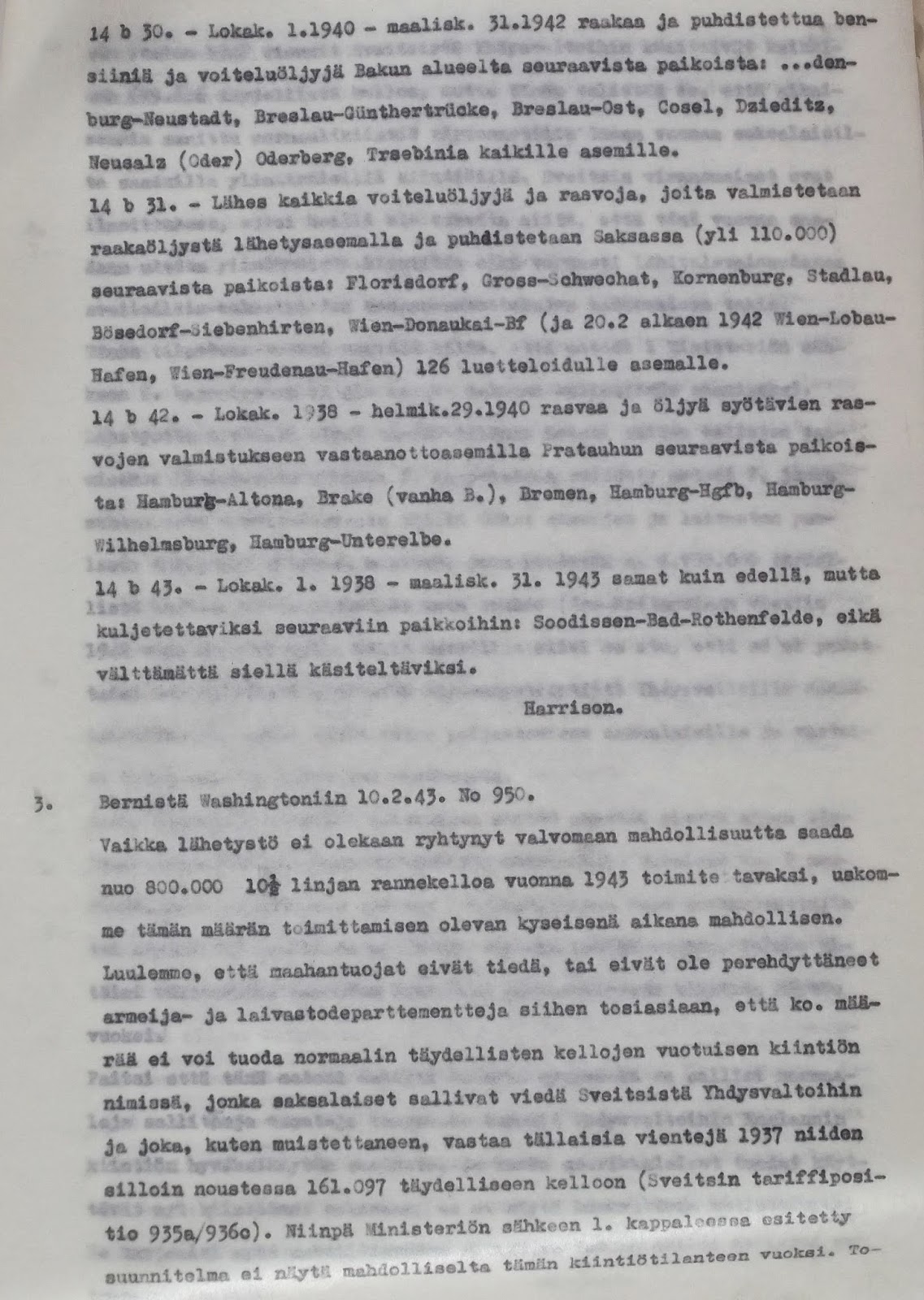 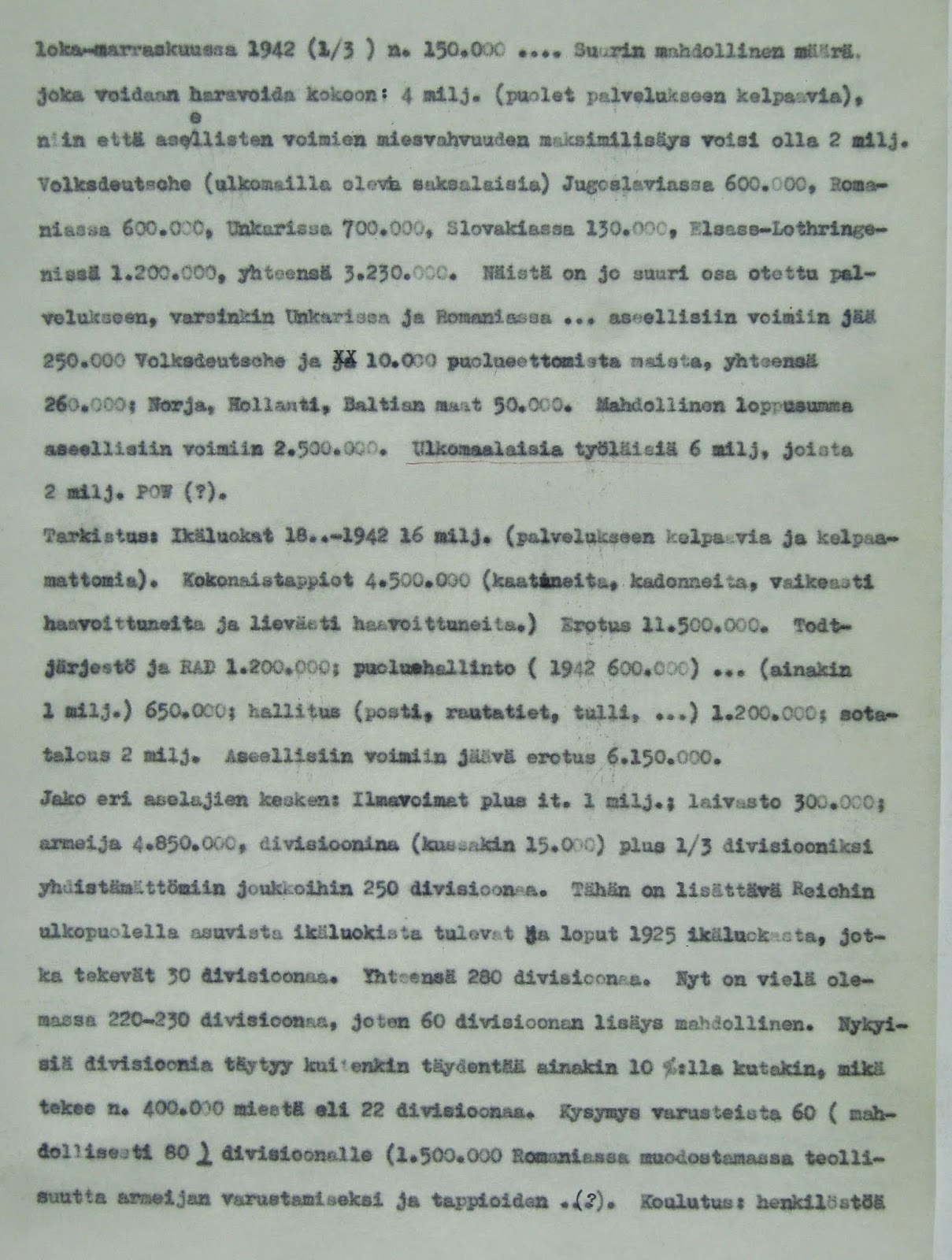 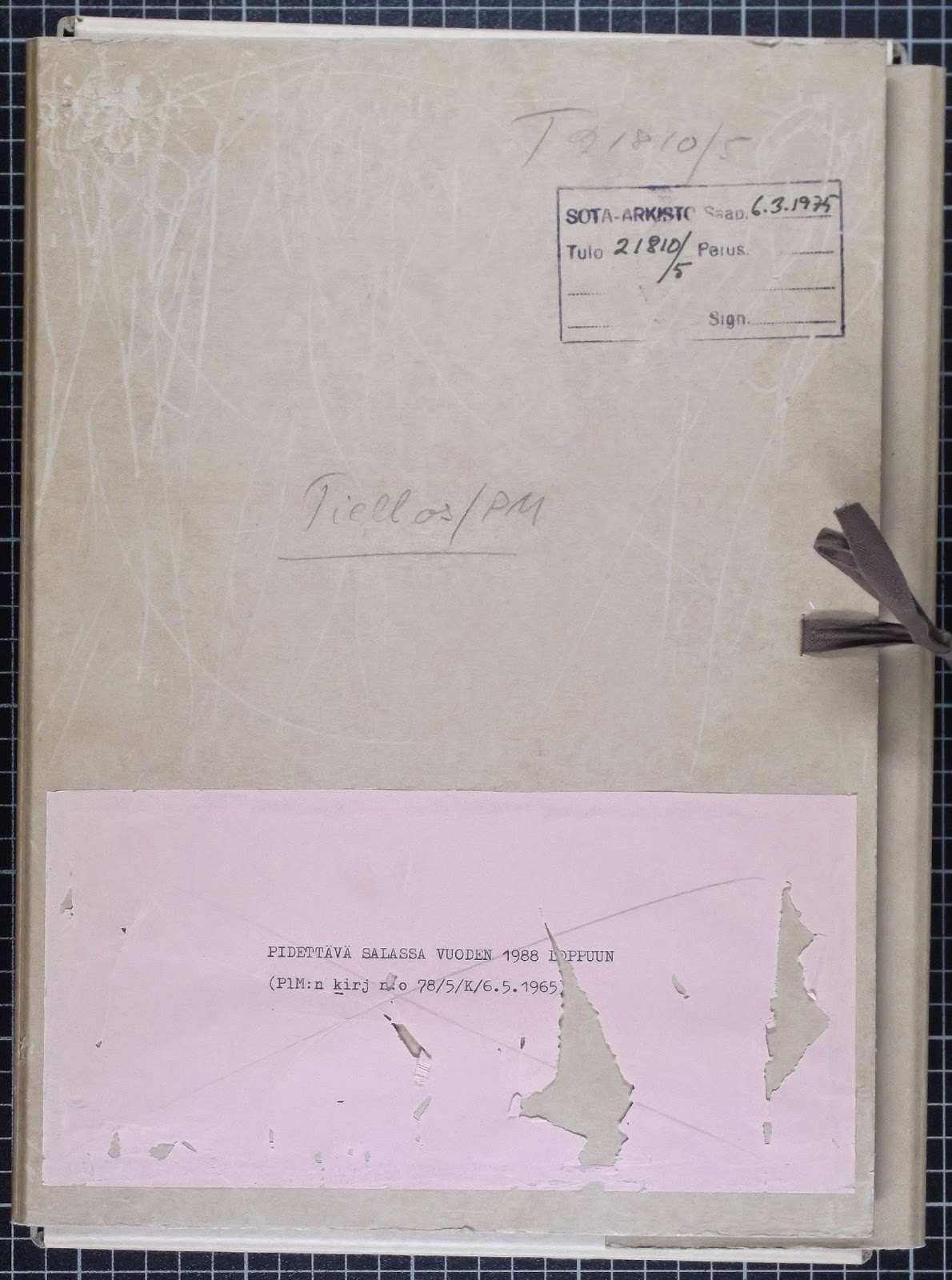 Turkish report on the troops of the Soviet Ukrainian Front 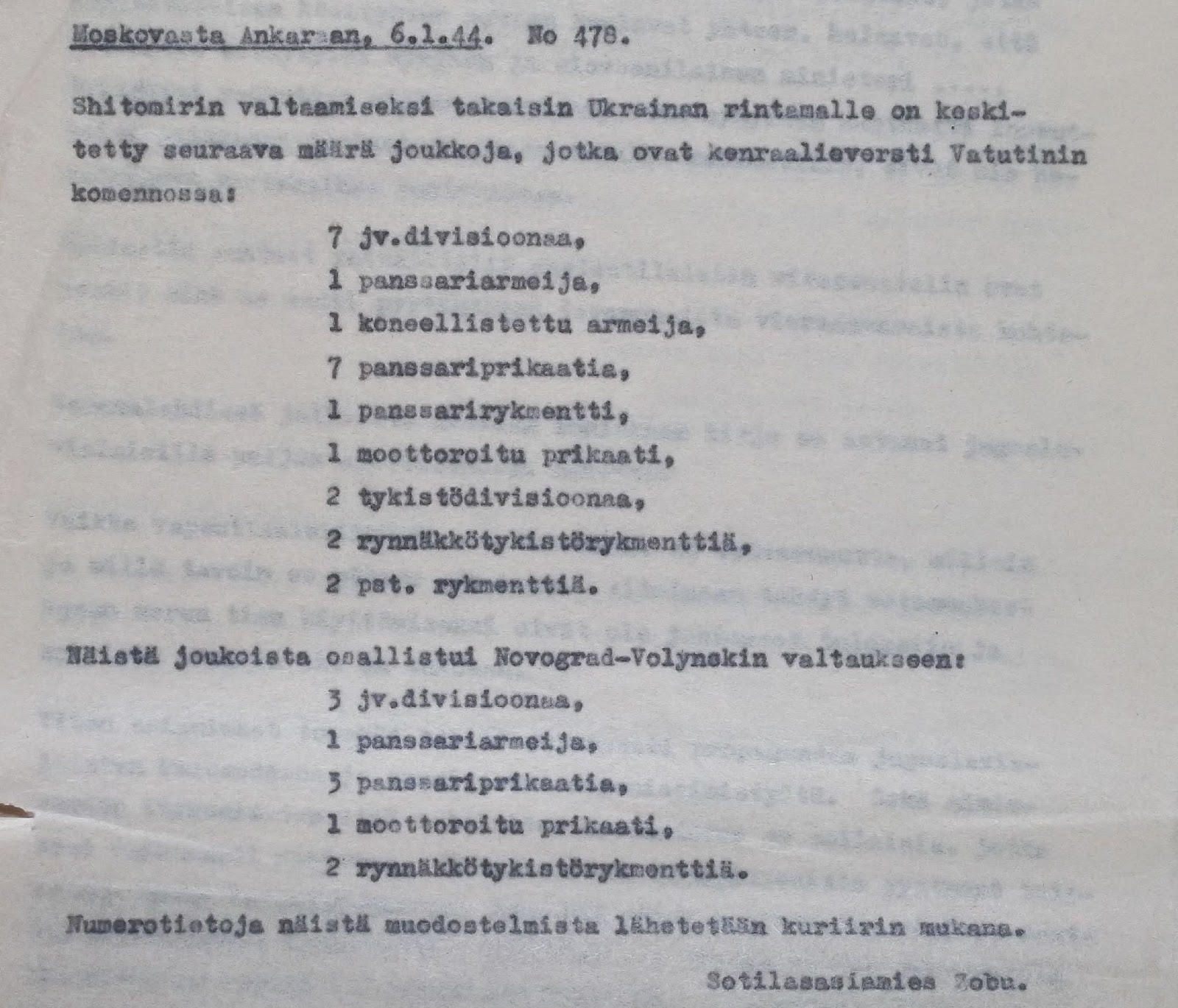 Turkish account of Molotov speeches regarding peace negotiations with Finland 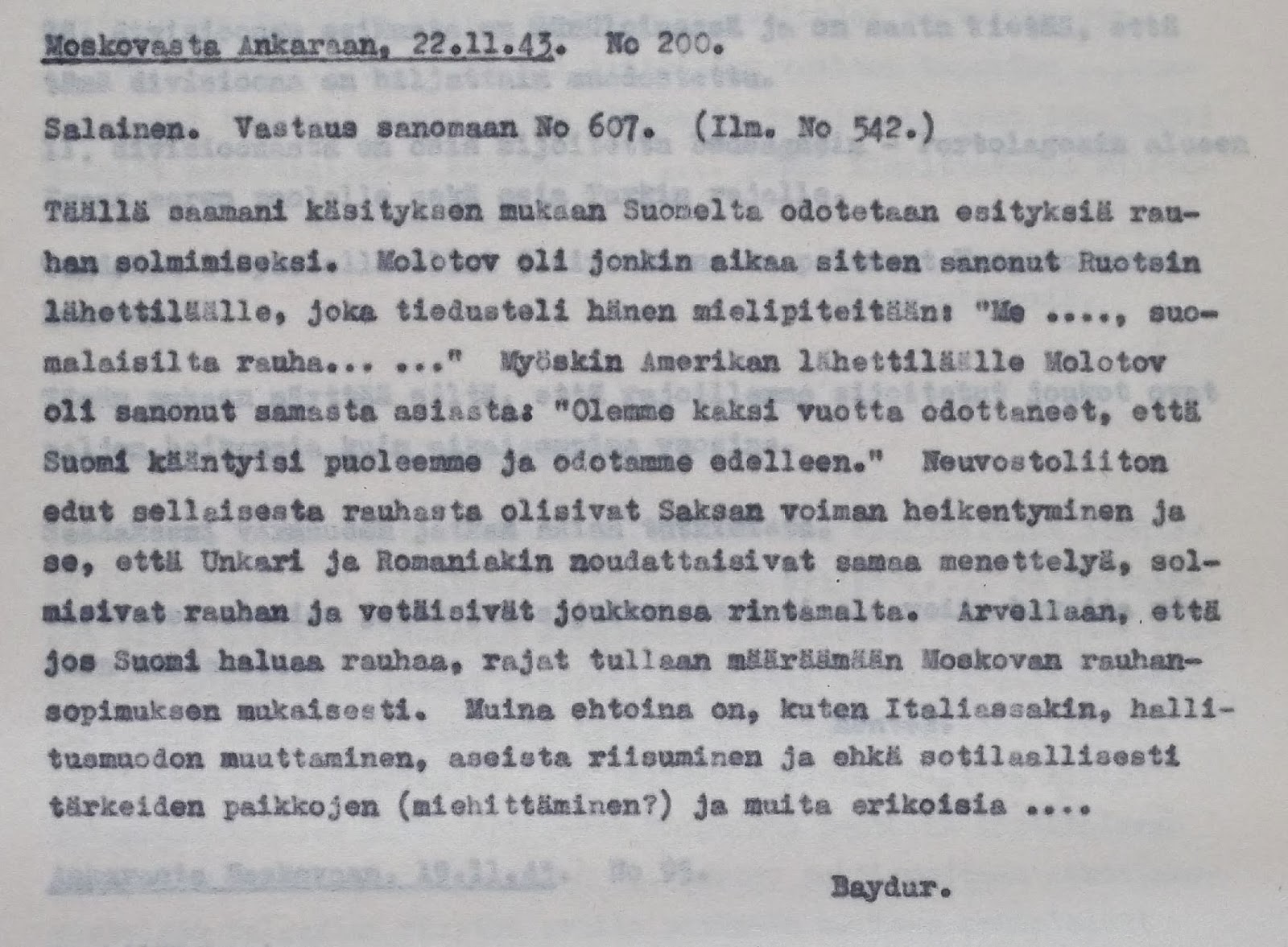 US report from Bern on French resistance 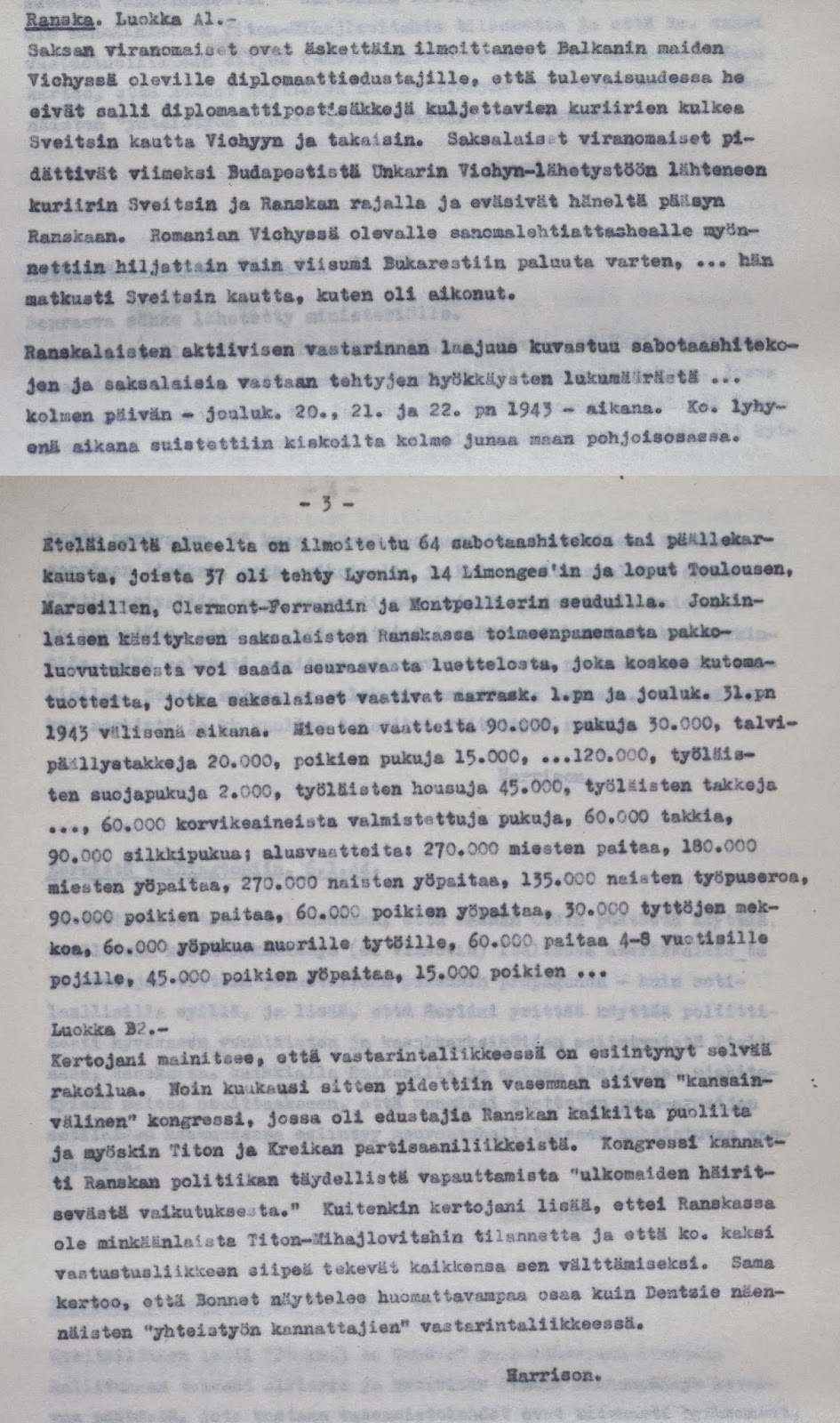 US report from Bern on amount of food in the Netherlands 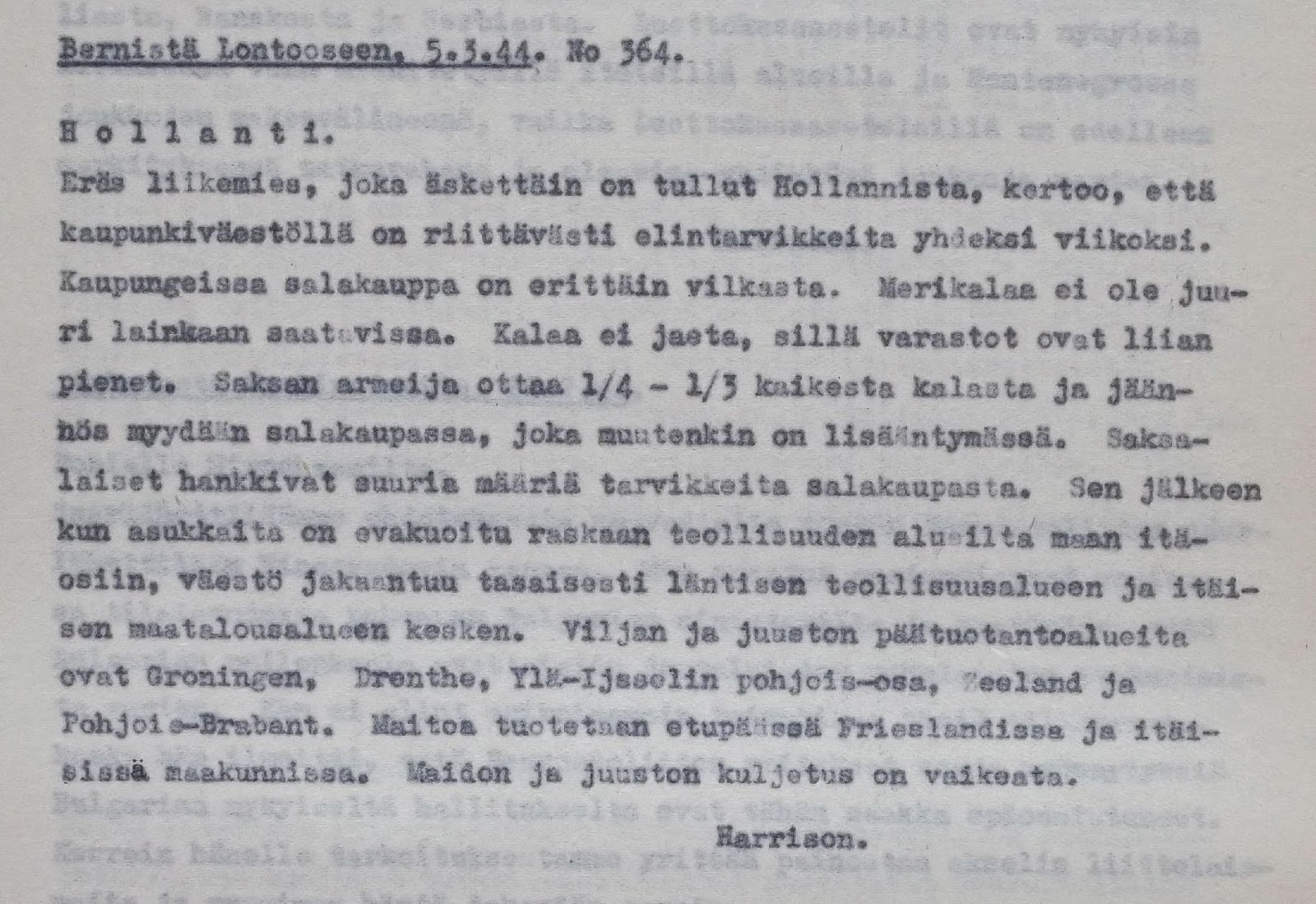 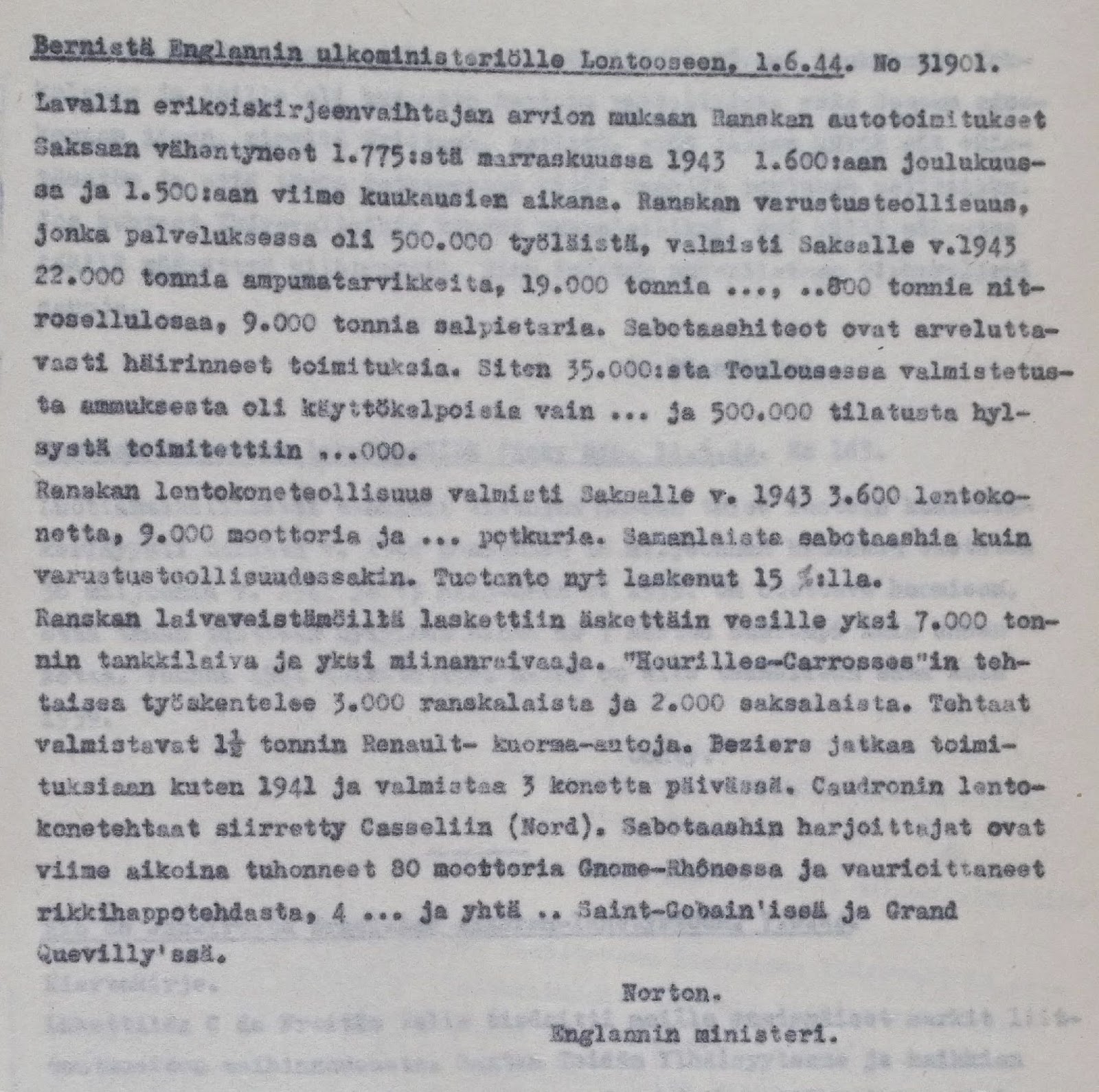 US reports from Bern on German war industry 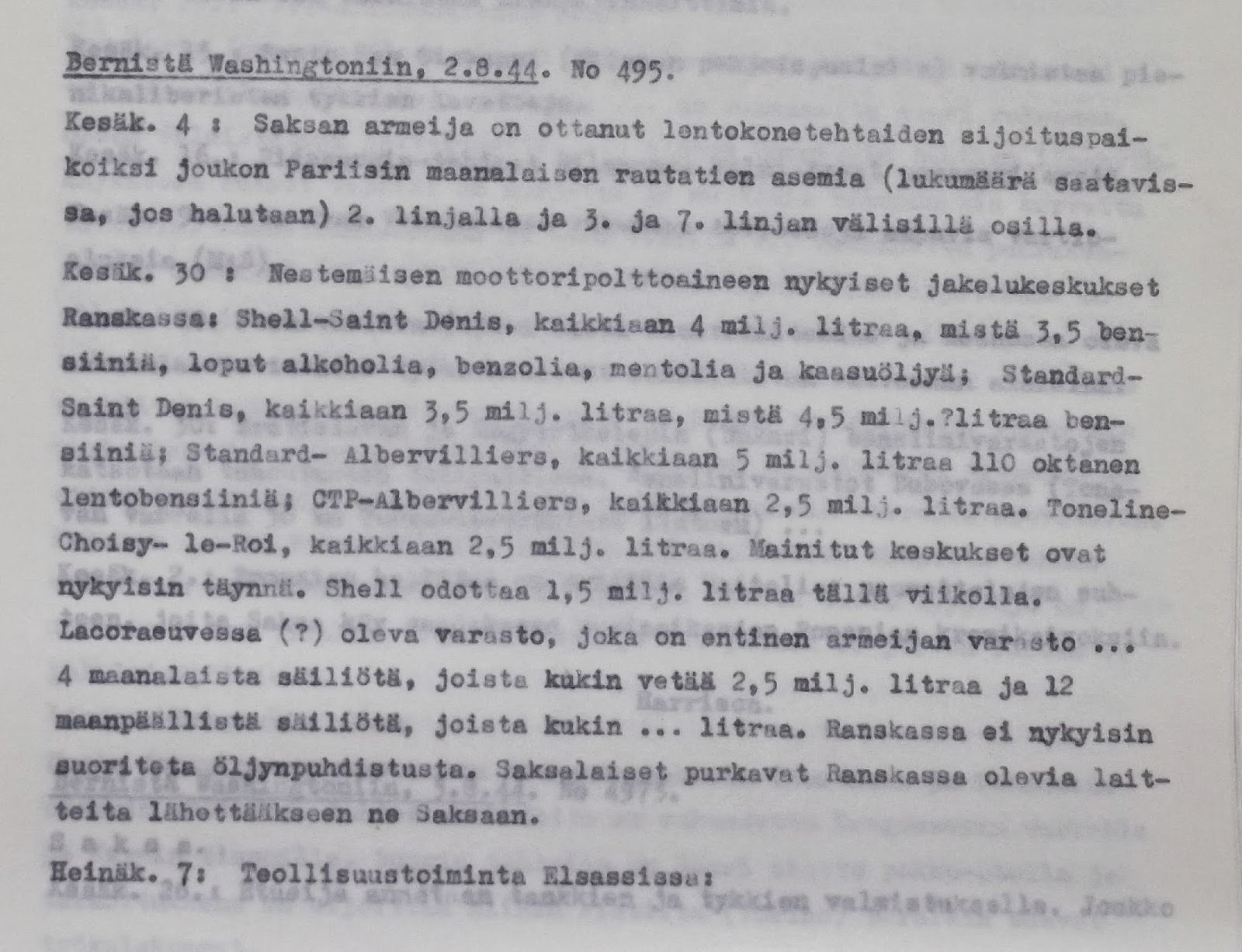 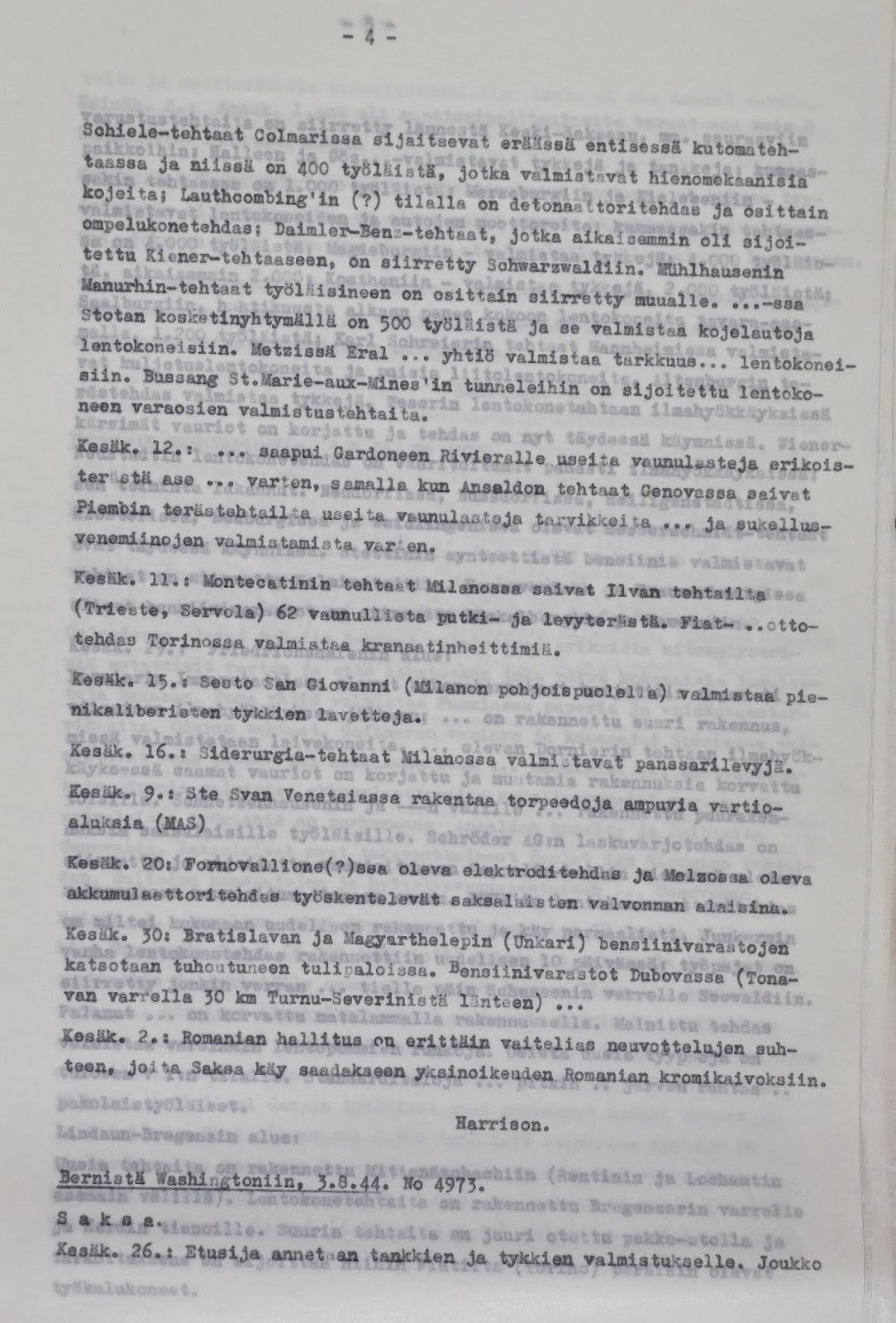 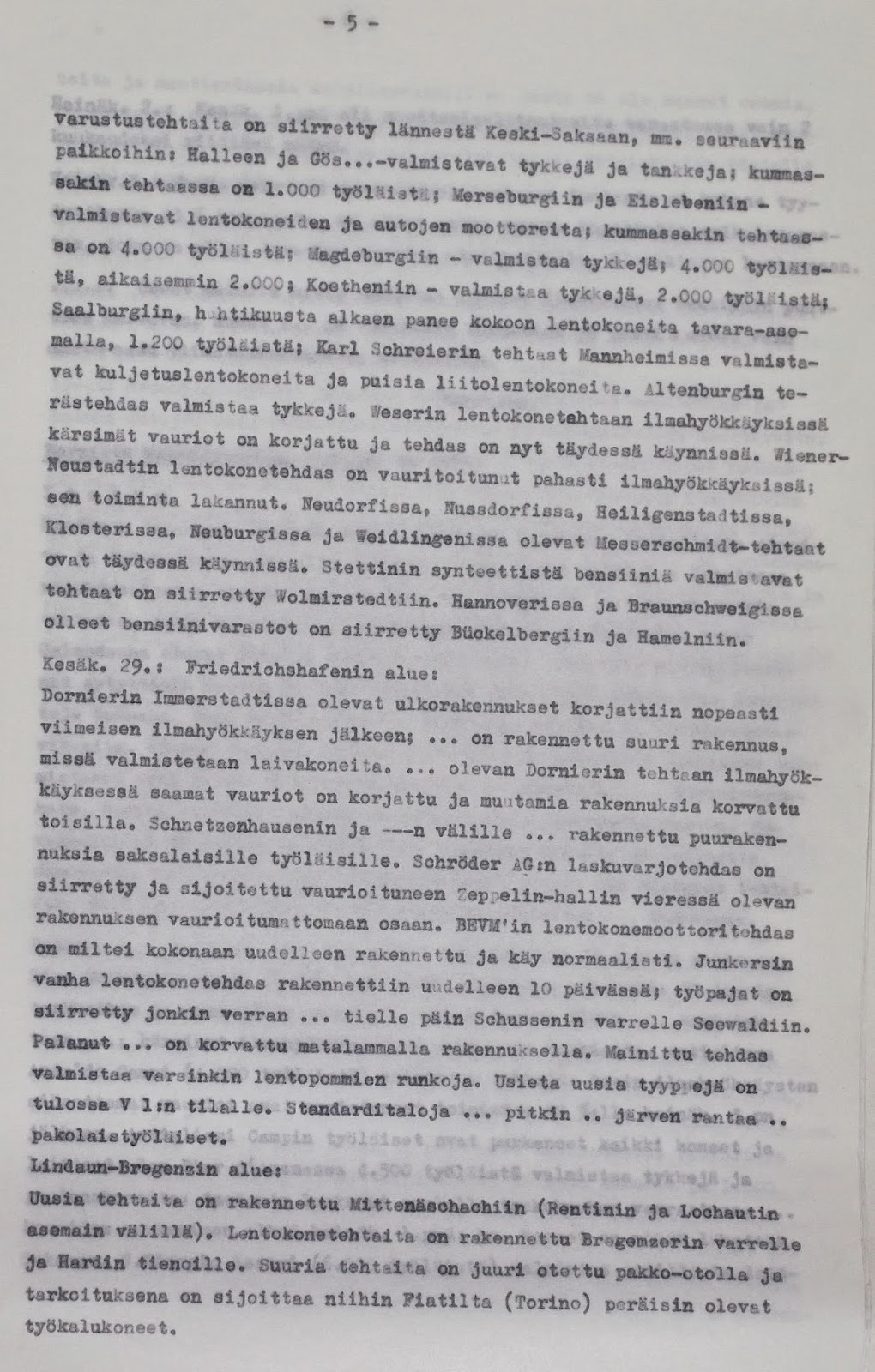 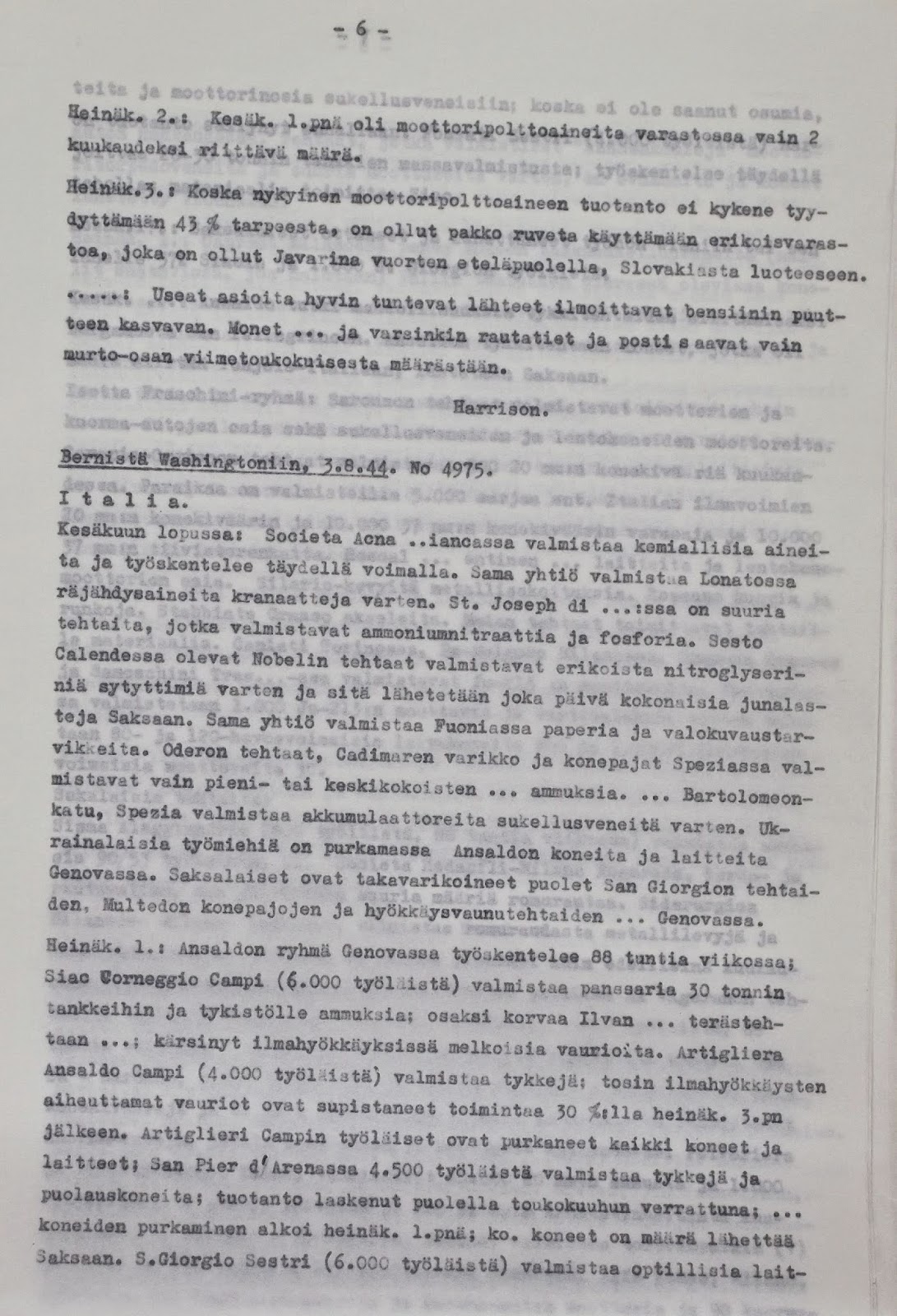 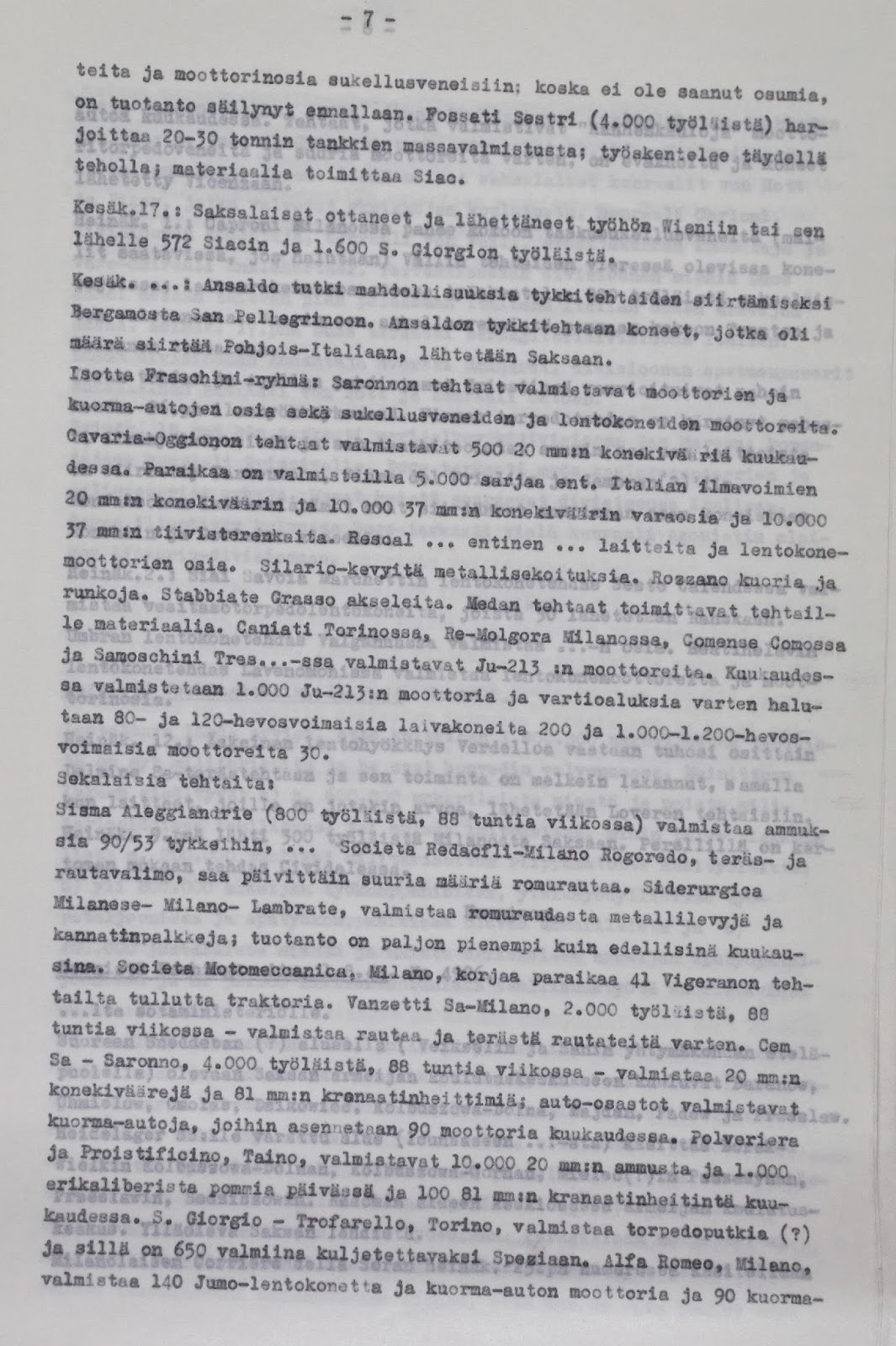 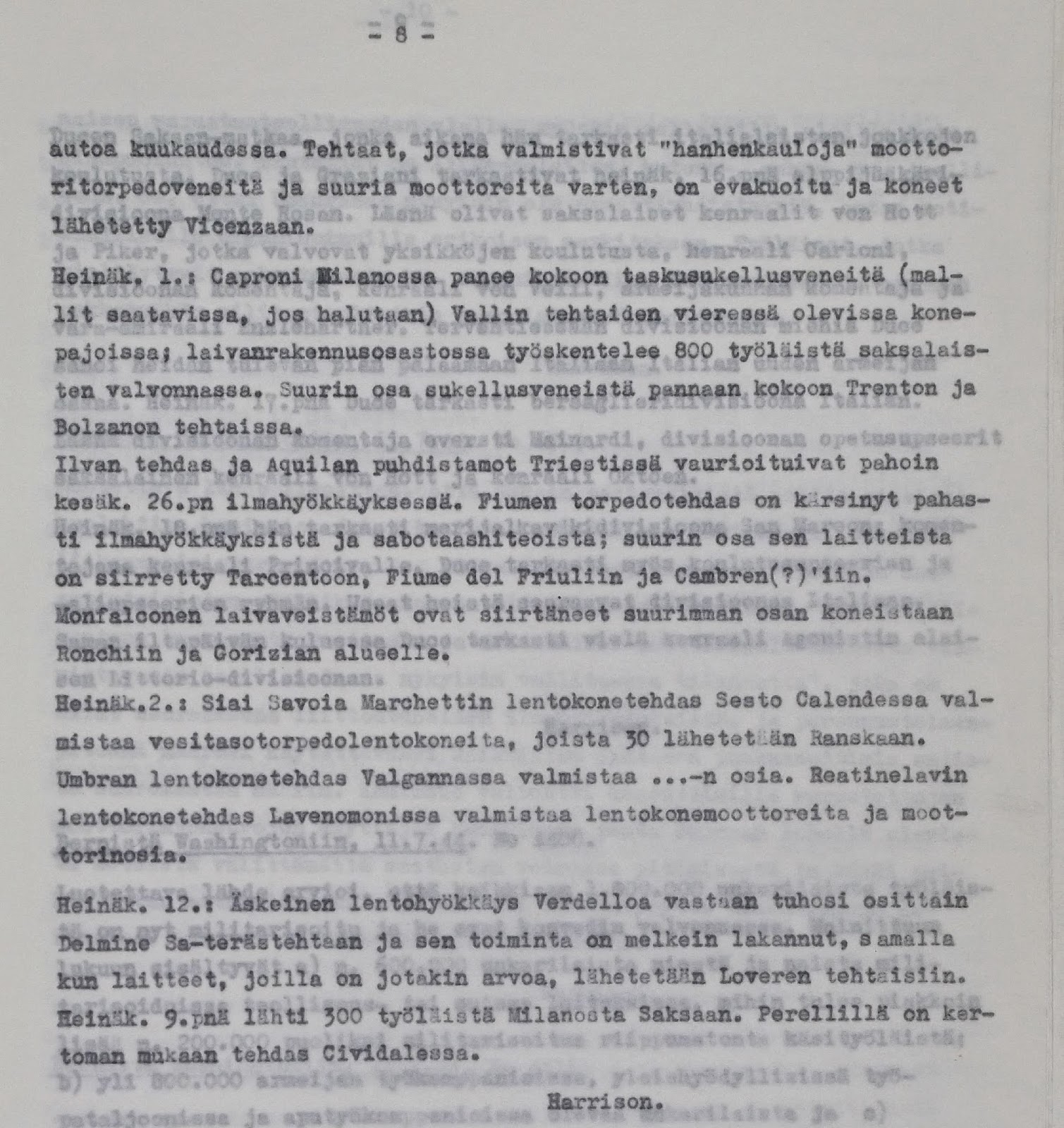 Note:
The messages in the Finnish archives were located and copied for me by the researcher Martti Kujansuu.