German exploitation of US Diplomatic strip cipher in 1944

By 1944 the Germans were retreating on all fronts. They were pushed back by the Allies not only on the battlefields but also in the field of cryptology.


The introduction of new secure procedures and cipher machines by US and British forces hindered their efforts in the West and in the East the use of one time pad for enciphering important messages forced them to concentrate on lower level traffic.


Still even this late in the war they could exploit some high level enemy systems.


Against the Anglo-Americans their high level success was the exploitation of the State Departments strip cipher. An OKW/Chi activity report for the first half of ’44 says:


‘Government codes and ciphers of 33 European and extra-European States and agents lines were worked on and deciphered. 17.792 VN were produced including 6.000 agents messages. From point of view of numbers the list was headed by Government reports of the USA, Poland and Turkey.’


‘A number of complicated recipherings, principally American (USA) and Polish, have been broken.’ 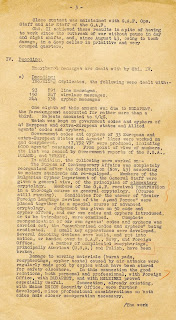 This is a clear reference to the M-138-A strip cipher. The Polish system was the codebook enciphered with a stencil.