The codebreakers of the Hungarian General Staff

Overview
Hungary, despite being a small landlocked country had an effective cryptologic service during WWII. The crypto service belonged to department X of the 2nd Division of the General Staff. It was located in the building of the Ministry of Defense in Budapest. 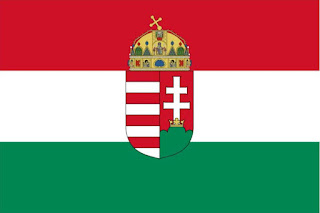 The department was headed during the 1920’s and mid 30’s by colonel Kabina. Then colonel Pokorny took over and finally colonel von Petrikovic.
Strength was about 35-50 people. Emphasis was given on the codes of Yugoslavia, Bulgaria, Turkey, Rumania and Italy. Their top cryptanalyst was Titus Vass and he was assigned to Turkish codes. Their successes were based not only on cryptanalysis but also on physical compromise.
According to German reports the Hungarians intercepted mostly diplomatic traffic from the Balkans and had good results on Turkish and Bulgarian codes. They cooperated with OKW/Chi from the 1920’s on Italian traffic but later extended this deal to cover other countries too. During WWII they also shared their work with the German security service SD. The Luftwaffe established an undercover monitoring station in Budapest in 1938 but cooperation with the Hungarians was poor.
The Hungarians also exchanged results with the Italians, the Japanese and the Finns.
At the end of the war the whole department was moved around. First to Steinamanger/Szombathely in Hungary and later into Germany .One report says they hid their archives ‘somewhere in Eastern Bavaria’. These would be the documents recovered by a TICOM team at Eggenfeld, Germany. According to EASI vol8 90 books were recovered at that location, indicating that the Hungarians had success with the codes of Belgium, Bulgaria, Denmark, France, Greece, Italy, Netherlands, Portugal, Rumania, Croatia, Sweden and the Vatican.
Relationship with foreign agencies:
Connection with OKW/Chi
The Hungarians had a long connection with the deciphering department of the Wehrmacht High Command.
In 1923 the Hungarians sent Colonel Kabina accompanied by colonel Pokorny to Berlin and they quickly reached an agreement with their German counterparts on the exchange of Italian material.
This cooperation was later extended to cover other countries and there was a constant courier between OKW/Chi and Budapest.
For the Germans the Hungarians were important because they provided them with radio intercepts, especially from the Balkan area. Fenner, director of cryptanalysis at OKW/Chi did not hold their codebreaking skills in high regard.
The Hungarians were also important due to their success in photographing the enciphering tables used with the US Military Intelligence Code No11. This code was used by US attaches around the world, including a mr Fellers in Cairo…
Connection with the Forschungsamt
OKW/Chi employee Victor Wendand mentions in TICOM I-202 that when he was returning from a visit to the Hungarian crypto service he met Seiffert, an employee of the FA who was visiting the Hungarian Abwehr (intelligence service). No other details are given.
Connection with the Sicherheitsdienst
The SD was the intelligence service of the SS. The Hungarian codebreaking department shared its results with the SD for a price.
This connection is described by SS Obersturmbahnfuhrer Urban, Liaison officer of RHSA/VI (foreign intelligence) with the codebreakers of the Hungarian General Staff.
According to Urban he was given decoded messages by the Hungarians and he translated them into German and sent them to SD headquarters. Work was heavy for Urban and his small group as they received 40-100 messages daily.
Wilhelm Höttl, head of SD foreign intelligence for Southeastern Europe, also mentions the decodes he got from the Hungarians in his book ‘The secret front: the story of Nazi political espionage’.
Connection with the Luftwaffe Chi Stelle
In 1938 the Luftwaffe signal intelligence service established a ‘Weather Station’ in Budapest. This station intercepted and decoded Yugoslav and Rumanian traffic. Cooperation with the Hungarians was not good as they were considered to be poor codebreakers.
Connection with the Italians
According to EASI vol8 ‘liaison with the Italians on cryptanalytic matters appears to have been very good. The Hungarians maintained liaison officers in Rome and made the results of their work available to the Italians’.
Connection with the Japanese
The Japanese military attaché in Budapest Lieutenant Colonel Shinta Sakurai certainly cooperated with the Hungarians, especially on solving Soviet codes. Unfortunately not many details are known.
Connection with the Finns
The Hungarians supplied the Finnish cryptologic service with intercepts. They also gave the Brazilian codes to the Finns. [Source: David Kahn in ’Finland's Codebreaking in World War II’ in ‘In the Name of Intelligence: Essays in Honor of Walter Pforzheimer’]
Organization of the cryptologic service